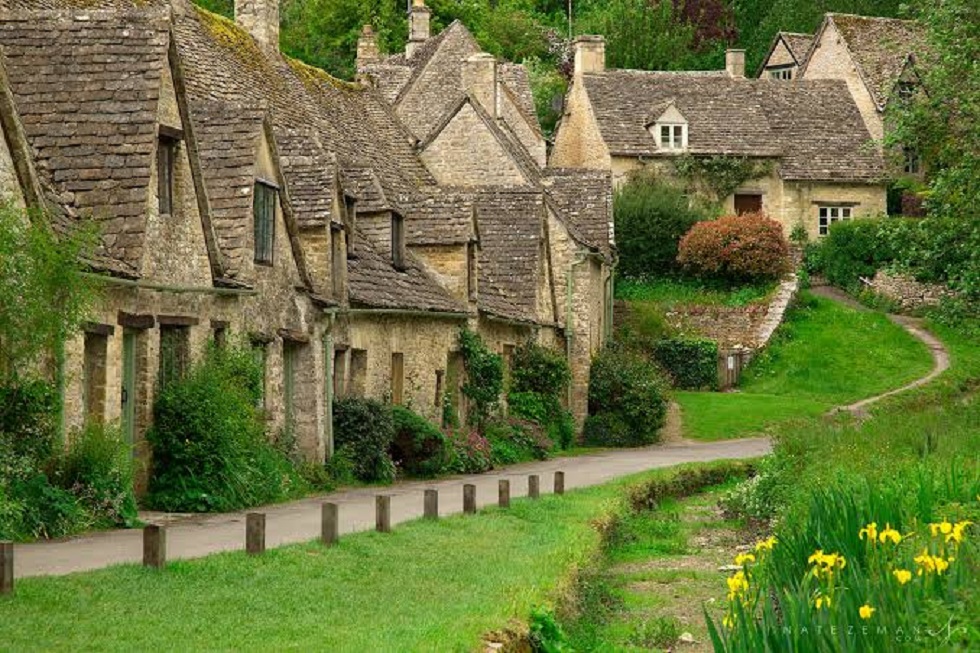 One of the most naturally beautiful parts of the United Kingdom, the gorgeous Cotswolds stretch between just south of Stratford-upon-Avon and slightly south of Bath: making it an area of substantial size and giving every traveller a lot of things to do. The boundaries of the beautiful counties of Gloucestershire, Oxfordshire, Wiltshire, Somerset, Worcestershire and Warwickshire are covered under the Cotswold region. The Cotswolds are characterized by cute little small towns and villages built using the Cotswold stone (which gives the region its name). The Cotswolds are designated as an Area of Outstanding Natural Beauty (check out the pictures below and you will know why). The entire region is filled with rolling green hills, miniature canals, chocolate box cottages, low priced hotels and a really high standard of produce to tantalise everybody’s taste buds. So, if that’s got your travelling juices flowing, check out

The 10 best things to do in the Cotswolds:

This extremely fancy pub with rooms is located in Chipping Norton. The Wild Rabbit is designed to be a cosy inn which serves as a home away from home. The rooms are extremely luxurious and the popular restaurant serves a delectable selection of Daylesford-farmed produce. Equipped with roaring fireplaces, organic food menu and soft Egyptian-cotton bedlinen, the Wild Rabbit checks on all the boxes for a quintessential posh English pub.

Located in Bibury, Arlington Row has been described as ‘the most beautiful village in England’ by William Morris. No trip to the Cotswolds can be complete without visiting the Arlington Row. It is easily one of the most photographed sites in England. This row of 14th century stone cottages is quintessential Cotswolds.

Located right in the heart of the Cotswolds, Stow-on-the-Wold is a historic, picture-perfect and quintessentially Cotswolds town. It is very well known for having some of the UK’s very best antique shops. This cute and abundantly characterful town was once very well renowned for its wool trade. The town’s large market square used to feature up to 20,000 sheep being sold at one point of time. When in Stow-on-the-Wold, don’t forget to check out St. Edwards Church. It is very famous for it’s gorgeous north door, which is flanked by two ancient yew trees. It’s not hard to believe the rumour that this Fairytale-esque feature inspired Tolkien’s ‘Doors of Durin’ in Lord of the Rings. With a surprising number of superb delis and restaurants for such a small town, The Old Butchers is the local favourite. As the name suggests, it’s a former butchers and now restaurant, serving meat and seafood in equal measure.

A perennial feature on the ‘prettiest villages in Britain’ list, Bourton-on-the-Water is worth the detour to see its lovely high street with the beautiful river Windrush running through it. Cute little arched stone bridges run across the river, and a lit Christmas tree is erected in the middle of the river during December. Get those waterside selfies in and check out the nearby Dragonfly Maze (an elaborate hedge maze). Birdland Park and Gardens lie down the road, for every penguin or parrot fan. The gorgeous village also holds a cute farmer’s market on the fourth Sunday of each month.

Situated at Great Tew, near Chipping Norton, the Soho Farmhouse is a gorgeous member’s club spread across Oxfordshire’s scenic 100 acres countryside. Fortunately you don’t have to actually be a Soho House member to stay at this glorious farmhouse. ‘Farmhouse’ probably gives the wrong idea – with a Cowshed spa, onsite country pub, boathouse (with indoor and outdoor pools on a lake), multiple restaurants, cookery school, farmshop, kitchen garden and cinema, this is more of a luxurious resort. If the weather permits, you can go horse riding, play tennis, or go rowing. If it’s raining, huddle up by the log fire in the main barn, with a stiff drink to get you warmer. The hotel accommodation ranges from studio cabins (complete with little wood burners and porches) to bell tents, or even an entire farm house.

Located in Kelmscott, the Kelmscott Manor is the Cotswolds retreat of William Morris, his friends and family. Famous British textile designer (among numerous other things) William Morris loved Kemscott Manor so much that his wife purchased it after his death in 1896. His daughter May spent much of her adult life there, and the entire family is buried in the grounds of nearby St. George’s Church. Morris drew inspiration from Kelmscott Manor for many of his famous and significant designs and writings. With its beautiful gardens, barns, meadow and stream, it’s not difficult to understand Morris’s attachment to the house. The Kelmscott Manor is filled with furniture, original textiles, pictures and paintings, ceramics and metalwork. Fans of Morris’s distinctive textile designs will love the gift shop (pick up a cushion or throw blanket) and there’s an onsite tearoom, too. The Kelmscott Manor is must-see for Pre-Raphaelite aficionados.

Located in Broadway, Tisanes Tea Rooms are inside a gorgeous 17th century stone building. In the modern world of Starbucks, traditional English tearooms are few and far between. Fortunately, the Tisanes Tea Rooms is an old fashioned Cotswolds establishment that will transport you straight back to the 1940s (minus the war). The Broadway setting is as picturesque as one might expect, and the menu is comfortingly classic (well-priced, too). Pick up a cured ham sandwich, a scone and jam and choose from an extensive array of over 30 different teas during your visit to the Cotswolds. While in the area, pop into The Gordon Russell Museum. Celebrating the work of the renowned furniture designer, the museum was opened in 2008 by Sir Terence Conran and is housed in the original Grade II listed drawing office and workshop. The shop has a spectacular collection of work by local craftsmen, including (but not limited to) stylish home furnishings.

The gorgeous village of Whichford and its surrounding area is home to loads of magical brews, salvage yards and a pottery workshop. Visit the family-run Whichford Pottery to dine at their cosy café and pick up a hand-thrown, frost-proof flower pot. If you have some time on your hands and fancy making a day of the visit, walk a few minutes down the road to check out Cox’s Architectural Salvage Yard after Whichford Pottery. Be prepared to be pleasantly surprised with bargain finds, like Belfast sinks, reclaimed floor boards and quirky reclaimed bathroom fittings. Finish your day off with a trip to the local Cotswolds Distillery for a tour, tasting or to pick up a bottle of gin, whisky or (for the truly daring ones) absinthe.

How to protect your eyes when your job requires a lot of computer work?

Top Resorts in Munnar for a Promising Travel Experience