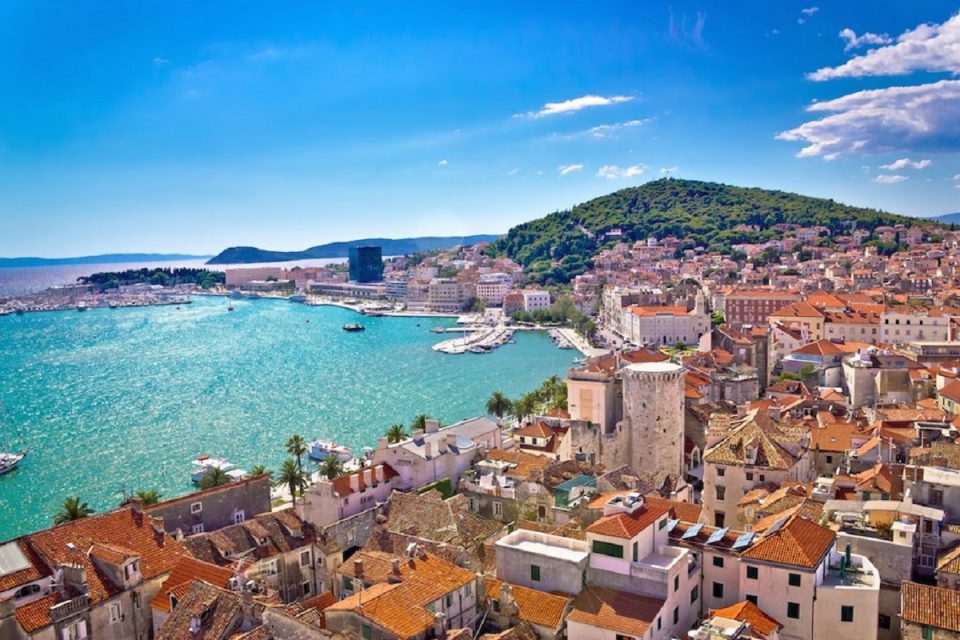 Dubrovnik, which is also known as the “Pearl of the Adriatic”, is one of the most beautiful cities to visit in Croatia (and Eastern Europe in general). The city’s beautiful setting was used as the backdrop for “King’s Landing” in the superhit show Game of Thrones. While in Dubrovnik, you can also enjoy the serene views of the Adriatic coast and immerse yourself in Croatian culture. This ultimate Dubrovnik travel guide will help you with your Dubrovnik travel plans. Let’s get started.

Dubrovnik Tourism: All You Need To Know

What is the history of Dubrovnik?

Dubrovnik, or Ragusa, as it was known in the past, was founded in the 7th century by those fleeing a nearby Greek city. The city, which remained under Byzantine control for a long time, became stronger thanks to its maritime activities and became the only rival of Venice along the Adriatic in a short time. The city had its peak period in economic, political and cultural terms in the 15th and 16th centuries.

During this time, many individuals of Croatian origin, especially poets, playwrights, painters, mathematicians, and physicists, played a leading role in the development of the local language and literature.

The settlement, which came under the rule of the Serbian Kingdom in 1918 as a result of the disintegration of the empire, survived the independence war period with heavy damage. The negative traces of the wounds he received were largely erased as a result of the renovation works that lasted until 2005.

When should you visit Dubrovnik?

Due to its location and the influence of the Adriatic currents, Dubrovnik’s climate fluctuates between the Mediterranean and the humid subtropics throughout the year. Therefore, the summer months are dry and sunny.

In July and August, temperatures hover around 28 degrees C during the day. In spring and autumn, daily temperature values ​​drop to 20 degrees C. Even on the coldest days of winter, the temperature in the city rarely drops below 13 degrees C.

Travelers, who prioritize getting to know Dubrovnik’s cultural and historical heritage, arrange their holiday plans mainly to coincide with the period between April and June. If you are considering traveling to the city for the same purpose and do not want to be affected by the crowd and hot weather, you can also choose September and October.

In addition, the Dubrovnik Summer Festival with the theme of music and theater, held between July 10 and August 25, adds a different atmosphere to the city. You can plan your Dubrovnik trip with the help of 12Go.

Things to do in Dubrovnik

Where to Stay in Dubrovnik?

Dubrovnik, where tourism is the most important source of income, has a total of 45 hotels, most of which are in the 3-star category, according to 2012 data.

An important part of the accommodation facilities in the city continues their activities within the boundaries of the Old City. If you choose among these facilities; You can have the opportunity to be close to places to visit, shopping and entertainment opportunities, eating and drinking places.

However, while doing research within the boundaries of the Old City, it should not be overlooked that the region is built on two hills. Because a facility that seems to be close to the center on the map can actually be located down the hill. This makes it necessary for some to use public transportation vehicles.

Which are the best places to visit in Dubrovnik?

Dubrovnik offers its guests a visual feast in terms of architecture, with the sculptures adorning its squares and the structures surrounding them.

In addition to its churches, monasteries, museums and fountains with eye-catching features, beautiful beaches opening to the Adriatic await you in the city. You can also get on the boats departing from the port and reach the natural wonders in a few minutes.

Many of the historical buildings that fascinate the visitors with their architectural details in Dubrovnik are located within the borders of the Old Town. When preparing a trip list for the region, you can put Stradun Street, which is considered the social center of the city, in the first place.

After walking around the street where Roman and Greek influences can be clearly seen, you can visit the Great Onofrio Fountain, which was decided to be built in 1436 as the most important part of the drinking water system and is located directly opposite the Church of St. Savior.

You can see a smaller version of this fountain in Luza Square. Bell Tower, Rector’s Palace, St. Blaise Church and Sponza Palace. It is one of the structures that attract the most visitors in the historical center of the city.

In the 13th century Franciscan Monastery, the library with a rich collection of items from the world’s oldest pharmacy awaits you. You can examine the most important works of famous Croatian painters in the Bukovac House, and the factors that made the city rival Venice for a long time in the Maritime Museum.

When you get away from the city center and reach the city walls, you will have the opportunity to see the magnificent gates and fortresses. The Minceta Fortress and the Ploce and Pile gates are some of the most popular structures in this part of the city.

While talking about the places to visit in the city, it is necessary to open a separate section for the beaches. Lapad, which is known by many as the most beautiful spot of Dubrovnik, has such rich content that it offers many opportunities for vacationers to have fun throughout the day.

Banje, which is divided into two parts as paid and free, offers travelers the privilege of enjoying the sea with the magnificent view of the city walls and the Old City. If you want to enjoy the cool waters of the Adriatic in a more secluded place, you can take the ferryboat and go to Lokrum Island.

The last topic of the Dubrovnik travel guide is the city’s unique nightlife. Many entertainment venues, especially those on Stradun Street, have a very lively atmosphere, especially in summer. However, all entertainment venues in the city are kept open until 1 AM. After this time, both local people and travelers prefer to spend time on the beach.

If you want to be in Dubrovnik’s limited but colorful nightlife, you can give priority to Cafe Bar More, Cafe Bar Libertina and Latino Club Fuego.

When you are in Dubrovnik, you will notice that there aren’t any extensive shopping streets or multi-storey shopping centers in the city.

Instead of these, small shops where you can bargain a little are waiting for you in Dubrovnik. If you find the prices in these shops high, you can try your luck at the market in Gundulica Square. The only business you can choose for grocery shopping in the city is Lidl, which operates near Cibaca Village.

Lavender bags are one of the most popular products of travelers in the city. Apart from the bags that you will find in many types in almost every shop, coral-covered jewelry also stands out with its pleasant appearance.

If you trust hundreds of years old recipes for skin care, you can buy creams offered for sale at the pharmacy in the Franciscan Monastery.

Gastronomy enthusiasts, on the other hand, can find more options in the city’s shopping venues. Croatian wines and liqueurs take the lead in this regard. Also, if you’re a chocolate lover, you might be interested in liquor filled options.

What to eat and drink in Dubrovnik?

The city has a rich culinary culture that will please gastronomy lovers. The effect of its geographical location and the active past play a big role in the formation of this culture.

In many places within the boundaries of the Old City, the menus consist of Italian dishes such as pizza, risotto and spaghetti. In fact, do not be surprised if you see stuffed peppers (Punjena Paprika) on the menu of a restaurant you enter to try Croatian cuisine.

Prices in the city’s food and beverage venues are not as cheap as other cities in the Balkans. However, there is no need to pay exorbitant prices for fresh seafood. Most of them already have menus with prices written on the door.

If you want to try authentic flavors in Dubrovnik, where there are no international chain restaurants, you can try Pasticada, Jannetina, Answer and Zelene Menestra first. If you notice that your energy is low while wandering among the places to visit, you can stop by an ice cream shop.

10 Books to Take You Around the World

The World’s Most Premium Destination Islands: How Bahamas Escort Girls Are Widely In-demand