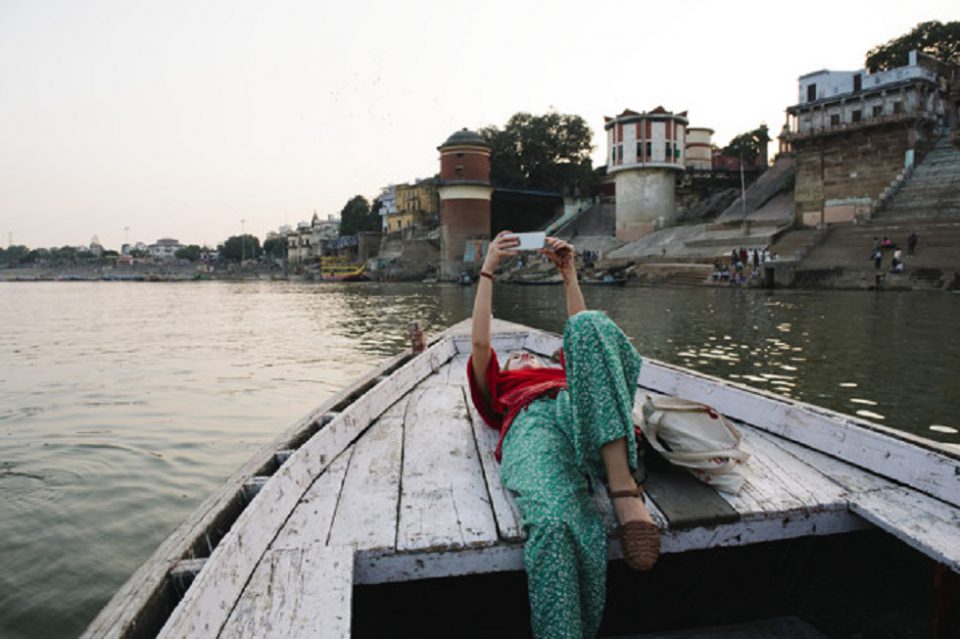 India is one of the most beautiful and colourful countries on the planet, comprising a massive variety of amazing places to visit around it’s 3.287 million square kilometer span, which holds the second largest population on the planet behind China.

In the country of India one can find hugely varied and diverse cultures, depending on which part of the country you’re staying in. One can also come across the growing Bollywood film industry, which started off locally and ended up becoming a worldwide entertainment sensation, featuring many international movie stars.

Not only that, the architecture is incredible, the food is delicious, the sporting culture is more thrilling & exciting than it ever was, and we all know the intriguing spirituality that can be found in India.

There’s plenty of sights to see and places to go to around the whole country of India. Here we’re going to show you some of the coolest, most unmissable places to experience when traveling to India.

Pushkar is one of the oldest cities in all of India, and is known as the oldest religious hub in India, with a temple that dates back over 2000 years. Here one can find many historic remains and some very interesting sights to see, which will surely make your Indian getaway a lot more satisfying. This little city consists of numerous tourism hotspots, including the one of a kind Brahma Temple and a very eagerly celebrated famous fair, along with so much stuff to learn about India’s ancient culture and some top of the range hotels and resorts. You can also go for a nice relaxing swim at the Pushkar Lake.

Filled with an abundance of all-out nature, covered with a thick layer of pine and deodar trees, accommodating various beautiful streams, a closeby snowline, cool fresh air, and more, this extremely appealing and relaxing environment is the perfect chill-out getaway spot for anyone who has a soft spot for locations that boast gorgeous greenery. The amazing Dharamshala has become one of the most sought out travel destinations of all time, and it also accommodates a group of Tibetan evacuees, along with the seat of the 14th Dalai Lama, from the Buddhism faction of Tibet.

In the city of Daman, one can find India’s largest casino resort, where one can play any of 30 table games and 1000 gaming machines spread out amongst the 60,000 square foot casino. The Deltin Daman also comprises a 5 star hotel that features some 176 luxurious rooms and one of the world’s largest getaway resorts spanning over a total of 10 acres, or half a million square feet. Let’s not forget to mention the scrumptious traditional Indian cuisine that leaves you licking the remains of your meal off your plate and fingers due to how amazingly scrumptious it tastes! One can also try out an online casino in India, if you’re not so sure if you want to rush head-first into the brick-and-mortar casino.

We’ve all heard of the incredible Pink City, also known as the city of Jaipur. Not only is it an amazing place to explore with so much historical architecture that will leave you impressed with how they could have possibly been built so many years ago without the convenience of nowadays’ technology, it’s also perfect for a beautiful energizing outing. It’s called the PInk City because it has pink dividers and structural remains of the age-old city. This massively guest-drawing city is one of the most prominent Indian attractions and has plenty of spots which any traveller would love to visit, like the royal residences, fortifications, Amber Fort, Hawa Mahal, Nahargarh Fort,  Jantar Mantar, Albert Hall Museum, Jal Mahal, and so much more!

Here’s a more unique entry. A place that needs no explanation or description… Shimla is a place of picturesque beauty amongst the high snowy hills and mountains that are just a spectacular sight to see. Filled with stunning snowy mountains, incredible greenery and amazing lakes that would just change your life and the way you look at the world forever. This is one of very few places where one can experience the true appreciation of the everlasting beauty of nature amongst the world. Shimla is just a magnificent place to visit in all aspects, whether you’re looking for a hike, snow sports like skiing and snowboarding, or just simply sitting back and enjoying the uplifting, euphoric scenery. Definitely one to cross off my bucket list!

Films About Animals the Whole Family Should Watch

Top 20 Most Remote Places In The World

10 Best Things to Do in the Cotswolds