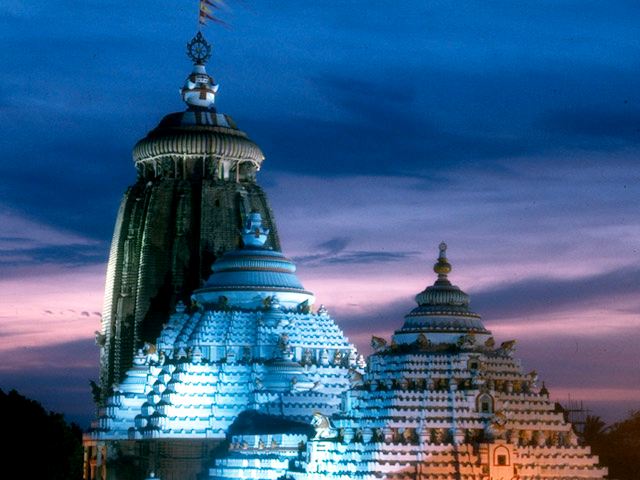 The most significant feature of the Puri Ratha Jatra – the world famous car festival celebrated in Odisha, India – are the towering temple-shaped chariots that are built to carry the three deities from the Jagannath Temple to the Gundicha Temple. These chariots are undoubtedly an architectural delight! The utmost fascinating aspect is the detailed process by which the chariots are newly made every single year. The process takes places in various stages, each coinciding with an auspicious festival on the Hindu calendar.

Interesting Facts About the Craftsmen 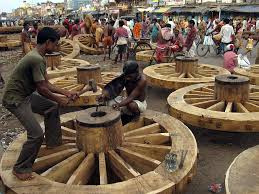 The whole process of making the massive chariots are done in different stages. Some of the important stages are highlighted below :

Delivery and Cutting of the Wood 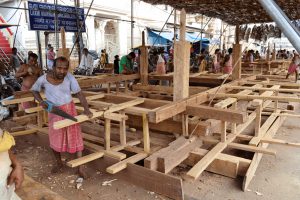 Construction of The Chariots 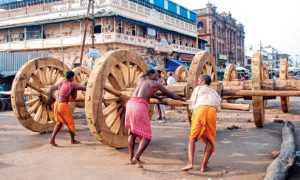 Decoration of the Chariots 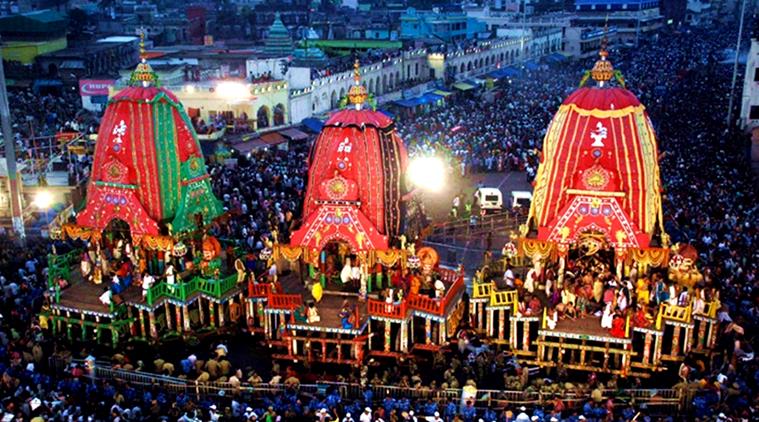 What happens to the chariots after the festival of Ratha Jatra is over?

Each of the three chariots in the Puri Rath Yatra festival carries one of the deities from the Jagannath Temple. Each chariot is attached to four horses, and has a charioteer. Their details are as follows: 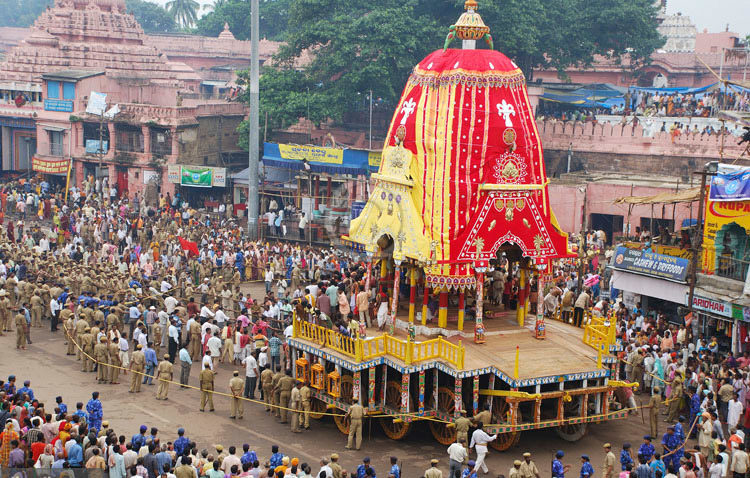 Chariot Colors: Yellow and red. (Lord Jagannath is associated with Lord Krishna, also known as Pitambara, “the one draped in golden yellow robes”). 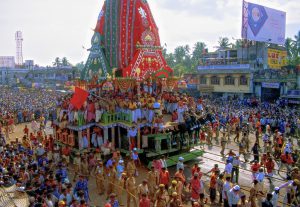 Chariot Name: Taladhwaja — meaning “one with the palm tree on its flag”. 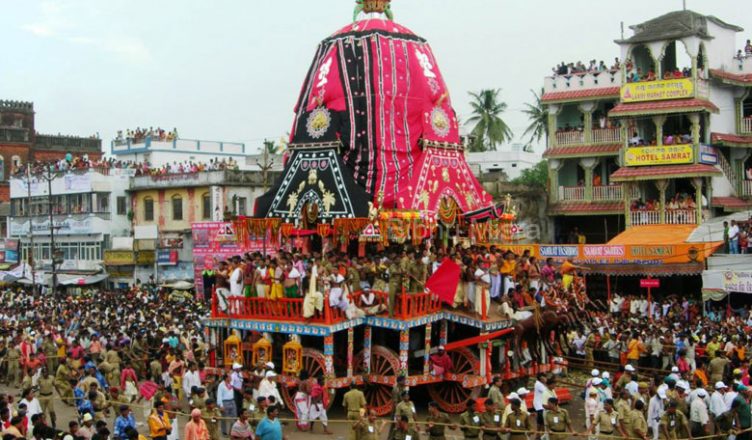 Significance of the Chariots

The temple-shaped chariots in the Puri Rath Yatra festival have special meaning. The concept is explained in the holy text, the Katha Upanishad. The chariot represents the body, and the deity inside the chariot is the soul. Wisdom acts as the charioteer that controls the mind and its thoughts.

There’s a famous Odia song that says that the chariot merges and becomes one with Lord Jagannath during the festival. Simply touching the chariot or rope that pulls it is believed to bring prosperity.

Not only are the chariots in the Rath Yatra festival made out of wood, but the three deities (Lord Jagannath, his elder brother Balabhadra and sister Subhadra) are as well. They’re hand carved usually every 12 years (although the shortest period has been eight years and the longest 19 years) in a process known as Nabakalebara. This means “new body”. The festival takes on added importance in the years that this happens. The last Nabakalebara ritual took place in 2015. Take a look at the complete handbook on Ratha Jatra to know all about this grand festival.

Do not forget to drop your comments on how you liked this post.

You can read more of my travel stories at Wander Bird.