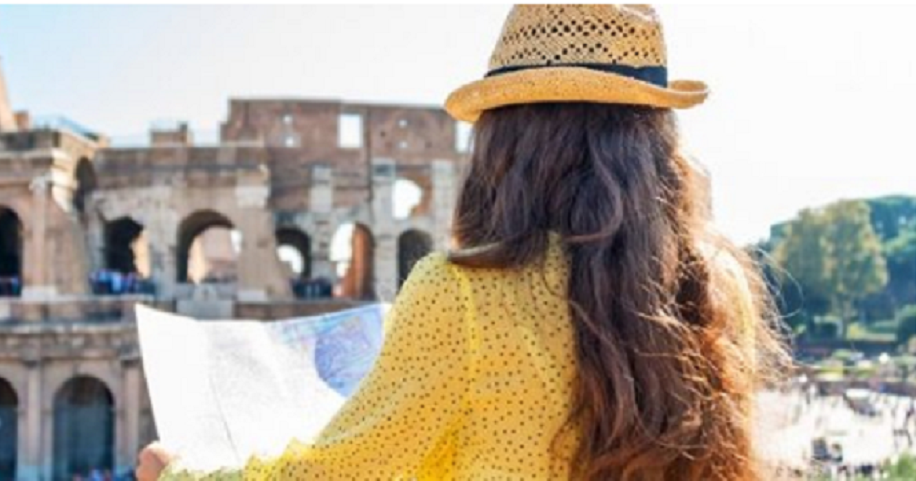 This blog post of mine can be dedicated to one of my friends, Ruhi who shared an amazing experience of her first ever solo travelling. At first, we tried to stop her from doing so and asked petty questions out of bewilderment, “Aren’t you scared? What will happen if you are attacked by some robbers?  What if…….and so on.

She accepted that she was quite scared and felt lonely before starting the trip. However, she was not robbed only because she carried no money in her back pocket and got lost every time!
“It was one of the best experiences for me”, Ruhi said.
Ruhi waited all her life to travel to Rome and as she approached towards her final year examinations, she became determined to travel to an international place after completion of so many hard years and before approaching her master’s study. She never planned going to Rome all alone, but her family and friends showed no interest. At last, she was sure to travel alone for the sake of fulfilling her dreams. She booked a travelling agency who took tourists around Rome, Italy. Finally, visa was confirmed and flight tickets got booked.
With the very start, things turned grey for her. The tour agency Ruhi had booked had cancelled the trip due to some inconvenience caused that made her reschedule the entire trip. Her departure date could not be cancelled as it would waste her entire ticket’s cost of both sides. Being sad hearted, she approached and hoped to find a good place to accommodate herself.

On reaching Rome, she felt a bit feared and insecure for being alone and moreover, she knew no one out there. But, her strong determination to enjoy the trip kept her spirits alive. At Aurelia station, she took a train to Vatican City. However, the size of the stations and the train took her by surprise as they were much different from India. Her hostel was very close to the station, right near the next street, but due to language problems she had taken much time than anticipated. Even, pulling a map right in front of local public would make you feel distracting just like over-enthusiastic traveller. So, she started walking towards her destination confidently, trespassing several lanes unknowingly and finally reached her hostel.

Lesson 3. Show more confidence at new places, whether fake or not and look at things as if you know what you want to do.

After dropping the luggage, Ruhi went out for a walk as she had no plans for the next few days of her trip. Finally, something interesting came in front of her eyes that made her approach it. Although it was not understandable, but the area she went looked like something suitable for tourists and outside visitors. The streets were all lit up beautifully with painted balconies and shutters that looked amazing. The fountains and restaurants told fascinating stories in themselves, as said in books of Italy.

Ruhi found herself lost in the air of Rome when she walked at the beautifully paved road. The things worsened when she took a bus, not knowing where it will take her to.

After the bus stopped, she found that she was the only one sitting and all the other fellow passengers got down. She joined them and tactfully sat on the other bus that was scheduled to return back near the station area.

For the next fifteen days, she visited some very famous places at Rome like National Rome Museum, Ostia Antica, Palatine Hills, Saint Peter’s Square and the very famous Trevi Fountain. Even after visiting so many places all alone, she still felt perplexed many times.

Lesson 5. In your life, get lost once. Maybe you find any hidden gems kept for you.

Rome have many amazing places, filled with treasures for which even an entire year may fall short. Ruhi’s trip with her travelling group would have not been such mesmerising as much as she enjoyed travelling under her own ways. Although, she was frightened many times, who would not be, but overall the trip proved to be one of the best experiences for her.

Lesson 6. Sometimes, things get spoiled to become more better for you. Never get discouraged.

The unplanned short trips and events made more meaningful experience for her. She travelled slowly and took time at each destination to explore them in depth. She even joined a group on third day for her trip and learnt how to solve problems during solo travelling.

After she returned back, we could see a sense of change in her. She looks more confident, independent and full of energy that made us think about travelling alone at least once in lifetime.

Lesson 8. Never let anyone scare you for travelling alone. Solo travelling can turn out to be the best ever gift given to yourself.