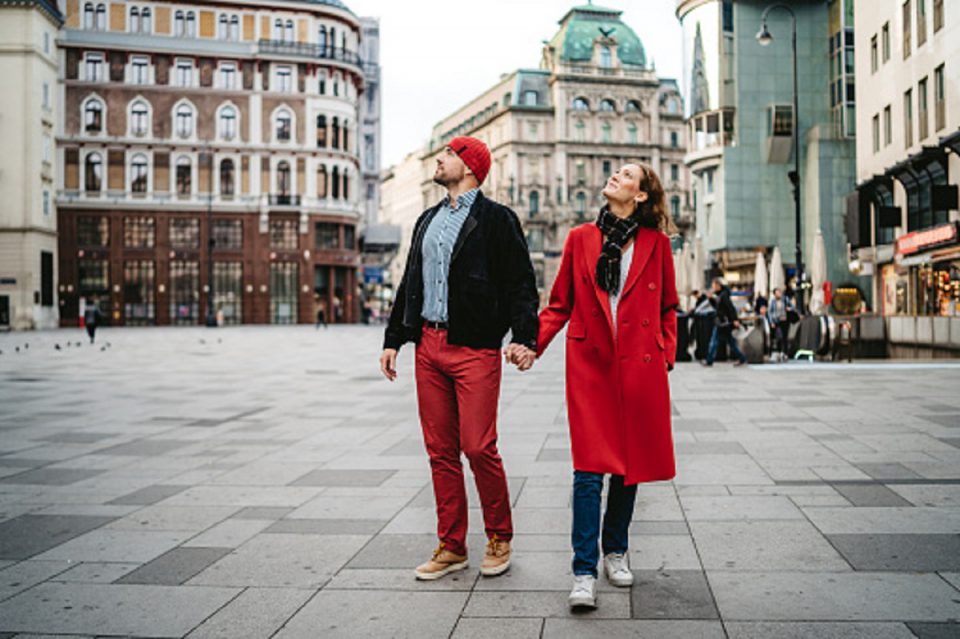 Vienna is one of the most comfortable cities to live and travel. All the current architectural masterpieces, rich museum collections – all the credit goes to the Habsburg dynasty, which turned Vienna into a magnificent imperial capital of the Austro-Hungarian Empire.

When you’re ready to take a Vienna free walking tour, you’ll want to know more about this paradisiacal city!

Read below to find out everything you need to know about Vienna.

Visiting Vienna is not tied to the time of year. There is always something interesting going on in this city. Jazz festivals, Vienna’s Oktoberfest, Christmas fairs, a succession of costume balls, modern art exhibitions.

Museums exhibit works by famous masters. In the Imperial Treasury you can look at the Holy Grail bowl and the Spear of Destiny. Year-round classical music concerts based on works by Austrian composers take place in the halls of the old imperial palaces.

Here are the peculiarities of this city:

Vienna is located in the northeastern part of Austria at the foot of the Alps, on the banks of the Danube. It is also home to the River Vienna, which gave its name to the city. The capital of Austria lies on a hilly plain, the surrounding area is covered with forests, and on the slopes of the hills grow vineyards.

The climate is temperate with warm summers and mild winters. The annual precipitation is just over 600 mm. The average temperature in summer is about 20 degrees, and in winter – about zero.

Stores are usually open every day except Sundays. Large malls and supermarkets are open until 10 pm Many stores (including brand names) can be found in Kärntner Straße, Graben, Kohlmarkt, and Mariahilfer Straße.

Vienna boasts one of the most famous culinary traditions in the world. The varied but truly harmonious range of dishes reflects the combination of national and cultural traditions in the former multinational empire. The Austrian capital is primarily famous for its coffee, and desserts – the famous Sacher cake and strudel.

Vienna is a city with a rich history, the capital of the once mighty empire. Here you can find great sights, historic buildings, and cultural monuments. But Vienna is especially famous for its museums, theaters, and art galleries.

The developing economy, high cultural level, low crime rate, and generally developed organization of life make Vienna one of the most popular cities in Europe, not only for residence, education, and work but also for tourism.

The history of Vienna is more than two thousand years old. Its history can be studied at length and in detail.

But here is some information that travelers will be interested to know:

3. The language is German. Although Austrian German differs from traditional German in terms of pronunciation and morphology.

6. The main religion is Roman Catholicism.

7. Vienna is one of the safest cities in the world. There are no slums or areas to avoid. You can walk around the Austrian capital whenever and wherever you want.

8. Special mention should be made of high-quality drinking water, which is as good as, and sometimes better than, bottled water.

9. Vienna has an excellent public transport system: subway and suburban trains, streetcars, and buses. A single ticket is valid and must be stamped at the entrance to the subway platform, streetcar, or bus. Tickets can be purchased from special machines at subway stations and tobacco kiosks.

If you have the opportunity to visit this city – do not even hesitate. Take the word for it, Vienna will captivate you.

So, the atmosphere of Vienna can’t be conveyed in words, you have to feel it. When you come to this city, you can see and appreciate it for yourself with the best excursions from freetour.com.

What Causes Severe Sleep Apnea and How Is It Treated

Why Insuring Your Health is a Smart Investment: A Full Guide