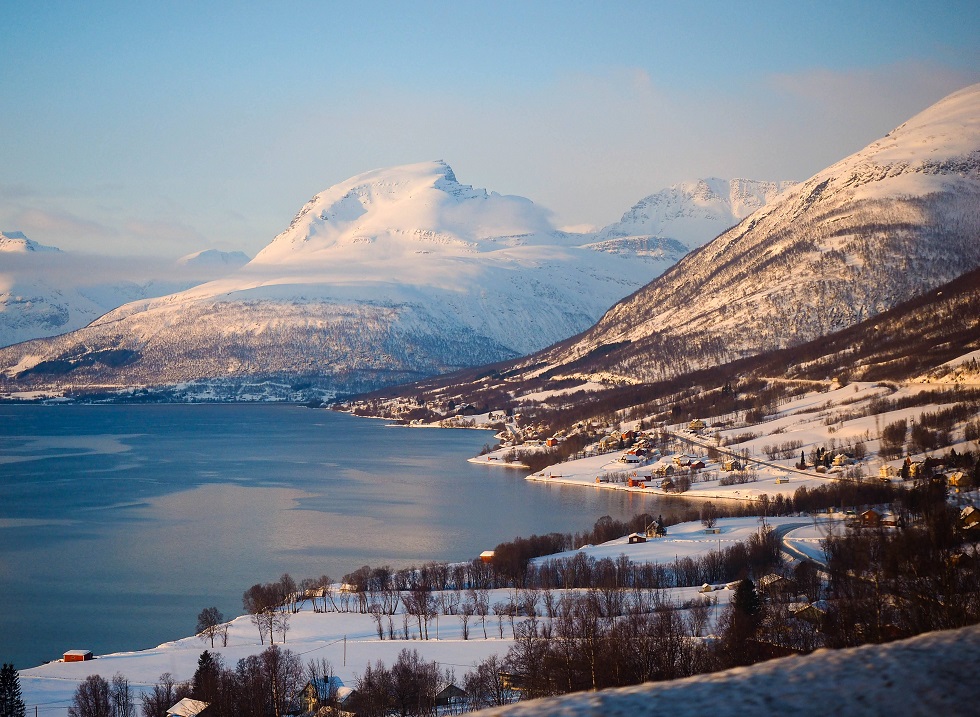 At the beginning of the 21st Century, the northern Norwegian city of Alta was named the ‘Northern Lights City’ or Nordlysbyen Alta in Norwegian. This far-northern outpost belonged to Finland for years and was inhabited by 18000 people and was inherited virtually only by the Sami, who held a well-known fair in autumn and spring until the end of the 1960s. A lot of destruction during the Second World War resulted in almost the entire area being razed. So most of the stuff in Alta is very new. Serving as the mercantile and commercial capital of Finnmark, Alta has enjoyed a lot of British patronage in its heyday during the 19th century. The British lords came to Alta to fish in the Altafjord, which was famous for having the world’s best waters for catching salmon. Alta is situated deep inside the Arctic Circle, around 375 kilometres north of the Arctic Circle. The heart of Finnmark is also known as Norwegian Lapland. Recently its population has peaked to 20,000 inhabitants and this steady rise in inhabitants is reflected in a number of growing restaurants, shops and things to do.

Alta has a rich history and culture, in 1960 rock carvings and paintings thought to be several thousand years old left by hunters and fishermen were discovered by a local farmer. The importance of these rock carvings were acknowledged in 1985 when they were inscribed into UNESCO’s World Heritage List.

When walking around the centre of Alta, you might notice that the buildings are quite new and homogenous with their metal cladding. There are very few traditional wooden cabins and there’s a reason for this: Alta was almost entirely destroyed during the cond

While it’s clear that Alta has had a difficult past, its future is bright with more and more people calling it home and more and more people wishing to visit in hope of experiencing much of the adventure and magic associated with the Arctic such as the Northern Lights. If you want to see the Northern Lights, sleep in an igloo and go snowmobiling then you’ll have to go in winter. But if you want to experience 24/7 sunshine, go hiking across Alta’s stunning mountainscape and just generally enjoy longer days for sightseeing then summer is the season for you.

Alta is quite remote but since you’ve already travelled all the way to the Arctic of Norway, I recommend visiting North Cape, Tromsø , the Lofoten Islands, Bodø and if you’re feeling really ambitious, Svalbard, which is also referred to as the ‘last stop before the North Pole’. I’ve been to all these places and recommend them wholeheartedly for an unforgettable experience. If you can’t hire a car, all of these destinations are located along Norway’s beautiful coastline so can be reached by Hurtigruten Ship or by Wideroe which are small, local planes used by many locals. If you are planning to spend a long weekend or a long vacation in this northern wonderland, this post is just for you. We are going to look at the best things you can do in Alta. Don’t worry, it won’t just be snow, snow and more snow.

Here are the best things you can do in Alta, Norway:

To have a completely unique observation of the Arctic landscapes of Northern Norway, take a snowmobile safari through the Norwegian wilderness. Both of the trails here are around 30 to 35 km. You can also visit the Igloo Hotel for about 1.5 hours.

There is also a tour guide available to escort you to Sorrisniva. Prior to the safari’s start you will be provided with the prerequisite safety equipment (It’s Norway, they will be very thorough with the safety equipment, don’t worry) . You will also learn how to drive the snowmobile and general rules about driving it.

Sorrisniva is one of the first snowmobile providers in Norway. Your driving experience through the mystic and gorgeous expanse of snow-covered wilderness will be 100% awesome and 100% safe. Drive your snowmobile through the Alta Valley, all the way to the Finnmark plateau and enthrall yourself under a lovely arctic night sky.

Sleep in an igloo

Alta has a wide range of accommodation for all kinds of travellers. You can opt for icy beds or chain hotels, depending on your budget and desire. The Sorrisniva Igloo Hotel is an incredible accommodation alternative and it’s built from scratch every year, using nothing but ice and snow. Don’t worry, you won’t freeze to death inside this icy wonder. To help you stay snug and comfortable in the cold, the rooms have very warm sleeping bags and sleeping bags made out of reindeer leather. Inside the sleeping bags, the temperature ranges between -4°C to -7°C. However, you can also get two hot tubs and a sauna if the cold becomes absolutely unbearable.

The central building of the Sorrisniva Igloo Hotel also has changing rooms, showers, luggage storage, and a restaurant. If you reach the hotel in daytime, you can go across the hotel and enjoy a relaxing drink in the ice bar.

The hotel remains open from the middle of December to the end of March, and you can book the rooms directly.

The Alta Canyon is one of the largest canyons of Northern Europe. You can enjoy a trip to this wonderful canyon via a canoe or a riverboat; you can drive in a car or take a guided bus tour; and if the weather is pleasant, you can even hike all the way up to the canyon.  You can visit the power plant and dam only on guided tours as the road is currently closed. You can bike, walk the last 7-8km, or take a hiking tour from Gargia Mountain to the Canyon. If you choose to paddle your way on a riverboat, you can start on the Alta River in Sorrisniva.

There are lovely mountains and fjords all around the observatory. Wherever you look, the view is bound to take your breath away. The observatory is not accessible by a drivable road, you have to walk for 2 hours down the road. You can also stop by at the first Scandinavian copper industrial works during this trip.

The Alta Museum is a UNESCO World Heritage Site. It is one of the largest and most famous rock carving locations in Northern Europe. It has carvings made by gatherers and hunters, and the oldest of them were dated back to over 7000 years. During the brief snow-free spell of the year, you can also enjoy a walk through the rock art park.

It remains open all year round and shows exhibitions on rock art along with various exhibitions of cultural history. Temporary exhibitions are also held on themes like angling and Northern Lights. There is also a café with a beautiful view of the souvenir shop and Alta fjord.

This war museum is located off the city of Alta in Kafjord in Finnmark county of Norway. You can spot one of the most extensive exhibits of artifacts and photos from the battleship.

Tirpitz is a battleship of Bismarck class built during the Second World War for the German Kriegsmarine. Tirpitz is the battleship, which served as a significant threat to supply convoys to Murmansk in the erstwhile Soviet Union.

While Norway was under Nazi occupation during the Second World War, the German military established a naval base in Altafjord. The purpose of the base was to stop the Allied convoys from delivering supplies to the Soviet troops. This blockade was critical for Germany to succeed in the war at the Eastern Front.

Belonging to the Church of Norway, the Alta Church is a parish church in Norway’s Finnmark County.

Within Alta, the church can be found in the Bossekop area. It served as the main church for Alta for many years. This white wooden church was built in 1858. The long church style was penned by Stephen Henry Thomas, the famous architect. The capacity of the church is around 230 people.

This church lost its status as the main church of Alta after the Northern Lights Cathedral was completed in 2013.

Northern Lights Cathedral was recently built in 2013 and has become an iconic landmark in the small city of Alta.

The striking contemporary appearance was designed by the Danish architectural firm Schmidt Hammer Lassen Architects. They are responsible for many other notable buildings in Scandinavia such as the Black Diamond Library in Copenhagen.

There’s not much more fun you can have in the Arctic than when you’re dog-sledding. Unless you have a fear of dogs, you’re going to love these furry beasts as they lead you into an unforgettable journey through the Arctic wilderness. A lot of companies rent out dog sleds for tourists so you can easily find your pack of huskies for a sled ride to remember.