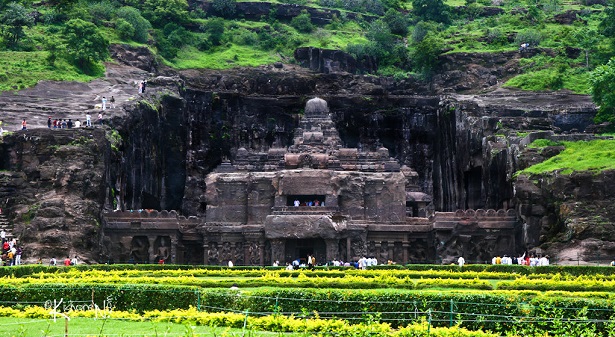 Aurangabad was named after the Mughal emperor Aurangzeb. When he conquered the region the name of the town which used to be Fatehpur was changed to Aurangabad in 1653. Fatehpur was named by Fateh Khan, a son of a Malik Amber, prime minister of a Muslim kingdom of Ahmednagar. Fateh Khan named the place as Fatehpur in 1626. When Aurangzeb took the throne he used the place for the strategic purpose. He would make out strategies against Shivaji in order to suppress his rising reign and power. Aurangabad was at the center of India which is why it was such an important location to conquer. The place used to be considered as one of the safest locations as far as to keep a good control over other cities are concerned.
The city was also influenced by the rich Buddhist culture. The caves of Ajanta and Ellora depicts a deep story in themselves. The beautiful carvings on the walls are witnesses to the kind of study, teachings, and lifestyle they used to adapt. Aurangabad has some beautiful neighboring cities as well which is why it has been overshadowed when it comes to the important tourist destinations. Pune, Shirdi, Mumbai, and Nasik are some of the examples of those cities The flair and glare of these developed cities cast a shadow on the rich history of Aurangabad as a result, it loses its value on the list of the travelers and explorers of history. It is blindly obvious that one can take nothing away from what cities like Mumbai and Pune hold when it comes to history but the same amount of attention also needs to be given to the city of Aurangabad as well. In the history books, Aurangabad stands as tall as Delhi or Agra. It is a treat to the explorers of history and people who are curious about the ancient culture. 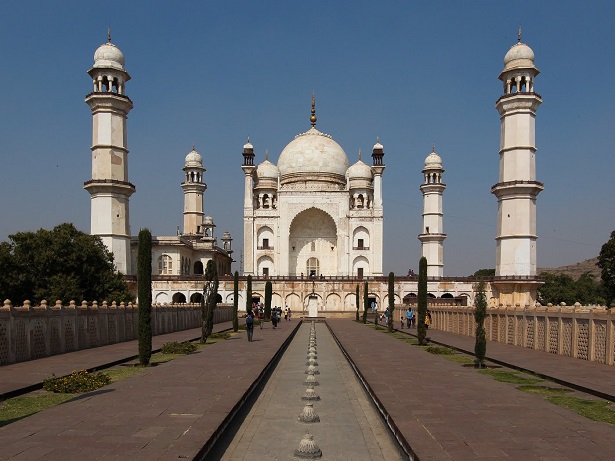 Bibi Ka Maqbara is considered as another symbol of love just like the beautiful Taj Mahal. The monument was built by the Mughal emperor Aurangzeb in honor of his wife Dilrabanu begum in 1651-1661 in which he invested a large sum of money. The monument looks much identical to Taj for a variety of reasons and it has 4 minarets on 4 corners. It is situated on an elevated platform; one can reach the monuments from 3 sides. Inimitable designs, beautiful carvings, and marbles, the place has a lot to offer to tourists.

By Road – through an auto rickshaw or bus.
By Rail – Railway Station just 12KM away.
By Air – Airport just 11KM away. 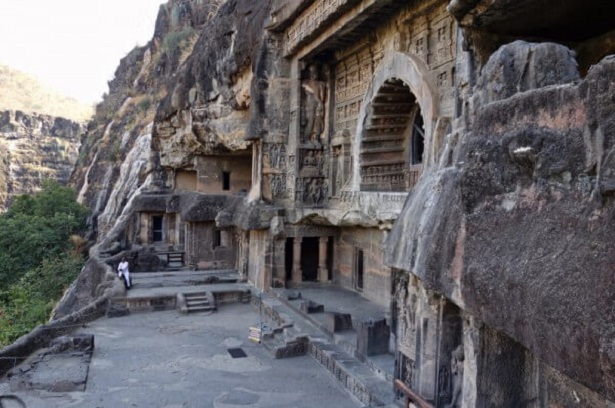 Ajanta caves exhibit how the Buddhists people used to conduct their life by attaining peace and tranquility. They used to study, reside and worship in 30 caves which are discovered by the explorers. The architects believe Ajanta caves is one of the best and finest architectures built in India till day. A large number of tourists visit Ajanta caves and they never hesitate in admitting that the place has so many things to explore which is something they never expected.

By Road – by bus.
By Rail – Pachora Railway Station just 38.5KM away.
By Flight – Aurangabad airport just 99KM away. 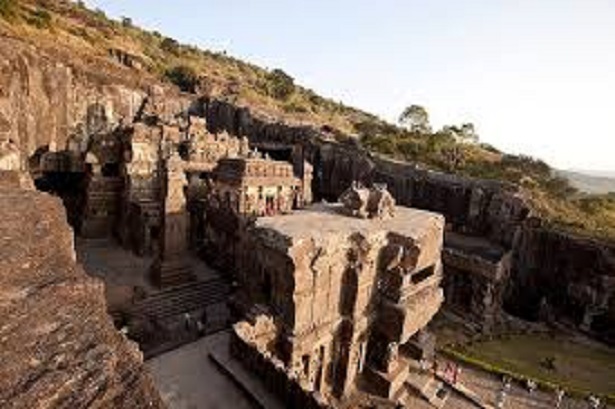 Ellora caves are considered to be a place that symbolizes the beauty of unity among the Buddhist and Jains. In the late 5th and 10th century these caves were manufactured and carved in such a way that it represents the unique cultures of Jains and Buddhists. The structure has different levels where every level has its own story behind it. There are quarters in the structure which were formally used for the purpose of cooking, sleeping and daily life stuff.

Opens on Sunrise Closes during Sunset, open on all days except Tuesday.

By Road – By taxi.
By Rail – Aurangabad Railway Station just 22.9KM away.
By Flight – Aurangabad Airport just 29.4KM away. 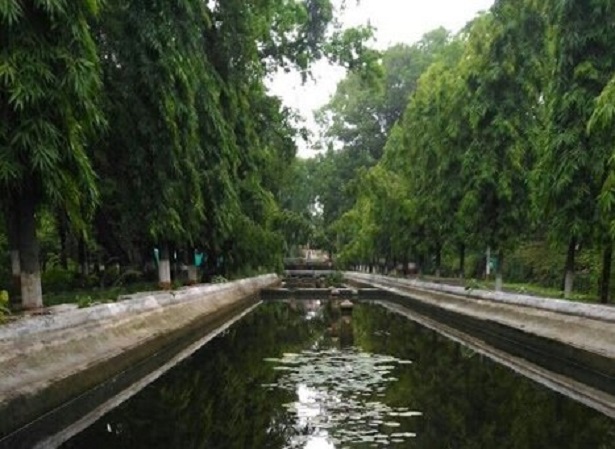 The Himayat Bagh occupies 300 acres of land, built by the Mughal Emperor Aurangzeb in the 17th century. There are a lot of herbs, flowers, and plants which enhances the beauty of the park. Currently, the park is used as a fruit station nursery with proper care. We are sure a visit to the place will add much more to the experience.

By Road –By a Bus, taxi and auto rickshaw.
By Rail – Aurangabad Railway Station just 6.5KM away
By Flight – Aurangabad Airport

Apart from the beautiful monuments the Mughal emperor Aurangzeb built there are some other people as well who contributed to enhancing the beauty of Aurangabad. Syed Zain-ud-Din a saint, who devoted himself to the people. In his honor, after his demise, Zainuddin Shirzai’s Maqbara was built so that his contributions are remembered for a long time. The Maqbara was built in his name in the town of Khuladabad. It is a must visit monument for architects. 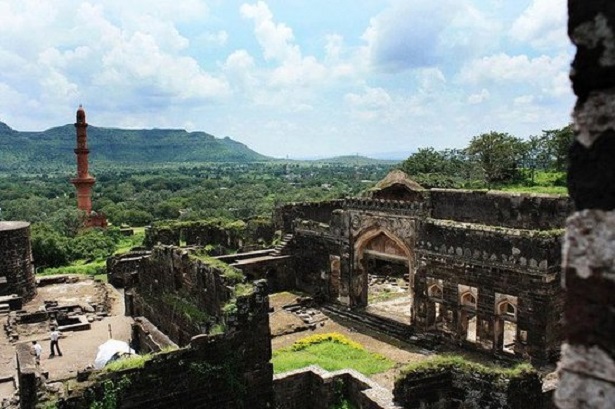 Daulatabad fort is just 11KM away from Aurangabad, The fort is situated 200M above sea level, the fort during the earlier times would have an excellent system of defense. A narrow bridge is the only entrance for the access to the fort. Nobody has ever conquered the fort and no intruder could step foot inside the fort as it is structured in a well-planned and defensive way.