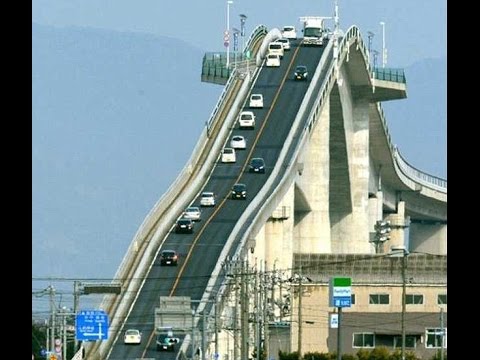 Throughout the world, bridges are one of the marvelous creation made by man in which architecture as well as creativity is seen. It serves two purposes to human; one by connecting the gaps and other one is that they become landmark for the region and also a vital part of city’s infrastructure. Though they may not be longest or highest, some of the world’s famous bridges are considered most recognized bridges due to uniqueness in them. Let’s have a look at some of them. 1. Brooklyn Bridge, New York, US: This bridge was made in the year 1883 and is one of the oldest suspended bridges in US. The bridge connects Brooklyn and Manhattan above the East River and has a span of about 1,595.5 ft. It is also one of the world’s longest suspension bridge and has become an icon for New York city. Throughout the year many visitors come to see this beautiful bridge where thousands of people pass through it every day.

2. Sydney Harbor Bridge, Australia: This bridge is most well-known bridge on earth and also one of the most photographed landmarks. This bridge is the largest steel arched bridge in the world where it stands 134 meters above the Sydney Harbor. Since the entire bridge is made of steel, in hot or cold weathers, it can fall or rise up to 7.1 inches. 5. Eshima Ohashi, Japan: This bridge looks like a ‘roller coaster bridge’ and to get across this bridge, your car needs to have sufficient amount of horsepower. This bridge of Japan is very steep and crosses the Nakaumi Lake. 6. Great Belt Bridge, Denmark: This bridge was opened in 1998 that runs between Funen and Danish island of Zealand. The length of the bridge is about 22,277 ft and is the third longest suspension bridge in the world. It is also world’s 8th tallest bridge with a height of 833 ft. 7. Millay Bridge, France: This bridge is a cable stayed bridge that passes through the valley of river Tarn in Southern part of France. This bridge is considered as the one of the tallest vehicular bridges in the world that is slightly taller than Eiffel Tower even. 8. The Rialto Bridge, Venice, Italy: In the Grand Canal of Venice, this is one of the oldest of four bridges across the canal. This bridge was built in the year 1591 and was designed by Antonio Da Ponte to replace a wooden bridge that collapsed in the year 1524. This bridge is acclaimed as the architectural icon of Venice. 9. Khaju Bridge, Iran: This bridge was built by Shah Abbas II in 17th century. This bridge also serves the purpose of dam with gates under its archways. The bridge has got twin stories of arcade that is marked by dis-similarly decorated arches and colored tiles. 10. Forth Bridge, UK: This bridge is A UNESCO World Heritage site and also claimed as an icon of Scottish structures. This cantilever railway bridge is one of the greatest engineering creations of UK situated in the east of Scotland.

The Best Airport Shuttle Service To Take in Colorado

Katt Williams: Net Worth and Career of the...

The Best Airport Shuttle Service To Take in...