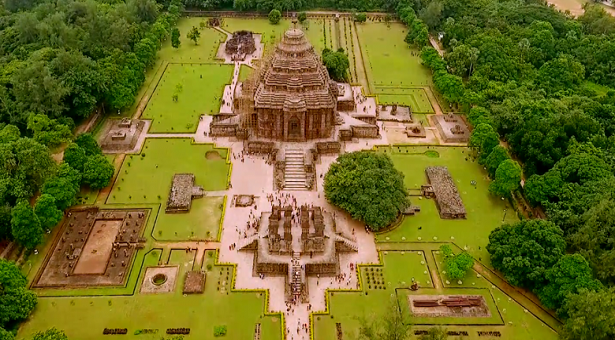 Odisha, an eastern state of India, has often remained underrated in terms of its appeal for tourism. Undoubtedly, this state is gradually making its presence felt on the global map. Be it for adventure lovers, history buffs, art & architecture admirers, food enthusiasts or travellers seeking for peace – This beautiful state has something for each one of its visitors.

Often described as an offbeat favourite of adventure-seekers, Odisha serves a mix of history, fascinating tribal culture, natural beauty, garnished with sun and sand in the same platter.

Here’s our list of 10 MUST-VISIT places in Odisha (provided you are on a tight schedule, else the list can go endless) :

Almost all of us are aware of the grandeur of this ancient temple in Odisha. The temple is an important pilgrimage destination and one of the four great ‘Char Dham‘ pilgrimage sites, found at India’s four cardinal points. 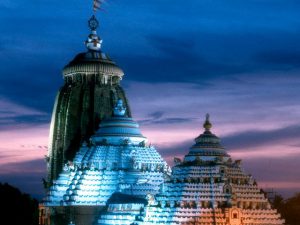 This temple is mostly known for it’s world-famous car festival – Ratha Jatra. During this festival, the deities are believed to come out of the temple premises and travel on ‘ratha’ (read : chariots) to meet all their devotees irrespective of their caste, creed, sex or religion. 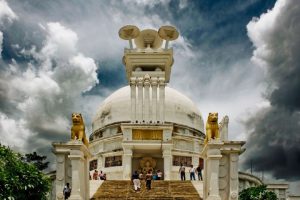 Shanti Stupa of Dhauligiri is popularly known as the “Peace Pagoda”. This massive sculpture embodies a very important event in the annals of Indian history. As per this life-changing chapter in the era of King Ashoka in India, it is believed that King Ashoka finally adopted the path of peace and tranquility and resorted to Buddhism. So, he laid the foundation of Dhauligiri Shanti Stupa at a place which is known for the end of Kalinga War.

Here, one can even find the edict of Lord Buddha which is visited by numerous Buddhist devotees.

Chandipur is formally known in the country for being the missile integrated testing range of the Ministry of Defence. But, it’s coast  has got an even more unique aspect, which makes it a MUST-VISIT in Odisha.

The Chandipur coast has achieved global popularity for a phenomenon, popularly called “the Vanishing Sea”. One can literally see the sea disappear (read : recede) by almost 5 to 6 kilometres everyday during low tide and then the sea comes back at high tide. This rare event occurs twice a day. 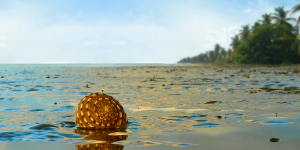 The receding waters at low tide offer an excellent opportunity to walk straight into the sea! Yes, you heard that right. The exciting prospect of venturing fearlessly into the seabed attracts a lot of curious visitors to this beach.

Unlike the bustling and more popular Puri beach, Chandipur is a relatively unexplored coastline. Relaxing on a tranquil patch of sand and watching the sea recede and advance with the tides is a delightful experience indeed.

The Konark Sun Temple is popularly known as the “Black Pagoda”. 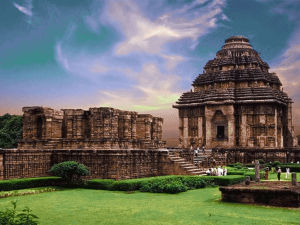 This temple is declared as a UNESCO world heritage site since 1984. It remains a major pilgrimage site for Hindus, who gather here every year for the “Chandrabhaga Mela” around the month of February. The temple is oriented towards the east, so that the first rays of the sunrise strike the main entrance.

Built on the Mahanadi river in Sambalpur district of Odisha, Hirakud Dam is the longest dam in the world stretching across 27 kilometers in length. Built in 1957, this dam is of major historical importance, as it was the first multipurpose river valley project undertaken by India post independence. Hence, it is also the oldest dam in India. 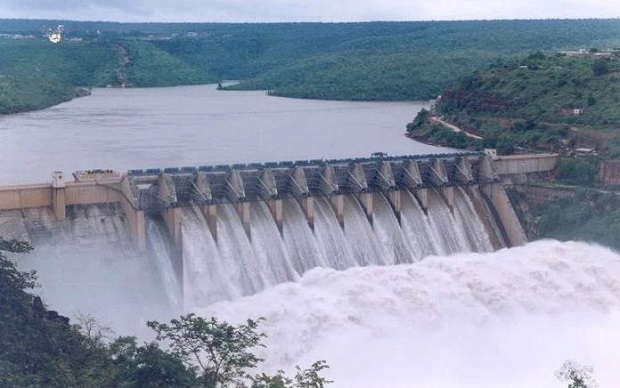 It is believed that more than 200 temples have submerged due to the construction of Hirakud. Most have perished, but some resurface during the summers. Also, the Archaeological Survey of India started gaining interest in Hirakud after remains of what was called the Padmaseni temple were recovered. This was supposed to have been belonging to the Padmapur village, which was the oldest and the most populous region prior to the construction of Hirakud.

Though photography is strictly restricted in the dam area, the picturesque view will be etched in your memory forever. A visit to Odisha is incomplete without a trip to the Hirakud Dam. 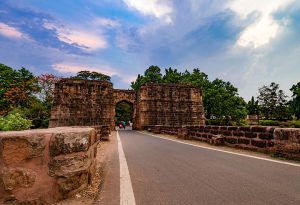 Located on the banks of the river Mahanadi, the Barabati Fort is built across an area of around 102 acres in one of the oldest cities of Odisha, Cuttack. The gateway of the structure is one of the highlights that attract travellers from across the globe. The intricate carvings in the Barabati Fort are beyond description. The other attractions of the Fort are its moat and the earthen mound, which gives us an insight into the times of the Ganga dynasty of ancient times.

This Fort lies adjacent to one of the most popular stadiums in India – the Barabati Stadium.

Bhitarkanika is a National Park located in Kendrapada district of Odisha. Sprawling across an area of over 250 square miles, the national park is surrounded by the Bhitarkanika Wildlife Sanctuary. The Gahirmatha Beach and Marine Sanctuary lies to the east and comprises of a swamp region cover with canopy of mangroves from the Bay of Bengal. 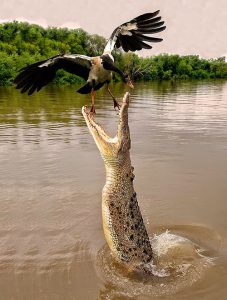 This national park is home to the famous Saltwater crocodile, Indian python, King Cobra, Black ibis, darters and many other species of flora and fauna. This proudly hosts a large number of mangrove species, and is the second largest mangrove ecosystem in India. This makes it a MUST-VISIT for any wildlife buff visiting Odisha.

The Similipal National Park, located right in the centre of Mayurbhanj (the northernmost district of Odisha), has derived its name from the abundance of semul or red silk cotton trees that bloom vividly here. Apart from that, the Simlipal National Park is home to three of India’s biggest animal species – Tiger, Asian Elephant and Gaur. 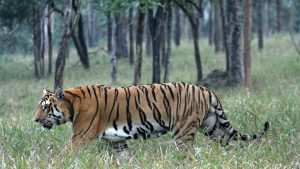 Simlipal Tiger Reserve is famous for providing the best care for tigers in India.

The Chilika Lake is Asia’s largest brackish water lagoon, with the water spread ranging from 1165 sq km in the rainy season to 906 sq km in the dry seasons. This lake is nestled in the heart of coastal Odisha and extends from Bhusandpur in Puri district in the North to Rambha-Malud in Ganjam district in the South. The Chilika lake is separated from the Bay of Bengal by a 60 km long narrow strip of marshy islands. 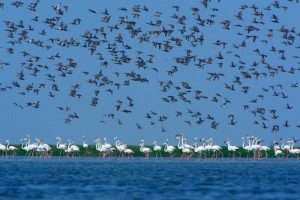 Chilika is recognized as one of the most important wetlands in the world because it is home to a phenomenal variety of birds. Chilika Lake offers its visitors a spectacular display of its colorful avian charms in different hues. This lake boasts of a presence of over 160 species in the peak season between November and February. The lake and its reed islands are filled with nesting birds like white bellied sea eagles, ospreys, golden plovers, sand pipers, flamingos, pelicans, shovellers, gulls etc. which include migratory birds flying great distances from Iran, Central Asia and Siberia. 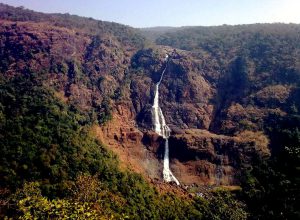 Happy Travelling!
Read more about Odisha Tourism here.
Do not forget to drop your comments on how you liked this post.
You can read more of my travel stories at Wander Bird.

What new feature came along in WordPress 5.0?

Cool! I will do give a visit to these places later in the year

That’s great to hear, Shwetank! I hope you have a great trip to Odisha.

Thanks for appreciating, Puspa! 🙂

Thank you so much for your kind words, Manish!

Beautiful article Santwona! I am from Bengal and I love Puri. You must be aware of a Bengali’s love for Puri by the number of tourists who visit every year. I went there twice in my childhood and still remember glimpses of Nandan Kanan, the roaring Bay of Bengal and the awe-inspiring temples.I don’t remember having been to the Chilka lake though. The picture looks amazing!

wow! I love the pictures.. it made me go Odisha right now!!