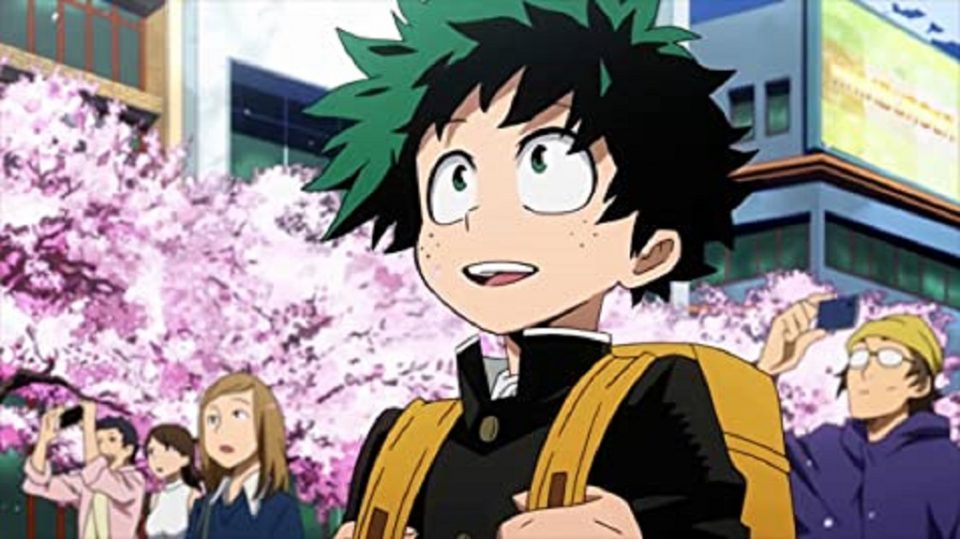 My Hero Academia (MHA) villains have some deadly quirks and powerful skills which make My Hero Academia stand out amongst the rest of superhero media. While MCU has a chronic villain problem, My Hero Academia has the opposite: almost every villain is interesting and captivating and has an awesome storyline but which are the strongest and which are the weakest? From the small ones to the big baddies, here are some powerful and not so powerful villains in both the manga and anime, ranked based on strength.

My Hero Academia (MHA) Villains Ranked From Strong To Weak

All for One is still the absolute strongest villain in the world of My Hero Academia. His Quirk allows him to take Quirks from others and give them to himself or anyone else he wishes – so don’t act like you didn’t see this one coming!

Even though he might be blind, All For One more than makes up for this with his massive power.

With his Quirk power, All for One has stockpiled a large number of Quirks, including a number of strength, durability and healing-enhancing superpowers that he can amalgamate into super attacks.

An artificial human known as High-End is a high IQ Nomu with six different Quirks implanted in his body: a muscle augmentation Quirk, a regeneration Quirk, shoulder-mounted jets, a power-enhancing Quirkarms that can shape-shift, and the ability to store other lower-level Nomus within in.

If that doesn’t sound like the most powerful Nomu of all, maybe the earth is not round!

His fight with Endeavor is one of the hero’s toughest battles ever in the manga but his Nomu has yet to appear in the anime.

Though this villain has only just made his first anime appearance in the finale of the third season, he is easily the third most strongest villain in the series. Known as Overhaul, allows him to disassemble and reassemble anything he touches, which lets him heal wounds, disassemble people, change his environment and more.

Overhaul’s Quirk or this villain’s power is almost god-like, giving him control over the matter on a massive scale.

Though the fact that he has to touch whatever he’s manipulating is a bit of a hindrance, Overhaul is effectively one of the series’s strongest villains.

The Nomus have been shown to be incredibly powerful in every iteration and although these artificial humans are practically braindead, they are very, very strong, with some being capable of regeneration.

One of the foremost Nomus we met was also one of the strongest, since it was given Quirks that were meant to counter All-Might’s One For All Quirk.

Stain’s Quirk, known as Blood Curdle, still needs the skills he has acquired to make his Quirk as powerful as possible. Yes, he can paralyze a person after consuming their blood. This Quirk, combined with Stain’s expert blade skills, makes him able to do anything like stopping nearly any hero in their tracks long enough to live up to his title of the Hero Killer.

Dabi is a member of the Todoroki family, the long lost brother of Shoto who became a villain. While this is just a theory, it would explain why his Quirk is a fire type like Endeavor, and why it’s so powerful.

Simply known as cremation, Dabi’s Quirk is the ability to emit fire so hot that it burns blue, which is hotter than Endeavor’s flames and he also has precise control of his flames as well as an absurd range that he can cover with fire, making him a very skilled and powerful villain.

Coming in at number seven is Shigaraki’s right-hand man, Kurogiri, whose superpower is known as Warp Gate. This super Quirk allows this villain to control a black fog that can be used to teleport anyone or anything over short distances. This super ability has a number of different applications from concealing his identity to fleeing a fight and even defending against attacks by teleporting his opponent away. With such a wide range and multiple applications of his power, Kurogiri easily earns his spot at number seven!

Next up is one of the series’ main antagonists: Tomura Shigaraki, who has one of the most powerful Quirks in the series: he can cause whatever he touches with all five fingers to decay and turn to dust. The main downside to this Quirk is that it is involuntary, and thus Tomura has to be careful not to touch something with all of his fingers. The Quirk can also spread from a single touch, which can make a limb need an amputation.

He is known as Decay, Tomura’s Quirk and is indeed one of the strongest villains in My Hero Academia and he’s placed at number 8!

Muscular’s Quirk allows him to increase his strength by adding and augmenting muscle fibers, causing his muscles to manifest outside of his body.

Being able to obliterate anything you touch is cool and all, but it doesn’t beat raw power, which Muscular has endlessly. Just by looking at his superpower in action, it’s easy to see just how strong Muscular is, which is why it took all of Deku’s strength and then some to destroy the villain.

Without a doubt, Muscular, simply known as Muscle Augmentation, is super powerful!

Yu’s Quirk is simply known as crystallization, and it allows this villain to grow strong and durable crystals from his body, which gives him great offensive and defensive capabilities.

On top of being able to protect himself with his crystals, Yu can also create and invent crude weapons, like a giant sword, to attack his opponents.

Though we don’t know much about this Quirk, what we’ve seen in the manga episodes just how powerful Yu Hojo is.

Placed at number 11 is another member of the eight expendables, a villain known as Hekiji Tengai.

This might not seem like much at first, but when you look at how much force his barriers have withstood, Tengai seems like a much more powerful villain, at least in terms of defense thanks to his power which allows him to create barriers. Tengai’s Quirk doesn’t have any name as of yet, but Pro hero Fat Gum even said that it was like punching a steel wall, which shows how strong Tengai really is.

Next on number 12 is  a team of villains whose power put together makes them one of the top villains in the series, Gentle and La Brava.

Gentle’s power allows him to apply elastic properties to anything, including the air, which lets him jump across the sky. This ability becomes more powerful when combined with La Brava’s Quirk of Love, which lets her power up the Quirk of whoever she feels love for, which happens to be Gentle. With his powered up super ability, Gentle had a crazy battle with Deku, showing how strong the villains’ amalgamated power was.

Placed on number 13, without a doubt, the grossest entry on our list is the villain known as Moonfish. Yes, he is very gross, but it’s also incredibly powerful, since he was able to fight off multiple people at once without using his hands- instead, he turned his teeth into sharp blades that can grow to any size and shape, allowing him to attack, defend, and even travel using nothing but his mouth.

Moonfish’s blades also seem very powerful and capable of regenerating, which makes him very villainous in a fight.

Moonfishi’s Quirk is freakishly great and all, but even more powerful than using teeth is the power to use and deplete their stamina, which is exactly what Rikiya Katsukame’s Quirk does.

Known as vitality stealing, this Quirk is known for being able to take the energy of others via touch far outclasses making them dizzy, which is why Katsukame is our number stamina stealer of whoever he touches, which he can then use to increase his size and strength.

15th place goes to a fan favorite character whose Quirk is perfect for infiltration and espionage.

Himiko Toga’s power is known as Transform, and with this power, Himiko perfectly infiltrated the Hero License exam, posing as Camie Utsushimi just as long as she consumes the victim’s  blood.

Though she cannot recreate the Quirk of whoever she is impersonating, Himiko’s power definitely earns her a few points for its many applications, the greatest of which is gathering intel and infiltration on heroes.

Next up is Soramitsu Tabe of the Eight Expendables, whose Quirk is known as Food. If it sounds funny then know that food allows Tabe to consume anything because Tabe’s teeth and stomach can easily chew and process any matter of, well, matter.

With this super ability, Tabe can basically eat his way out of any situation, which is why physical attacks against him are probably a bad idea—don’t want to lose a hand—and there is no way to catch him, since he can eat through restraints.

In terms of the application of his Quirk, Twice is a bit of a mixed bag.

With this Quirk, which is known as Double, the villain is able to make exact duplicates of people upon knowing their exact measurements.

Though this stipulation for creating a clone is a bit specific, Twice is known to have no problem memorizing measurements, thus the real drawback is that the clones have their own autonomy that cannot be controlled. They are useful in a fight and possibly in infiltration, but they have the same personality as the original, which is where things get risky!

We were first introduced to this villain in the training camp arc, in which she displayed the power of her Quirk which can be a powerful Quirk in crowds or against multiple opponents—since she can repel two people, causing them to go flying in opposite directions, or she can stick a group of people together—but one-on-one, it’s not the most offensive Quirk, so that’s why she’s one of the lowest ranks in terms of power.

Second to last is another member of the Eight Expendables, Toya Setsuno, whose power is known as Larceny, a creative name for a power that lets him teleport objects in the possession of others into his hands. Larceny is definitely useful, especially in stealth or theft-related missions, but in a fight, this villain might not be the best ally.

Toya gets ranked just above Shin Nemoto, because his power could still be used to steal support items off of heroes who need them in order to use their Quirk, which makes him rather dangerous.

The ability to force the truth out of people is useful for winning any fight strategically but not in most fights, which is why Nemoto is at the bottom.

Do I Need a Lawyer to Help Me After My Truck Accident?

Which Skin Conditions Can a Dark Spot Cream Treat?

Selena Gomez: 6 Really Rare Facts About The Actress and Singer!