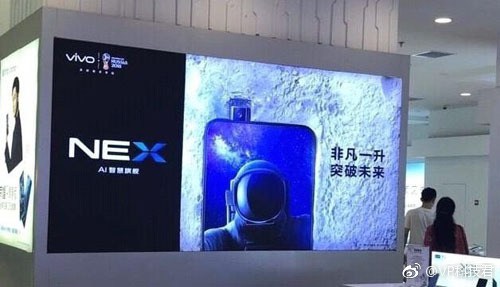 According to the previous reports, Vivo seems to work on its upcoming flagship smartphone, called Vivo NEX. The phone will have Qualcomm Snapdragon 845 chipset. Now another model of the phone appeared on Gekkbeanch benchmarked platform with Snapdragon 710 chipset on board. It probably the smaller variant of the flagship model, probably called Vivo NEX S.
According to GeekBench, the Vivo NEX runs on Android 8.1 Oreo operating system. It has 4 GB of RAM on board. There are speculations that the high-end specs Vivo NEX may price at 6998Yuan ($1100). While the Vivo NEX S with Snapdragon 710 could price as 4998Yuan ($780). 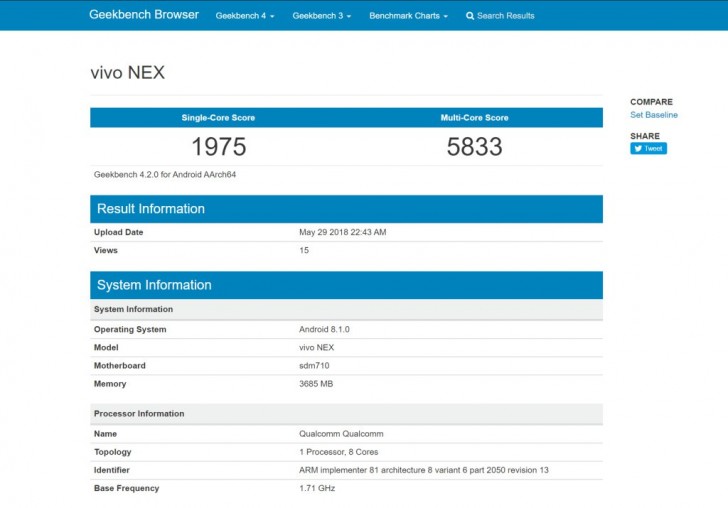 The Qualcomm Snapdragon 710 is the latest chipset for the mid-range smartphone launched recently.  The Vivo NEX S will directly compete with Xiaomi’s upcoming Mi 8 SE, which also rumored to have the Snapdragon 710 chipset under the hood.
Recently, The Vivi NEX S certified by 3C (Compulsory Certificate commission) in China. It revealed that the phone will come with a 22.5W charger in the box. Which suggests that it will feature with Quick Charge 4+ support.

The company expected to unveil both Vivo NEX and Vivo NEX S phones on 12th June at a launch event in China.

Data Warehouse Concepts: All You Need to Know