With millions of Android apps to download from Google’s Play store, it’s understandable that you might feel a bit rudderless. Don’t fret – we’re here to guide you through the jungle of the Google Play store. Simply the best Android apps available.

We’ve listed the few Android apps any phone could want, sorted by type from social and entertainment to fitness and travel apps.To be clear, we’re not saying you should download every one of these – it’s just that if an app sounds appealing, it shouldn’t disappoint.

ADW Launcher 2 has been in beta for a while but had it’s grand re-opening in January. The new ADW has a ton of features, including a modern design, custom widget building, theming, icon pack support, and tons of under the hood changes. The modern design reflects that of other modern browsers such as the Pixel Launcher and Nova Launcher. It also backs up these new features with decent performance and low battery drain. You can download it for free or pay the money for the pro version. 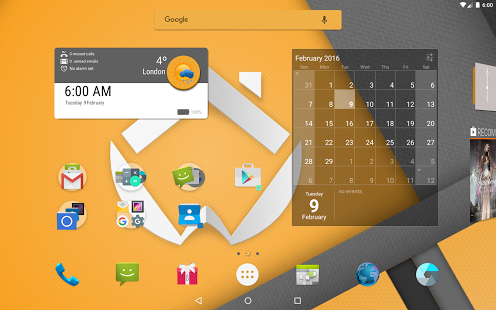 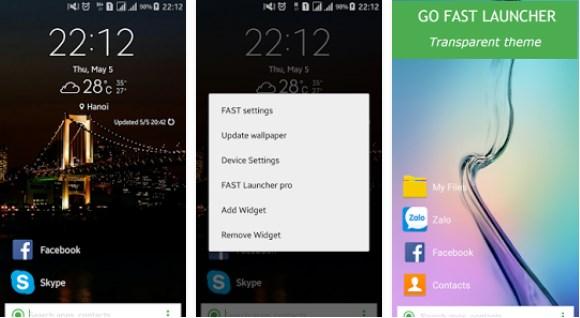 FastKey Launcher is an interesting concept. It’s a launcher app that replaces your home screens with its own. Unlike most, it actually puts a keyboard right on the main screen. You can use the keyboard to type in text to search for contacts, apps, and other info. The idea is that you can access apps and contacts quickly and you can even make calls right from the main interface. It still needs some work, but it’s a fun little concept. It’s also free.

Posture is an app that wants to improve your posture. It does this by using your gyroscope and and a screen overlay. When it detects that your phone is in a position that is too stressful for your neck, it’ll pop up a little icon in the middle of the screen to remind you to straighten up. It includes various settings so you can control how often the app checks to make sure you’re doing it right. There are also some theming elements. It’s fun to use and generally unobtrusive. It’s also free.

Squeeze is a financial app that helps you manage your budget. It uses a friendly, Material Design inspired interface that allows you to move quickly around the app. Once you sign in, you’ll be able to see financial insights and comparisons to your bills to help you save money. The app also boasts 128-bit SSL encryption to help make you feel more safe. One of the things you’ll be asked to do is sign in using your bank account. We totally understand if that’s not your thing. Otherwise, the app is free.

Stringify is a new competitor to IFTTT. You’ll be able to create automated actions with this app that your Android device performs automatically. A few examples include the ability to share Fitbit goals to Facebook, open your garage door as you pull up, or even set the lights a certain way when it’s bed time. As you may have guessed by now, the app is compatible with a variety of smart gadgets along with various apps. It’s free to download but it is currently in beta. That means there are going to be some bugs.

SystemPanel 2 is the latest system monitor app from NextApp. It has been entirely rebuilt from the ground up and looks a lot different from its predecessor. It features Material Design, the ability to monitor most systems from your Android device, and root access for even more stats if you’re rooted. Every feature is available in the free version and the pro version simply removes advertising. The only bad part is that Android Nougat is very strict on what is running on your device. Otherwise, it looks good and it works well.

Toontastic 3D is a fun little Google app that lets you create animations. It comes with a variety of characters and objects that you can use to get started. You can also make your own if you’re interested. Along with creating the animations, you can also narrate them, choose from three story arcs to help you along, and you can export the videos and share them when you’re done. It’s not professional level, but it’s still pretty fun to use. It’s also free. 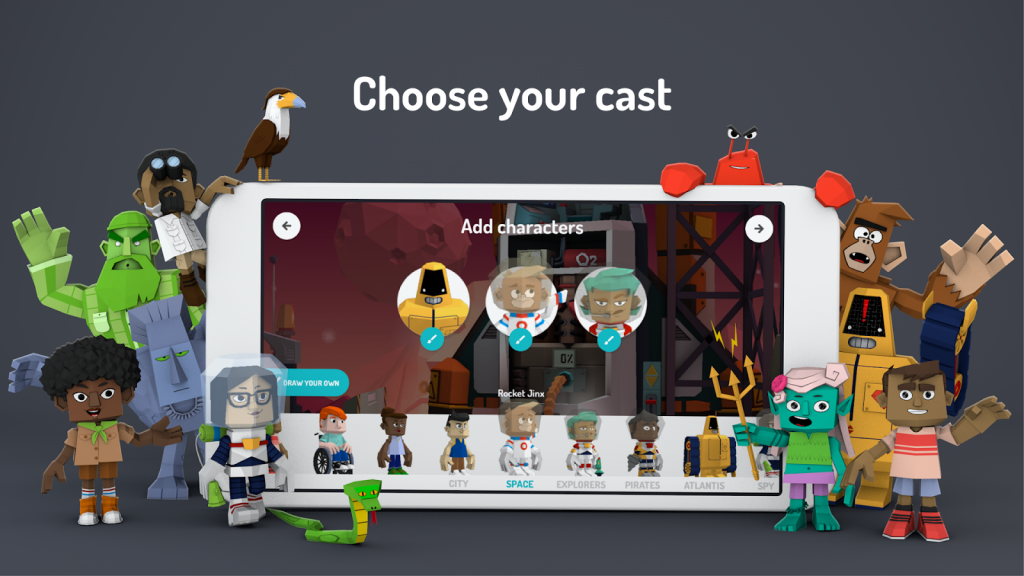 Weather Wiz is a newer weather app that looks fantastic. It features the basic weather info including the current temperature, hourly forecasts, a ten-day forecast, precipitation, wind, cloud cover, UV index, and dew point. It also has one of the coolest weather radars that we’ve ever seen. You can also track multiple locations if you want to. Every feature in the app is free to use. You can also buy additional themes as optional in-app purchases.

Get paid for super-quick surveys from Google. It’s free and actually earns money. 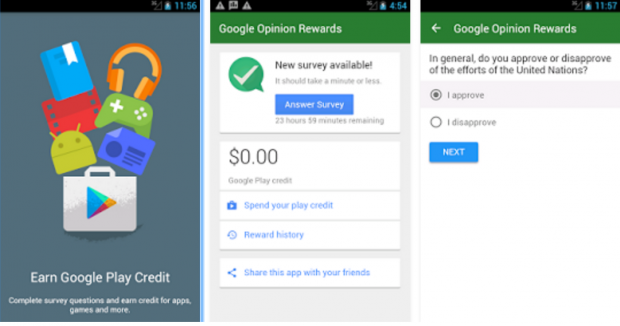 While many are free, some of the best Android apps in this list require you to pay actual money. If you’re a skinflint, that’s a problem, which is why you should definitely have Google Opinion Rewards installed.
Complete short surveys for Google and you’ll be given credit to spend on the store. Sometimes that could be 50p, sometimes 10p, but it all adds up and no survey takes longer than a minute or two. Seriously, download this now. 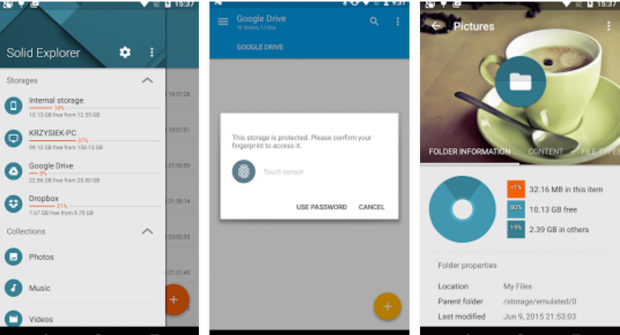 Yes, it’s dull, I know, but have you ever found an Android phone to have a sensible way of navigating your files like you’d find on PC or Mac? I certainly haven’t. This is where Solid File Explorer comes in. It uses Google’s own Material Design style for an easy to use experience, which makes moving your files around and reclaiming space a doddle. What’s more, it links up to cloud storage systems so you can easily move files too and fro, and the latest version lets you lock important files with a fingerprint should you wish.
It’s £1.50 to unlock, but you can try it out free of charge for 14 days to see if you get the use from it. For me, it was a total no-brainer.

Keep malware from your handset with AV protection. 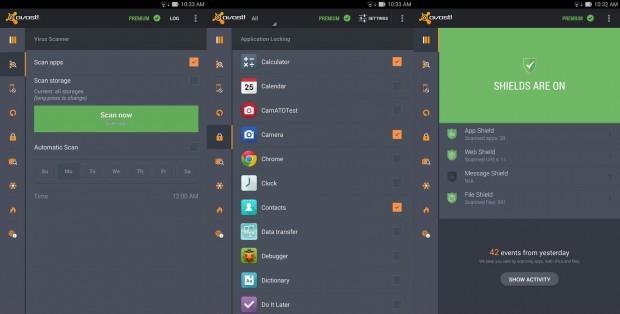 Avast Antivirus & Security is a powerful antivirus app that you can trust; its PC counterpart is one of the best free antiviruses of 2015. For those who want comprehensive cover, plenty of additional features are available as in-app purchases, including geofencing and remote data recovery. For those who just want basic protection, however, you’ll find this does everything you need for free.

Take a step back in time to see what you did on this day three years ago. 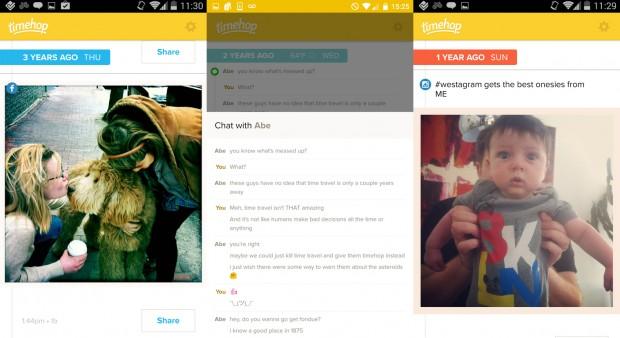 Want to remind yourself of how foolish that haircut you had five years ago was? Timehop is here to do just that. But while there’s sure to be plenty of cringe-worthy moments dragged up from the past, Timehop also brings reminders of memories forgotten. That spontaneous road trip, the time you went to the zoo, or perhaps the day you met a loved one for the first time.
Plugging into Twitter, Instagram, Facebook and Foursquare, Timehop gives you a slice of your past life every day of the week. Who knew looking back in time could be so addictive? 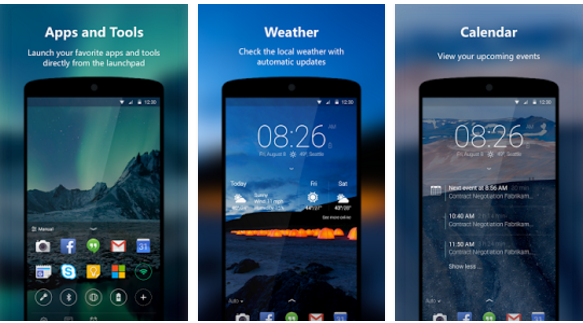 Microsoft’s Garage project lets employees develop Android apps in their spare time, which is very fair ­minded of the company. One of the best ­known results of this scheme is Next Lock Screen, and this new version adds fingerprint scanning, provided your phone supports it; Smart Contacts and Smart Lock settings that let you configure how you unlock your device; and even location­ sensitive wallpaper that changes automatically depending on where you are. Other useful features include detailed notifications that show all your missed calls, text messages and app alerts without you needing to “wake” your phone.
Because Next Lock Screen looks different to the standard Android layout, it effectively forces you to relearn your homescreen, which is jarring, but it has already amassed many devotees and recently won a “best lockscreen app for Android” award. Using it is almost like having a new phone without needing to pay for the upgrade.

Collect the best of the web to read later. 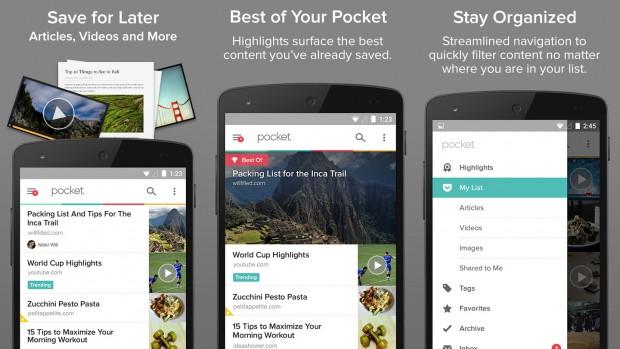 Found an article you like but want to read it later, when you may not have an internet connection? Pocket is the solution to your problem. Allowing you to save articles and videos to read and watch later across any Pocket-enabled device, you’ll never be short of something to read or share again. It’s the perfect distraction for Tube journeys, flights and those long train trips in signal black holes.

Track the best WiFi spots in the world. 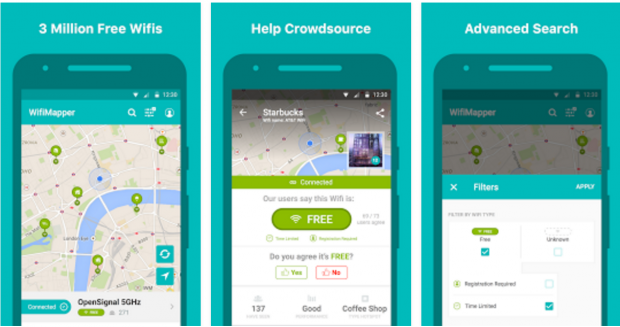 If you don’t have a generous mobile data plan, you’re going to want to use WiFi as much as possible, but finding good, free Wifi isn’t always that easy. WifiMapper is the solution. Crowdsourced maps where the community shares where to get free WiFi, you should never have to rely on your data again.

How interesting! Definitely need some of them!!

Few of them are really cool apps.

Good one, please write for IOS apps too

Thanks for the info