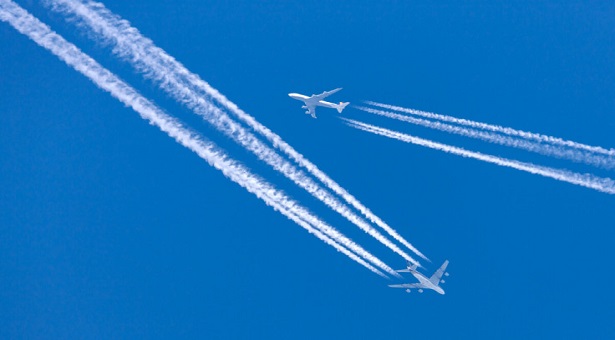 Blockchain technology is the new technology that has been overtaking all the major industries across the globe. Recently, the news has come out that Boeing is soon going to introduce blockchain tracking technology to control the air traffic. It is very crucial to track the air traffic and it is equally important to maintain the security and safety of the entire air tracking system.

Boeing and SparkCognition, the AI specialist are in news to spark a new partnership agreement to build a new blockchain based traffic tracking device. This new blockchain technology-based tracking devices will be tested for unnamed aircraft. Boeing is among the top most aerospace firms on the face of the Earth and is the largest producer of the commercial jetliners.
As per the officials working at Boeing this air traffic tracking technology will be designed to be extremely precise. While making the announcement the CEO of SparkCognition stated that this creation will open up the biggest new market of our time. If everything goes as planned, the safety and security of the air traffic tracking will touch another level of heights. What they claim is the system that is going to exceed any limits that were set so far in terms of reliability, innovation, security, and scale.

Boeing NeXt | The new department with a new goal

For the purpose of creating a new air traffic technology, Boeing is going to develop a new department named “Boeing NeXt”. The goal of this organization is to increase the research and development of the products. According to the verdict out straight from the mouths of head officials, “this new technology they are proposing will transform the history”. Presently, the technology advances are converging with the latest trends in the society and as per the needs.
Boeing being the expert at delivering these requests of transforming the world of transport and travel. In light of this project, the company is moving ahead to create its legacy to open up new frontiers in the field of transport.
This new department will be led by Steve Nordlund, vice president Boeing HorizonX. This new innovation using the latest blockchain technology will definitely bring a new era of development in the travel industry.
Blockchain technology is known for its security and safety and with its implementation in the air traffic tracking systems, the security of these systems will become unbreachable. Boeing has not yet given any specific timeline on the project, but the news of its partnership with SparkCognition clears how serious they are with this project.