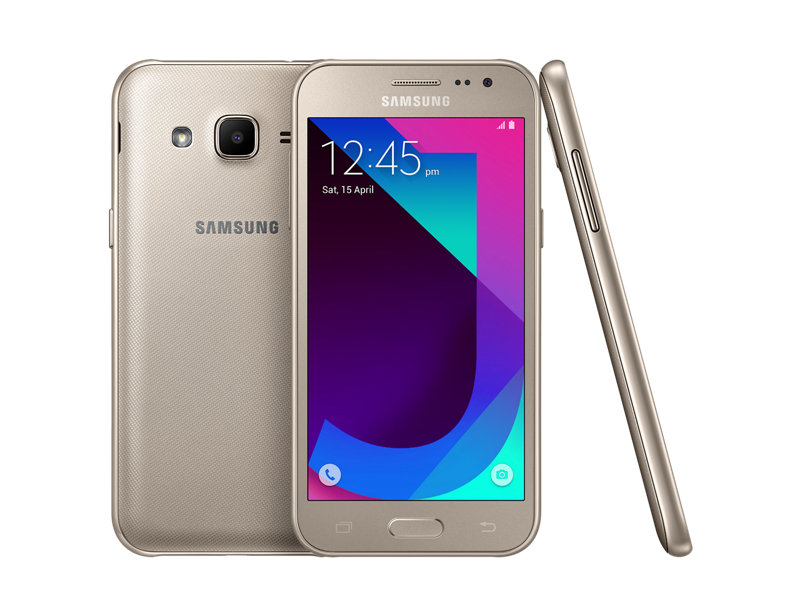 It looks like a South Korean smartphone company planning to join Android Go powered smartphones market. Google launched Android Go operating system last year specifically for entry-level phones. The Android G0 OS is a lightweight ROM that comes with best features of Android that can even run on devices with less than 1GB of RAM.
HDM owned company, Nokia was the first manufacturer that launched Android Go OS powered phone, called Nokia 1. After that Alcatel and ZTE also launched its Android Go smartphones to the market Alcatel 1X and Tempo Go respectively. Samsung will we be the x manufacturer to offer Android Go running phone. 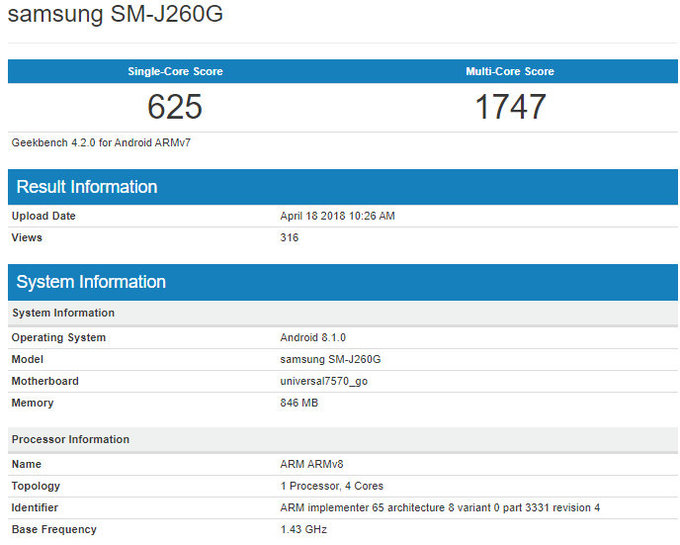 An announced Samsung phone has appeared on GeekBench database with 1GB of RAM and running on Android 8.1 Oreo operating system. According to its specs, it could be Samsung’s first Android Go powered phone. The phone comes with SM-J260G model number and packed with an optimized version of the Exynos 7570 chipset and Quad-core CPU which clocks at 1.43 GHz ARM Cortex-A53.
Another indication suggests this might be Samsung’s first Android Go phone is, Geek bench mentioned “Universal7570_Go” in the motherboard. The phone scored 625 points in single core test and 1747 points in multi-core test. According to the phone model number, it will come under in Galaxy J2 series smartphones.
There are speculations that the SM-J260G model number phone will know as Samsung Galaxy J2 Core. But there is no confirmation news from the company regarding this.

NBA Playoffs: Toronto Raptors regain their dominance after a convincing victory over the Washington Wizards

How it is difference from Galaxy J5 ?

We need to check the differences and price tags before buying!