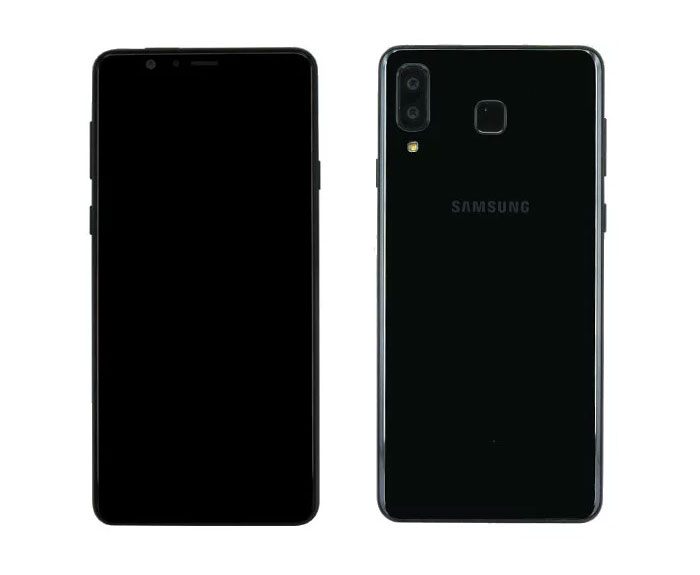 The leaked video also revealed that there is a fingerprint scanner too on the back side, placed in the middle. The rear camera sensors at top of the left corner may be useful for capturing pictures. And also it allowed Sammy to leave plenty of room for users to access the fingerprint sensor without smudging the lenses. Many users face this issue with the Samsung Galaxy S8 and Galaxy Note 8 phones.
In the leaked video, the Galaxy S9 Mini will have 3.5 mm audio jack port at the bottom side. The micro USB port and speaker also present at the bottom edge.
Samsung Galaxy S9 Mini expected to come with a 5.8-inch display with 1440 x 2960 pixels of resolution. According to the previous benchmark test, the phone will power by the Octa-core CPU under the hood which clocks at 2.8GHz along with Qualcomm Snapdragon 660 chipset on board. The phone also expected to come in 4 GB and 6 GB of RAM variants. There are also some speculations that suggest that it may launch as the Samsung Dream-Lite, but it’s not confirmed yet.
Also Read: Xiaomi Mi Band 3 launch date confirmed, 31st May
As of now, there is no official info when the company launch this phone. In 1st July 2014, the last Galaxy S Mini series smartphone launched by the company was Galaxy S5 Mini.

Sonal Chauhan at the 'Beauty and Spa award'

What Is Error 0x0 0x0, Causes of Error Code and Its Alternatives?

I am looking for the video on youtube, but i didnt found out