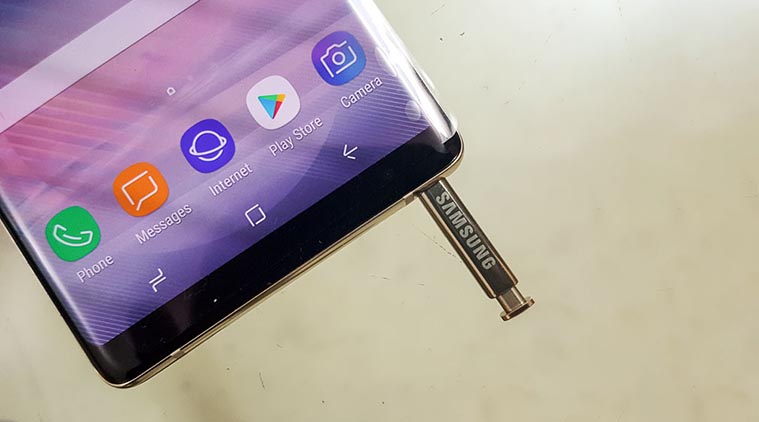 A couple of months ago, Samsung Galaxy Note 9 Snapdragon variant appeared on GeekBench. It packed with Qualcomm Snapdragon 845 CPU. Now the Exynos powered Galaxy Note 9 spotted on benchmarked on the popular benchmark app. 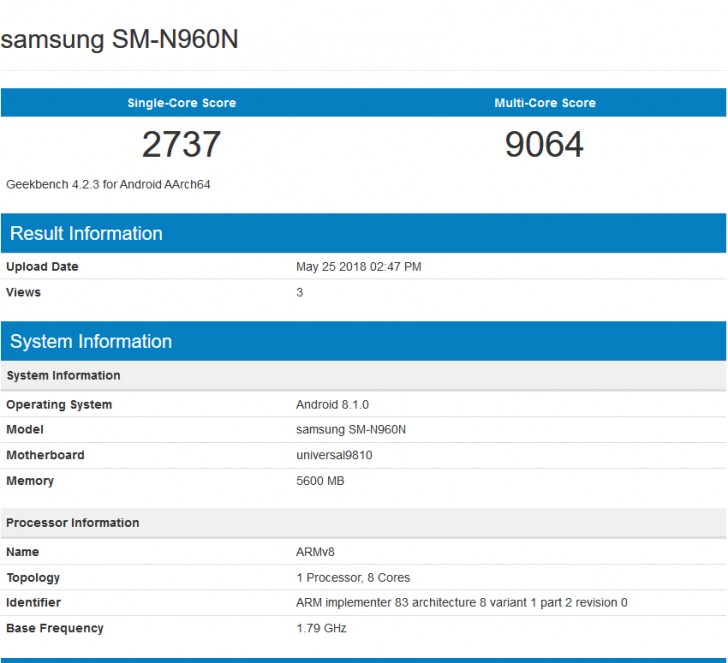 The Galaxy Note 9 Exynos variant comes with an SM-N960N model number. It powered by Exynos 9810 SoC under the hood along with 6 GB of RAM. The same chipset company used in Galaxy S9 and Galaxy S9+ Exynos model. It also has Octa-Core CPU on board that clocks at 1.79GHz. It runs on Android 8.1 Oreo operating system.
The Galaxy Note 9 Snapdragon 845 variant scored 2737 points in a single test and 9064 points in multi-core test on Geekbeanch. While the Galaxy Note 9 Exynos variants scored  2737 points in single core test and 9064 points in multi-core test. It shouldn’t be surprising as the Samsung Exynos variants offer better performance as compared to Samsung Snapdragon variant.

Samsung expected to launch the Galaxy Note 9 early this year. Recently reports suggested that the phone will launch in July month. Now the  SamsungMobile suggested that the company may launch the phone on 29th July.
Also Read: Samsung Galaxy A6 and A6+ now official with Infinity Display and Android Oreo
Samsung Galaxy Note 9 expected to come with a 6.4-inch display and upgraded camera sensors. There are speculations that it looks similar to the Galaxy Note 8. The fingerprint scanner position probably changes in Galaxy Note 9.
Source 1 – Source 2

10 idioms to help you notch up your writing game

How Angular Development Works for PSD to Angular