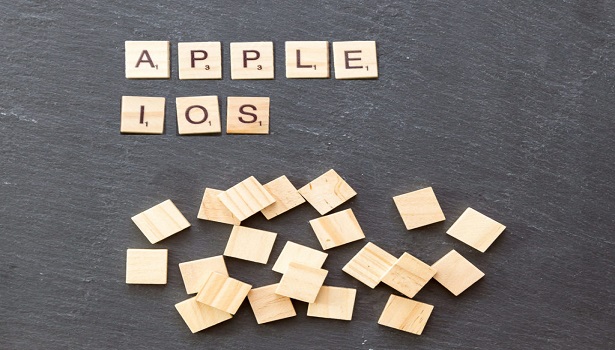 Apple keeps updating iOS- the operating system on which it’s Smartphones and tablets run and every time a new update to iOS is announced- fans get excited. Recently, Apple unveiled version 11.3.1 of iOS and the update brought several enhancements and bug fixes. The iPad and iPhone users can head to Settings > General > Software Update in their devices and download the OS update if they don’t receive prompt from Apple. The iOS 11.3.1 is available for iPhone 5S or later versions, iPad mini 2 and later devices and 6th generation iPod touch or subsequent models. The update size is just 50MB.

Below listed are the top new features in iOS 11.3.1

With iOS 11.3.1, Apple has brought the much-desired fix to a frustrating problem faced by some iPhone 8 owners. The users found the device touch screen to be unresponsive after getting those repaired by third party vendors. However, Apple cautions users about using any “non-genuine replacements display.”

Earlier, iPhone X users could not approve family purchases using Face ID. However, with iOS 11.3, parents can now approve purchases using Face ID by their devices. The parents need to enter their passwords for approving a purchase for the first time, but subsequently, they can just use the Face ID for making purchases. From second time, tap the Buy button and you will see Face ID authentication popping up.

Now, you can see battery health information with more details in the settings. You can also check out peak performance of the device battery.

The iOS 11.3 update also introduces new Animojis but those are for iPhone X users. There are now 16 animojis. You can also avail enhanced augmented reality features through Apple’s ARKit. Improvements can be felt when mapping the irregularly shaped objects. The virtual objects can be placed better on vertical surfaces.

The new Health app enables users to access medical records easily. The features have been made available to several hospitals across the country like John Hopkins Medicine, Cedars-Sinai, Penn Medicine etc. More facilities will be added later.

The App Store got revamped with the release of iOS 11 but this update adds even more new features. You can now sort reviews with filters like most critical, most recent and most helpful. Under app updates section, each app lists exact file size and version number- which is handy.

The other new features included in iOS 11.3 update are enhanced news app, enhanced privacy icon, Advanced Mobile Location support, video playlists and ad-free music videos. Business Chat is a new feature that is in beta stage in this version.

What are the deal breakers?

Unfortunately, no iOS update to date has been perfect! The same is applicable for iOS 11.3.1. The update is not meant for those who jailbreak their devices. However, users report that minor app store and audio bugs still persist. The Battery Health Monitor introduced in this version is also leading to problems with some devices, according to dozens of users.

So, this update is more ideal for those with devices running iOS 11.3 and those who have been suffering from that unresponsive touchscreen issue. So, the users are expecting iOS 11.4-which is now in beta stage to offer solutions to other existing bugs. The fifth beta is now available and so it will not be too long before the final versions hit the air.

Things you will see in every Fauji house

How To Check Transmission Fluid (Hot or Cold) + Common FAQs!

Somehow, with recent software updates, the iPhone’s battery life has become worse and the screen hangs at times! I’m worried that my love for Apple might end soon!