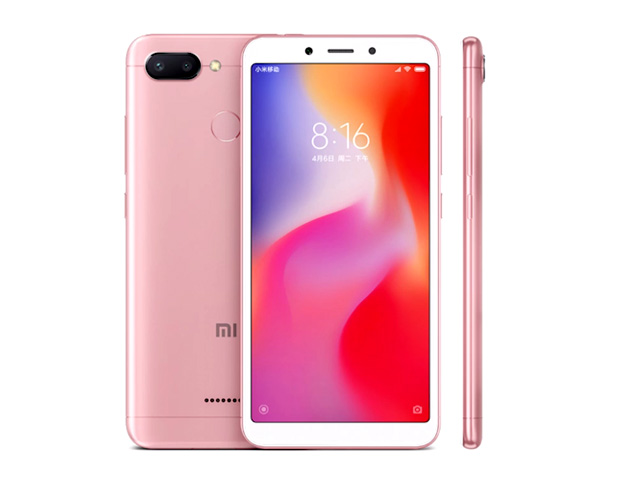 Chinese electronics giant Xiaomi announced the launch of its latest two budget smart phones, Redmi 6 and Redmi 6A. They announced it on an event held in China and stopped leaks and rumors about these phones. We all know currently Xiaomi is on fire in electronics market and now they come with some cool feature in budget smart phones such as Face Unlock, a horizontal dual camera setup, an 18:9 display, and a rear-mounted fingerprint sensor.
Redmi 6 Specifications:
The Redmi 6 runs MIUI 9 on top of Android 8.1 Oreo, and having 5.45-inch HD+ (720×1440 pixels) display with an 18:9 aspect ratio and 80.7 percent screen-to-body ratio. As for internals, the budget smartphone is powered by an octa-core 12nm MediaTek Helio P22 SoC (clocked at 2GHz), paired with 3GB/ 4GB of RAM. The Redmi 6 measures in at 147.5×71.5×8.3mm, and weighs 146 grams. It is powered by a 3000mAh battery.
In Redmi 6, company placed dual camera setup at the back, with a 12-megapixel primary sensor and a 5-megapixel secondary sensor, with 1.25-micron pixels and an f/2.2 aperture. It features Portrait mode. On the front, the smart phone gets a 5-megapixel selfie sensor with f/2.2 aperture and 1.12-micron pixels, as well as AI beautification features. There is 32GB/ 64GB of inbuilt storage, expandable via microSD card (up to 256GB), with its own card slot. 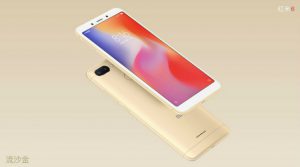 If we talk about connectivity the Redmi 6 include 4G LTE, Bluetooth 4.2, Wi-Fi, GPS/ A-GPS, a 3.5mm headphone jack, and Micro-USB. It has all important Sensors on board include accelerometer, ambient light sensor, digital compass, gyroscope, infrared, and proximity sensor.
(Also Read:Walkie-Talkie mode on Apple Watch)
Redmi 6 Availability:
They are launching Redmi 6 in their home country China first on 15 June, Friday and the price in China has been set at CNY 799 (approximately Rs. 8,400) for the 3GB RAM/ 32GB inbuilt storage variant and CNY 999 (approximately Rs. 10,500) for the model with 4GB of RAM and 64GB storage. Xiaomi did not announce anything about launch in other countries yet.

Not All Relationships Are Meant to Last Forever

Hello I am Saurabh Mangar, an engineer by brain and blogger by heart. I started blogging at the age of nineteen. I like to know about technology and believe in 'knowledge is to be shared'. I also write about technology on my own blog GEEKPIE I am fun living guy with creative mind. I like reading books, playing video games and I'm always curious about new things.

Top Trending Apps For Your Smartphone