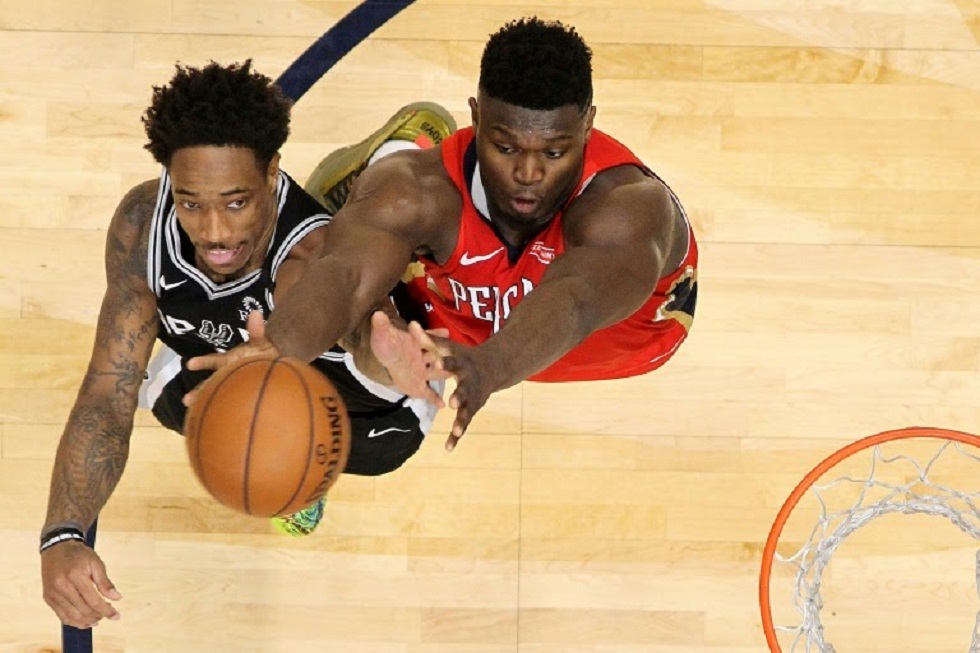 It was the most anticipated debut since LeBron James suited up against the Sacramento Kings in 2003. The first pick of the 2019 NBA draft, Zion Williamson, who has been hailed as one of the most talented prospects in the history of the NBA, made his regular season debut for the New Orleans Pelicans on January 22nd. ESPN moved the game to Wednesday prime time because of the hype surrounding the return. Yes, that’s how insane the hype was.

Zion Williamson: All You Need to Know About His Debut

What happened to Zion Williamson?

Zion Williamson sat out the first three months of the season because of a torn meniscus in his knee.

Who did Zion Williamson play in his NBA debut?

His NBA debut against the San Antonio Spurs was highly awaited and everyone was extra hyped for it. However, for the first three quarters, he didn’t really do much. Because of the Pelicans’ minutes restrictions, Zion Williamson wasn’t able to get into any rhythm and committed many turnovers as well. However, he put together a three minute stretch in the fourth quarter which was unlike anything anyone has ever seen. He went on a personal 17 point run against the Spurs and gave the Pelicans a one point lead. He was taken off the court as per the Pelicans’ minute restrictions plan after that. He made all four of his three point attempts during that stretch and the New Orleans crowd went crazy. Chants of ‘MVP’ pierced the air of the Smoothie King Center.

How did Zion Williamson play in his NBA debut?

Zion Williamson started really slow. He only scored two points in the first half and looked out of sorts. Pelicans coach Alvin Gentry played Williamson in choppy four-minute stints that prevented any rhythm Williamson might’ve been able to establish. But Williamson exploded for 17 consecutive points in the fourth quarter. He made four 3-pointers in just 3 minutes, 29 seconds of action.

The New Orleans Pelicans were on a high. They had won 10 of their past 14 games and were only 3.5 games behind the eighth seed. However, they were clearly more concerned with preserving Williamson than winning the game. What else could explain the decision to take Williamson out of the game with five minutes to go in the game, especially after Zion Williamson had been on a historic tear.

It’s tough to understand how letting a 19 year old play for five more minutes would’ve aggravated his injury. Even coach Alvin Gentry wanted to leave Zion Williamson in. He cancelled multiple substitutions during his insane run. However, the medical staff drew its line in the sand and asked Gentry to take Williamson out. Gentry eventually yielded. Zion Williamson did plead his case on his way out though.

“Coach, I can win the game for this team. Leave me in."

—Alvin Gentry on what Zion said before he was subbed out (via @MarcJSpearsESPN) pic.twitter.com/DyQ2WvUGU4

Whoever made the call, fans, commentators and analysts alike, weren’t happy with it. As Zion Williamson sat on the bench, the fans kept chanting “We Want Zion” as the Spurs regained their grip on the game. Most fans in the arena had bought their tickets to watch Zion Williamson in action and their disappointment was understandable. The New Orleans Pelicans sold many season tickets after they drafted Zion Williamson in 2019 and he was the highlight of the season.

What does the future hold for Zion Williamson and the New Orleans Pelicans?

When we look at the bigger picture and the long term future of the New Orleans Pelicans franchise, this decision made complete sense. The Pelicans’ other young players are playing really well. Brandon Ingram has finally started transforming into the player he was supposed to be with the Los Angeles Lakers. Lonzo Ball is also finding his footing. The team has a great collection of youngsters and veterans and is poised to be a major player in the Western Conference over the coming years.

Zion Williamson concluded his staggering debut appearance with 22 points on 8-of-11 shooting. He was a perfect 4 for 4 from three. He also grabbed seven rebounds and dished out three assists. He did all of that in just 18 minutes. As per ESPN, the 17 fourth-quarter points are the highest for a player in a quarter during his debut over the past 20 years. Zion Williamson’s 22 points are also the highest any player has scored during his debut in the shot clock era (while playing less than 20 minutes). Yes, that’s a  very specific stat, but it’s important to showcase how historic Zion Williamson’s night was.

Co-incidentally, Zion Williamson also became the first player to make all four of his three point attempts in his debut.

It will be unrealistic to expect Zion Williamson to have a perfect shooting night like this. Jump shooting is one of the weakest aspects of his game after all. However, Zion Williamson has proven that he can’t be left completely unguarded at the three point line. Zion Williamson will consistently fly in for rebounds, explode for rim rattling dunks in transition and play tough defence on a regular basis, but his jump shot will probably not fall so well every night. However, the NBA has been put on notice, if you sag off Zion Williamson too much, he will make you pay.

Aside from his almost superhuman strength and athleticism, Zion Williamson has also displayed a great knack and understanding for the game. He didn’t just score at will, he also did a great job distributing the ball and finding teammates for open looks. He might have had more than 10 assists if his teammates made more shots. Check this possession out. Zion Williamson starts the possession on the perimeter. But instead of hanging around the three point line, he reads and recognizes the absence of a big man at the rim and immediately seals up a post position under the basket:

This what separates Zion from other rookies & many veterans

& Lonzo is one of the very few players who can routinely make that pass#scary pic.twitter.com/a33ZRcsX9e

Zion Williamson continued displaying his great court vision in the second half. He secured a defensive rebound and started his own fast break. He then found a cutting Moore for an easy finish at the rim.

That kind of situational awareness is something elite point guards do. Williamson kept his head up, and chose to pass the ball forwards rather than keep it in his hands. His pass split two Spurs defender and caught Moore in his stride to the basket. All of the key players on the Pelicans, Ingram, Ball, Williamson, and Holiday, can lead a fast break. All of them are good passers, and they can get to the rim at will. It makes it difficult for defenders to converge on one player.

The New Orleans Pelicans traded their franchise cornerstone, Anthony Davis away during the 2019 offseason. However, they acquired a lot of young talent from the Los Angeles Lakers in return. However, it’s their acquisition of Zion Williamson via the 2019 NBA Draft, that really puts the Pelicans over the top. Zion Williamson is the most hyped prospect since LeBron James. His debut was one of the most hyped up games for a rookie in history. And somehow, someway, Zion Williamson exceeded all of that with just a three minute run for the ages. A star was truly born in the Smoothie King Center, and it’s going to burn bright. Beware NBA, beware.