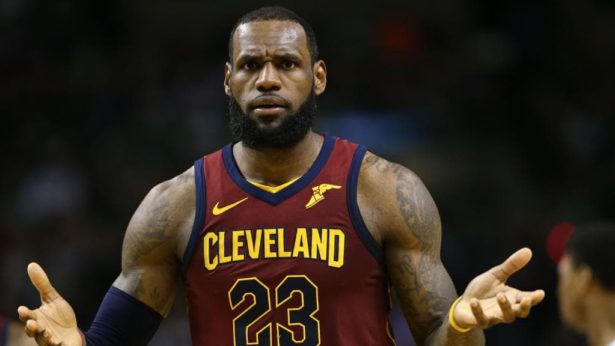 The 2017-18 NBA season concluded with the Golden State Warriors completing a 4 game sweep of Lebron James and the Cleveland Cavaliers (second time that James has been swept in the Finals). Now that the NBA Draft is also over, the focus shifts to Free Agency. Specifically, on LeBron James. He can opt out of his contract (he most certainly will) and become a free agent by June 29th. There are some other superstars like Paul George hitting free agency as well, but none of them are as ‘super’ as James. His decision will influence the decision of every other free agent and team, so let’s discuss what he might do.

This summer, based on his status as the best player in the world, LeBron James has 30 teams to choose from. Los Angeles has emerged as the leader among all destinations for James (says ESPN’s Brian Windhorst, the world’s most revered James historian, without specifying between Lakers/Clippers). Close on Los Angeles’ heels, is the current home of James, Cleveland. The city of brotherly love, Philadelphia is a distant third. To be frank, if winning a ring is LeBron James’ top priority, none of these teams can get the job done. Either way, let’s analyse them quickly.

The Sixers’ talent pool is decidedly better than that of the Lakers’ (assuming James chooses them over the Clippers). However, Ben Simmons is basically a discount LeBron James without a jump shot. In other words, their talents are not what we’d call complimentary. On the other hand, the idea of the Lakers as contenders is heavily dependent on them adding another star (and possibly another on top of that) before they can even approach James. Still, the unexpected happens in the NBA at times.
Let’s not forget, in 2010, Dwayne Wade and LeBron James were expected to team up in Chicago. Chris Bosh and the Big 3 in Miami was quite unexpected. Even in 2014, conventional wisdom was against LeBron James leaving Miami after making 4 straight Finals. He ended up going to Cleveland, brought Kevin Love from Minnesota and made 4 more Finals in a row. So we can safely conclude that outside of consistent on-court excellence, expect the unexpected from LeBron James.

As he approaches the twilight of his career, his priorities might have shifted. His kids schools, and his wife’s choices will have a bigger impact on his decision than ever before. Maybe he will join a team which will help him win the title without playing 45 minutes a game (Houston?). Or he will join a team with a supporting cast tailor-made to help his ascension to the top of every statistical list in NBA history. So, what would LeBron do? We will find out soon enough.

Creative Ways to Discipline Your Child