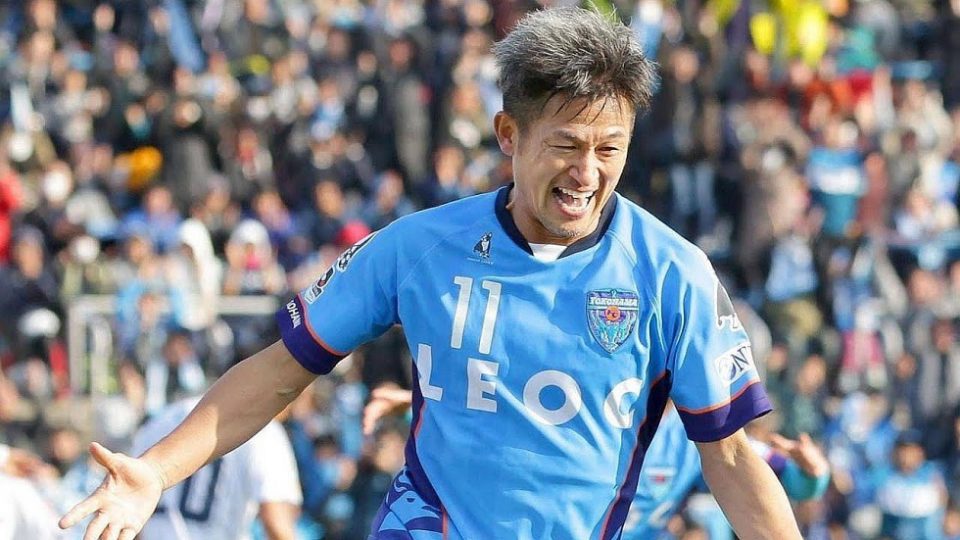 Record-breaking Japanese star Kazuyoshi Miura has officially put pen to paper to sign a new contract with J1 League outfit Yokohama, at the age of 53!

The Japanese forward, popularly known as ‘King Kazu’, is the oldest goalscorer in Japanese professional football as he has signed for his 17th campaign with the club, which his 36th season in total in his amazingly-long career.

King Kazu will be turning 54 on February 26, which is a day before the J1 season starts. He emerged as the oldest player in the top-flight’s history against Kawasaki Frontale while he was aged 53 years and 210 days last September, and he went on to register three more appearances for that campaign.

Miura started off that game against Frontale as his team’s captain. He went on to play for 53 minutes before he was subbed off the match, which ended in 3-2 in favor of Yokohama.

After the game, Miura said to the media via Goal: “When I stepped onto the pitch, I felt a deep desire to fulfill my duty and harness everyone’s feelings in that armband.”

In a statement released by the Japanese club, Miura claimed that his “hopes and passion for football are only increasing” despite only featuring in seven league games in the last two years for the club.

“Last season, I was feeling the joy of playing football at a time when the world was facing a tough situation because of the new coronavirus,” he said.

The 53-year-old last goal for the club was scored in 2017, when he scored the only goal in a 1-0 victory against ThespaKusatsu Gunma in Japan’s second tier, while he was aged 50 years and 14 days which made him the oldest player to bag a goal in a professional league match in Japan. His availability in football made him a form of bets for the fans, and these requested bets from Sky were backed up with impressive odds, Miura doesn’t feature in lots of games like he used to before.

Miura began his professional football career with a contract signed with Brazilian club Santos back in 1986. He played for many other Brazilian teams like Palmeiras and Coritiba before making a return to Japan in 1990.

Shortly after returning to his homeland, he became the face of the J-League following its launch back in 1993 as he was the first Japanese winner of the Asian Footballer of the Year award for 1992. He helped Verdy Kawasaki lift the league title in 1993 and 1994.

Right after that, the Japanese star opted to move to Italy to join Genoa, where he registered 21 appearances and contributed a goal for the club. Forward has had few short spells all over Europe, he even featured for English club Bournemouth in the same year he played for Kyoto Purple Sanga and Vissel Kobe.

Miura made his debut for Japan national team in September 1990 and he went on to bag 55 goals in 89 international appearances for the senior team and he was pivotal in helping the team win the Asian Cup back in 1992. He had spells with Sydney FC and Dinamo Zagreb in his early years. He is one of three players to ever register more than 50 goals for Japan, as Shinji Okazaki and Kunishige Kamamoto have also achieved this feat.

Yokohama ended their last campaign in the 15th position in the J1 League, which consists of 18 teams, having scored 33 points from 34 games.