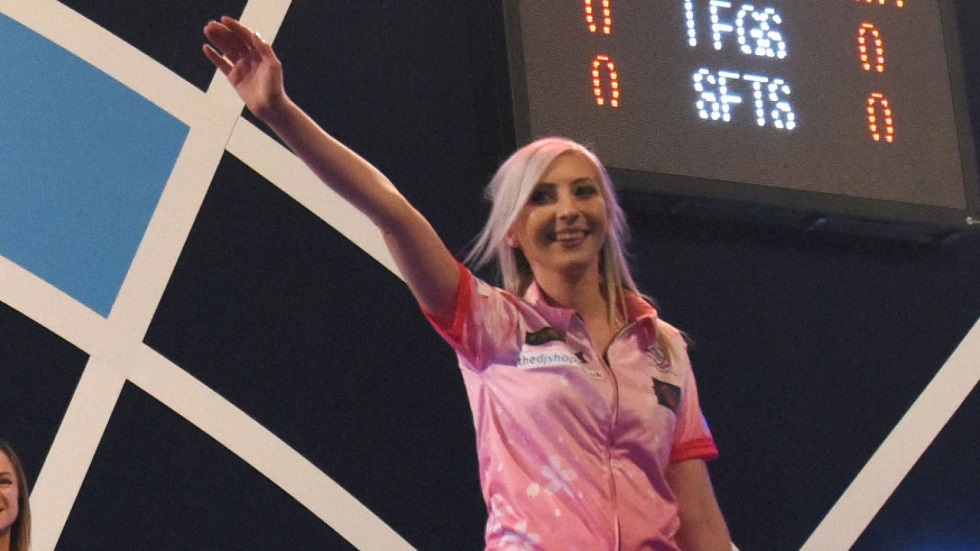 Fallon Sherrock made history by becoming the first woman to win a match at the PDC World Championship, providing a watershed moment for the sport of darts.

Sherrock overcame Ted Evetts in their first-round clash, recording a 3-2 victory in Alexandra Palace to advance in the competition. Only two women qualified for the tournament and the other female competitor Mikuru Suzuki was able to take her opponent James Richardson all the way to a deciding leg, only to lose to the Englishman. However, even the defeat of the Japanese shows that women in the sport are beginning to make serious strides to match their male counterparts.

Last season both Anastasia Dobromyslova and Lisa Ashton were beaten in the first round, while Canada’s Gayl King was the only previous woman to have entered the PDC World Championship in 2001 when she was defeated in the first round in a 3-1 defeat to Graeme Stoddart.  The victory for Sherrock is a milestone, although it will be a long time before the 25-year-old or another female darts player will be considered one of the leading contenders in the darts betting odds to win the crown.

Sherrock and Suzuki’s performances will be a measuring stick for other women to match and there will be opportunities in the future given that two female competitors are granted places in the PDC World Championship every year following a rule change in 2019. It could follow a pattern seen in other sports where women are beginning to emerge as champions in fields that were dominated by men in the past – most notably horse racing.

Meriel Tufnell provided the breakthrough for women in the sport of horse racing in 1972 when she became the first female rider to triumph at a major event in the Goya Stakes at Kempton Park on the back of Scorched Earth. It took a lot longer for a female jockey to enjoy the same level of success in a leading jumps race. Nina Carberry made the crucial impact in 2006 when she triumphed in a Grade One race at the Champion Bumper at Punchestown Festival, riding Leading Run to the record the victory and etch her place in the history of the sport.

Milestones have continued to be broken in the 21st century. Lizzie Kelly on the back of Tea For Two notched significant victories at Aintree and Kempton Park. However, success at the leading events of jumps racing at Cheltenham Festival had eluded a female jockey until 2019 when Bryony Frost secured the Ryanair Chase with Frodon – becoming the first woman to win a Grade One event at the famous festival. Rachael Blackmore then followed in the footsteps of Frost later in the week to win the Albert Bartlett Novice’s Hurdle on 50-1 shot Minella Indo.

Horse racing has proved that once the barrier has been breached that success can come. Female jockeys are becoming more prevalent in the leading events of the sport and a major triumph in the likes of the Cheltenham Gold Cup or the Grand National is not far away. Darts has had its watershed moment and there is hope that it could follow in the footsteps of horse racing to see women become an integral part of the sport.