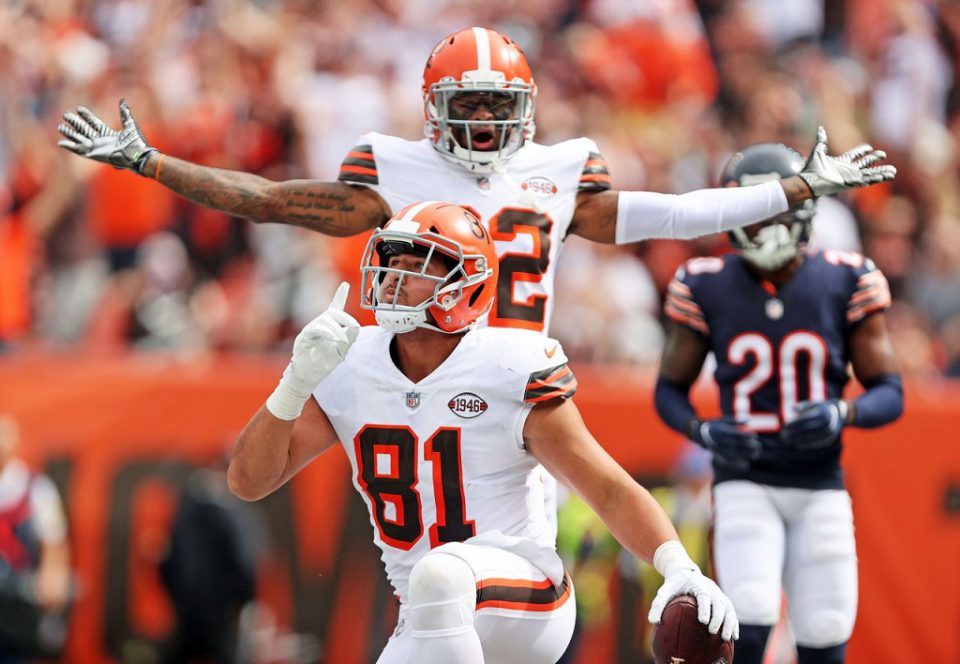 Few franchises have been starving for a championship like the Cleveland Browns. They entered 2021 moderately favored to go all the way but have been set back by injuries and poor defense.

With the entire offense intact and playing, they have one of the league’s best run/pass combos. Unfortunately, Odell Beckham Jr. had yet to return from his season-ending injury a year ago, and wide receiver Jarvis Landry just went down with a knee injury. Quarterback Baker Mayfield is questionable for Sunday’s matchup against the Chicago Bears with a shoulder injury to cap it off.

Landry got placed on the IR and will miss at least three games, there’s still no timetable for Beckham’s return, and starting tackle Chris Hubbard is also out. With all of these injuries and questions around Baker Mayfield’s health, it looks hopeless for the Browns. Luckily for them, they’re more than a one-trick pony.

Despite all that’s going on, the Browns are currently listed at +1600 to win the Super Bowl with popular bookies like Ceasars sportsbook, making them the eighth-most likely team to go all the way.

Cleveland is coming off of their best season in nearly two decades, and they entered this year with higher hopes than ever. The Browns ultimately lost their first game of the year against the Chiefs but looked like a good football team in the process.

The offense was clicking, and Cleveland led for most of the game until Patrick Mahomes took over late in the second half. Remember that Kansas City is the odds on favorite to win the Super Bowl this year, and the Browns played with them for almost the entire game.

Cleveland managed to sneak out of Houston with a 31-21 win over the Texans but didn’t look sharp doing it. They also paid a heavy injury toll by losing Jarvis Landry for at least three weeks.

Disaster nearly struck even harder in the first half when Baker Mayfield dislocated his shoulder while making a tackle due to an interception he threw. He returned in the second half and ended up throwing for a touchdown and running for another in a fantastic display of toughness.

The combination of Nick Chubb and Kareem Hunt is possibly the best in football and one of the best. Chubb is a pro bowler, and Hunt is a former pro-bowler who would be a full-time starter on most other teams in the league. So far on the season, they have combined for 313 total yards and four touchdowns. With all of the injuries at wide receiver, expect the Browns to ride this combo heavily.

Led by pro-bowler Austin Hooper, the trio of tight ends in Cleveland is also one of the best in football. Hooper, David Njoku, and Harrison Bryant have combined for 18 receptions and 227 yards, which is nearly half of the Browns’ offensive passing production. This trio is also why the Browns are hurt but not doomed by injuries at wide receiver.

Anyone who watched more than a minute of Browns football last year knows that their secondary defense was a dumpster fire. With the return of pro-bowler Denzel Ward, key pieces like Grant Delpit and Greedy Williams, and draft picks John Johnson III and Troy Hill, look for the Browns secondary to be much stronger.

Perhaps the most significant move the Browns made on the defensive side this off-season was adding Jadaveon Clowney. With massive talent and big-play potential, Clowney joins one of the best defensive ends in football, Myles Garrett. With superstars coming off both sides of the defensive line, expect lots of sacks and hurries against opposing quarterbacks.

The Browns aren’t playing reasonably as well as expected in the early going, but it’s too early to push the panic button. Cleveland gained valuable playoff experience last year, beating the Steelers and giving the Chiefs all they could handle. They have one of the most talented teams in football when healthy and are more than capable of going all the way this year.