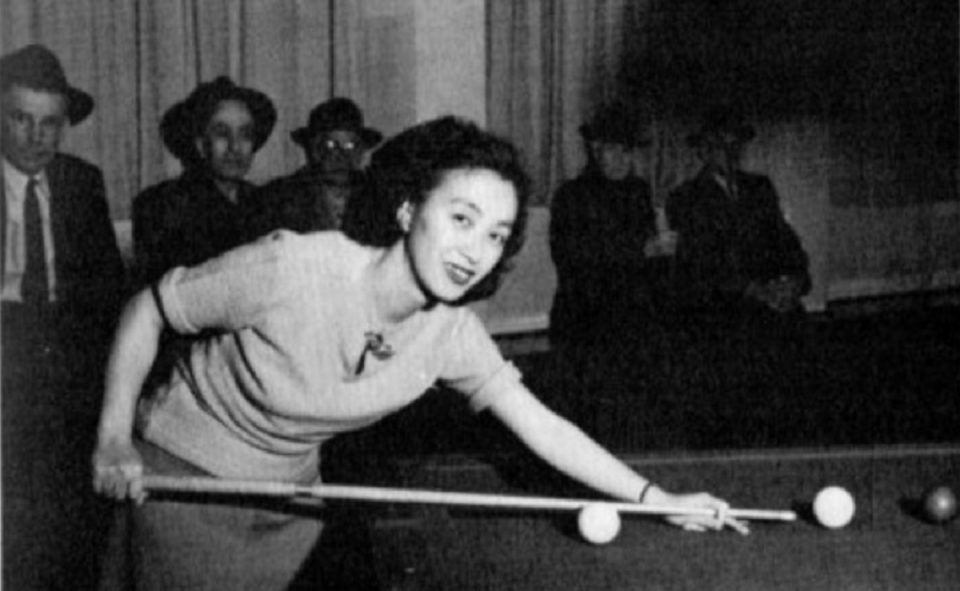 Masako Katsura is one of the legendary sportspersons born on 7th March, 1913 in Tokyo, Japan. She is also known as ‘The First Lady of Billiards’ as she was the first woman who completed the World Three-Cushion Billiards Championship in 1952. Katsura was a world-class female billiard player who mastered the game which was then played only by men. She loved the game very much and always encouraged other women to play the game through interviews and billiard exhibitions. The world will never forget the contributions made by Katsura by making other women participate in billiards during the times when women were believed to be insubstantial and fragile.

Masako Katsura began playing billiards at the age of 14. She was born in 1913 in Tokyo and raised in a conservative family. Her mother grew much more protective of her when her father died, encouraging her to take up billiards. Masako has experienced health problems since she was a child. She lacked stamina and was often exhausted. As a result, her mother encouraged her to learn to play billiards to improve her mental and physical strength.

In the 1920s, billiards became an important game in Tokyo. After Katsura’s father’s death, she was sent to her elder sister. Her brother-in-law owned a pool hall where Katsura learnt professional billiard skills. She was given a job at the billiard hall and every day, Katsura practised her game. At the age of 15, Katsura won her first championship. This made her popular and attracted Japan’s champion, Kinrey Matsuyama. He was known as the Japanese Willie Hoppe and became the new coach for young Masako Katsura. With the help of her master, Katsura learned new skills in the game and started paving a path to fulfilling her dreams.

In the 1950s, World War II had already damaged many sports careers due to the war and Katsura’s was no exception. Though, she started working on gaining back her reputation after the war was over and performed in a one-woman show for Japanese troops. She performed billiard tricks for the American troops which slowly brought her international fame. The news about her skills and grace was all over the media and she was invited by a USA champion named Welker Cochran. Katsura moved to California in 1951 after her marriage. She was shocked to see that billiards in the USA was strictly male dominating. In Japan, women used to work and play in billiard halls but in the USA, only men could be seen all over the place.

How did Masako Katsura become The First Lady of Billiards?

In the US, Katsura started working with Welker Cochran and together, they advocated for women entering in billiard. However, the media gave more attention to gender and one paper even gave Katsura the name ‘a real Japanese Cue-tee’ instead of speaking about her game skills. But the professional billiard players admired Katsura’s game and respected her as a professional player. In 1952, she became the first woman to compete in an international billiards tournament which gave her the title, ‘the first lady of billiards.

She rose in ranks as she played more games and proved that billiard was a game for both men and women equally. Slowly, she became the face of billiards worldwide. In the 1950s, she ranked nearly every international championship, winning them all irrespective of gender or age. However, she took a retirement soon after 1961 when she lost against Harold Worst, the then reigning world champion.

Katsura met Verner Greenleaf, who was serving as a master sergeant in the United States Army, during an exhibition in 1947. Greenleaf was stationed in Haneda Air Base in Tokyo at the time, and he met Katsura there. He became fascinated with her and requested her to teach him some basic billiards techniques. And during this training, the pair began to fall in love with one another and decided to marry. They married on November 30, 1950.

Katsura started showing up in tv interviews and billiards exhibitions after winning billiards competitions in Japan and thereafter started appearing in public events. She also wrote two books on billiards titled, “Improve your Billiards” and “Introduction to Billiards”. When she lost the game against Worst in 1961, Katsura took retirement and was no longer seen on TV channels or billiard exhibitions. It is believed that her husband Greenleaf did not like people commenting or remarking about her. Katsura died in 1995 when she was staying with her sister Noriko. In 2002, Katsura Memorial was held in Japan titled ‘The First Ladies Three Cushion Grand Prix’.

Getting Your Loan Approved Even With Bad Credit: A How-to Guide

Which Athletes Invest in the Development of E-sports