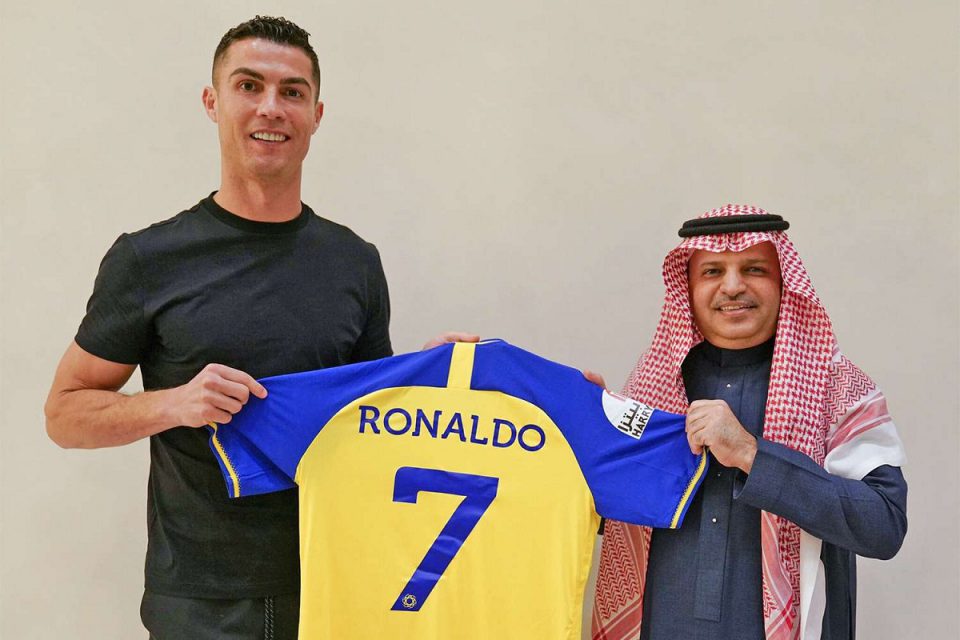 It is interesting to note that Niccolo Sarika reported: “The relationship between Ronaldo and Erik ten Hag is over, he will ask to leave in January.” Now that it is January 2023, the Portuguese legend is already out of Europe and heading to the Middle East. No one can match the speed of Ronaldo, even while forecasting his decisions. In this article, we break down a few reasons why Cristiano Ronaldo hated his second career with Manchester United.

Before Ronaldo Heads To Saudi: Here’s Why He Left Europe

LATEST: From Being Fired To The 200 M Dollar Deal

Cristiano Ronaldo has finally chosen his future club. Al-Nassr in Saudi Arabia is ready to do anything to attract him and it seems that the footballer has finally agreed. With Al-Nassr, he completed a lucrative move ( earning up to $200 million a year from the deal) after confirming that he had refused an exceptional offer of 350 M from Al-Hilal last summer.

The Portuguese legend heading to the Saudi league is hailed as a landmark moment for football in the Middle East but we must ask if it’s mostly about his expected salary of $200 million per year which makes Ronaldo the highest-paid soccer player in history thanks to Al-Nassr.

The huge crisis between Cristiano Ronaldo and Manchester United:

1. Suspension and the substitution:

The story goes that Ronaldo was suspended by United and would train alone after the Reds officially addressed the abandonment of CR7, who refused to come on as a substitute despite being asked by Erik ten Hag.

The Portuguese phenomenon left Old Trafford before the 2-0 defeat to Tottenham when it turned out that he did so after being asked by his coach Eric ten Hag to come on – and refused to come on as a substitute in the last minutes.

It seems that both sides have had enough of each other, and the Reds have taken matters into their own hands.

The Dutch coach determined CR7’s punishment when the team’s statement read: “The suspended Ronaldo will not be part of the squad for the game against Chelsea. The rest of the players are focused and concentrating on preparations for the match.”

2. The relationship between the coach and the striker was at a low point:

It was revealed in the ‘Daily Mail’ that the reason for the suspension was his refusal to come on as a substitute in the closing minutes and leaving the stadium in anger. They added that the other players did not even notice that he was not in the dressing room and celebrated the victory, while in ‘Athletic’ it was written that no one asked where he was.

“We are talking about Ronaldo even though he didn’t play at all. It’s disappointing that one of the best players in the world behaves like this when his team is winning,” said former defender Maika Richards. Precisely without CR7, United registered the most threats to the goal this season with 28 such against the Roosters.

3. His family showed us what CR7 is feeling inside:

Cristiano’s sister, Alma, who has visited her famous brother more than once in recent months, published a story with a distinct message: “My hero and the love of my life, I will be with you until death do us part. Karma exists and I see many things, especially disrespect. Don’t do what you don’t want to be done to you.”

4. Cristiano felt betrayed by his own club:

CR7 started only two games this season in the Premier League, where in 10 appearances he has only one goal. He did not start in any of his team’s six wins in the league this season. The decision to suspend him was 100% Ten Hag’s when the club confirmed it and backed the coach.

In his bitter 90-minute interview with Piers Morgan, Ronaldo said his coach Erik ten Hag, and other senior leaders of his club were trying to force him to leave. To the host asking him if the management of Manchester United is trying to part with him, the Portuguese, in the process of leaving for the World Cup in Qatar, replied: “Yes, I felt betrayed and I had the feeling that some people didn’t want me here, not just this season, but last season as well.”

“I have no respect for him because he shows no respect for me,” he said on the famous British television presenter’s show. “Not just the manager, but two or three other guys around the club. I feel betrayed.”

5. No empathy for the tragedy of his son’s death:

Last April, when he announced the death of his newborn baby boy, Ronaldo was supported by opposing clubs of Manchester United, the royal family, and tens of thousands of football fans ALL except his own club who doubted his words and his leaders would have greatly lacked empathy.

“It was the worst moment I’ve been through in my life since my father died. When you have a child that you expect and that everything will be normal, it’s hard. As a human being, it was hard for me, because I didn’t understand why it happened to us. We didn’t understand what was happening at that time”, said CR7.

“When we came back, the children asked, ‘Where is the baby?’. With Cristiano Jr. we explained everything to him, we cried together and he understood, but was confused. The other children who asked, at first we hid it from them, but then I said it would be better if we told The truth. I think it connected us more with the children and with Georgina. Sometimes this kind of thing drives couples apart, but for us, it brings us closer together. I started to see life from a different perspective. This was the hardest I’ve had since my father died. I’m sure he’s with my father, they are with me in my heart. This is something I will keep with me for life.”

All coaches failed after Ferguson, because of the lack of development according to the Portuguese legend.

“Yes. United is behind in terms of technological developments and improvements in training. They are not at that level, but I hope that in the coming years they will be able to get closer to other teams in Europe.”

For some context: The Portuguese international, after reigning over Real Madrid and passing through Juventus Turin, returned to Manchester United in August 2021. Never returning to the glorious years of his first spell, under the tutelage of Alex Ferguson.

“When I signed, Veran also arrived and I thought things would go the way they should go to Manchester. When Ferguson and David Gill left, I knew United wouldn’t be the same, but I didn’t believe the gap between reality and expectations was so big, it was surprising to me”.

For him, this second spell at Manchester United is the most painful and difficult period of his life, both footballing and personal. “Since Sir Alex left, I haven’t seen any development at the club. Nothing has changed,” Ronaldo said. “I want the best for this club, that’s why I came to Manchester United. But there are internal elements that don’t help us to reach the top level of (Manchester) City, Liverpool and even Arsenal (…) A club of this size should however be at the top of the hierarchy and unfortunately it is not. The five-time Ballon d’Or would also be shocked by the dismissive attitude of some young club players.

7. Ronaldo also didn’t along with Rangnick:

“When they fired Solskjaer, they brought in Rangnick. Nobody understood that. He’s not even a coach, why did they bring him in? It was a ridiculous decision, obviously. If you don’t Coach, how will you be the coach of United? United stepped behind Liverpool and Chelsea. They need to improve and improve the team, or the seniors, I don’t know who the problem is.

Neither I nor anyone has heard of Rangnik. Of course I respected him, because he is the coach. I called him a boss like all my coaches, but I never saw him as a coach. There were things I didn’t agree with. It surprised me, but on the other hand it didn’t, because I saw the team’s infrastructure.”

8. “I was close to Manchester City”

“The truth is, it was close. It was something we talked about a lot and Guardiola said two weeks ago that they tried to get me, but my history at United, the emotion, the love, and everything I did before had an effect and that’s why I came to United. I was surprised, but it was my decision because the heart spoke. I think I made a conscious choice that I don’t regret and as you mentioned, Sir Alex Ferguson was the key to my return. I spoke to him before. He said it was impossible for me to come to City. I said ‘OK boss’. I listened to him and I returned.”

Finally, this criticism got him fired:

During his TV interview with journalist Piers Morgan in November, just before the World Cup, “CR7” settled accounts with Manchester United and attacked its coaches, past and present, and its leaders. He even attacked his former teammates like Rooney without an ounce of self-criticism for his own disadvantage.

Manchester United announced the termination of his contract “by mutual agreement” after the interview.

During his interview with Piers Morgan Ronaldo addressed the criticism he received:

“It was difficult for me to regard Rangnick as a coach, I had not heard of him”, and he was angry about the criticism: “It’s jealousy, I’ve been at the top for 21 years. Most of what is written about me is rubbish”.

After a few weeks things did not work out and Solskjaer was fired:

“The truth is, when I signed for United I thought everything had changed. 13 years is a long time, I was at Real and Juventus and when I came back I thought everything would be different. The technology, the infrastructure. But I was badly surprised. I saw that everything was the same. There was a lot of lack of stability in the team, it seemed as if the clock had stopped”, said Ronaldo during his all-revealing interview with Piers.

“I respect different opinions and approaches of coaches, but there is a point where you no longer agree. I have always been near coaches in my career from the greatest in history and then I saw the coaches who came here and want to revolutionize our football and that is not true. I loved Solskjaer because he is an amazing person to me. As a coach? He didn’t know what he wanted. He did a good job, he needed more time, but I have no doubt that he will be a good coach in the future. I was happy to work with him.”

Why Insuring Your Health is a Smart Investment: A Full Guide