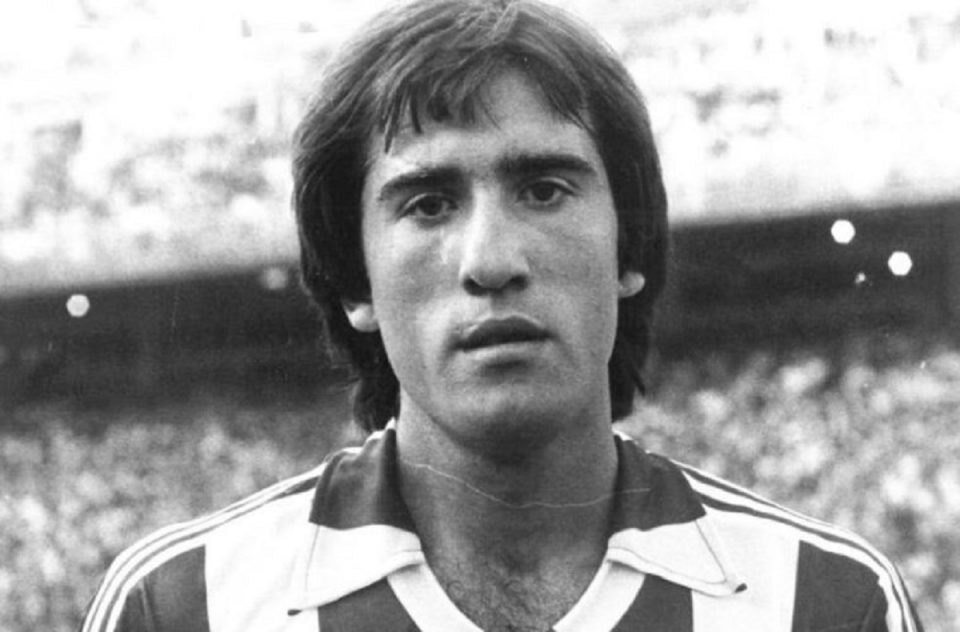 Andoni Goikoetxea has gone down in history for tearing Diego Maradona’s internal ligament from his ankle, i.e. a triple fracture. For this misdeed, he was voted “the worst player in history” by the English daily newspaper “The Times”. Is this why he was called The Butcher of Bilbao? Let’s find out!

The Butcher of Bilbao: Facts About The Man Who Tore Maradona’s Ankle

Here’s how The Butcher of Bilbao got his name:

Andoni Goikoetxea was ready to give everything on the pitch. And he was also ready to leave knives around (not literally) to prevent the opposing attacker from passing. In short, an example of courage and devotion, always bordering on aggression and wickedness.

2. The deadly tackle that would change his life:

Everything will change on September 24, 1983, in a match against FC Barcelona and Diego Maradona. The Catalans lead quietly 2 goals to 0 in a match without the slightest card. But at the hour of play, the attack of Goikoetxea on Maradona arises. In two seconds, the Basque stopper has just broken the ankle of the Argentinian strategist. The aggressor collects only a simple yellow card, while Maradona will be out for three and a half months.

3. Englishman Edward Owen was quick to name Andoni “The Butcher of Bilbao”:

In the Catalan (Barca) press the next day, Andoni went from heavyweight international defender to national butcher. Suspended sixteen games for this murderous tackle, Goikoetxea will remain a prisoner of this gesture and will seal his despicable reputation. The butcher of Spain will see his victim again, eight months later, in a final of the King’s Cup.

He would see Maradona for revenge and even blow up in front of the King of Spain. This would also be Diego’s last game before the Neapolitan exile. Goiko will finish his career at Atlético Madrid.

Since this attack, it has been necessary to “protect the players”:

During competitive games it is true that they are subjected to very severe tests. It took until the 1990s for the rules to finally change in favor of being tougher on aggressive bad boys.

One case in point is a man forever associated with this story: Maradona. He will sympathize later about The Butcher’s bad behavior saying: ” I don’t blame him. He already suffers enough from being Goikoetxea”.

Here’s the whole story between Maradona and The Butcher Of Bilbao:

After Bernd Schuster’s right knee was broken by The Butcher aka Andoni Goikoetxea, things were never the same.

During the 1981-82 season, Barça was potentially well placed to win the title, thanks in particular to Bernd Schuster, their whimsical German. The former Cologne notably scored 8 goals during the first 14 days in a championship where victory was still worth 2 points. On the 14th day, Athletic received the Catalans. In the 24th minute, a crack is heard in San Mamés. It was then that Andoni Goikoetxea FIRST became the butcher of Bilbao. He injured the Blaugrana midfielder so badly that the German never truly healed.

His second target was also a Catalonia footballer from FC Barcelona.

The Basque Country and Catalonia were hotbeds of protest against Francoism. Both preserved their culture underground and the two stadiums, Camp Nou and San Mamés were often the only public places where one could speak in the regional language. The two entities have cultivated a resistance and the independence movements are among the most powerful in Spain, without however much liking each other, Athletic has been built on a model exclusively oriented towards its region while Barça is a club-oriented to the world.

Two years after Schuster’s terrible injury, Athletic and Barça are still at the top while their respective managers César Luis Menotti and Javier Clemente hate each other wholeheartedly. The two get on the face verbally as soon as they can. What was a confrontation of style at the start will slowly slide into a deep confrontation between two strong personalities who have understood that the media can also be their spokespersons.

In September 1983, Barça easily beat Athletic Club to the angry dismay of the Butcher of Bilbao. The Catalans quickly led 3-0. Yes but now, at the hour of play, Goikoetxea has a sad reputation to keep and will push further the already regular violence in the game of football.

Andoni Goikoetxea gave a violent foul – tackling Maradona who had his back to him, and breaking his ankle.

Menotti explodes following this match, calling for an exemplary sanction against Goiko, whom he describes as an anti-footballer. At the end of this 1983-84 season, Athletic won La Liga and Goiko was suspended for 18 games (penalty reduced to 10 then 7 games) and officially assumed the nickname of Boucher de Bilbao, offered by a British journalist.

On May 5, 1984, two teams Athletic Club and FC Barcelona met in the Copa del Rey final with a lot of resentment, murderous tackles, and verbal sparring. Double reigning winners of La Liga, two football managers, namely the Basques of Javier Clemente challenge Barça of César Luis Menotti, the current holder of the cup.

Total confrontation between two styles in total opposition which ended in a general fight, the Battle of the Bernabeu deeply marked Spanish football.

It is a drama in several acts which will lead to a meeting as close as it is bitter and which will switch into assumed violence after the final whistle. This is the last Copa del Rey won by Athletic Bilbao who had lost 5 finals. For their part, Barça has not won La Liga for 10 years and has won some prestigious victories, the Copa in 1978 and 1981 as well as the UEFA Cup Winners’ Cup In 1979 and 1982. It is not yet the immense club that it would become at the end of the 1980s.

The revenge of Maradona, Schuster, and Menotti:

A look back at two high places of regional identity that hardly liked each other shows us that during the 1984 final, the culmination of the rivalry between Athletic Club and Barça peaked, and thus the same between Menotti and Clemente. Maradona and Schuster are both holders and want as much to win the Cup as to stuff some Basques as revenge. Especially since the two coaches continue to regularly fuel the fire between the two teams.

In a Santiago-Bernabéu with more than 3/4 Basque, the final is quite poor in football. The Athletic is faithful to its plan, alternates vertical play and big tackles or nudges to vary. For its part, Barça never really enters its match, despite the presence of inmates like Tente or Francisco “Lobo” Carrasco in particular. From the 14th minute, the only goal of the match was scored.

Endika Guarrotxena, a Ceuta player in Serie B the previous season and surprise starter, shook the nets. Whoever will become a militant for Basque independence and an important player in the development of the Basque national team does not know that he has just offered the last Copa del Rey to the Leones so far. The match was hot, Schuster in particular received a projectile from the stands which he immediately sent back in the direction of its sender.

Before the final whistle, The Butcher of Bilbao kicked Maradona’s chest:

In 1984, the spirits were white heated, Maradona who spent 90 minutes eating tackles and was even denied a penalty in the 89th minute, heated up with the Athletic Bilbao rearguard and the midfielder Miguel Sola. It’s over, this football that hurt him, hurt him and put his career on hold must answer for its actions. For what will be his last game with Barça, the former Boca player tries to fight with everything that wears a white and red jersey. He is even the author of a very talented aerial kick on a Basque player, as well as a knee strike worthy of an MMA fighter.

The final brawl between the two teams  was sad, but this spectacle was inevitable. What’s worse is that this football match was a gang war that took place under the eyes of King Juan Carlos in Madrid.

It’s one event too many for Diego Maradona who leaves Spain in stride, two years after his arrival without having convinced many people in a championship where everyone wanted to pay for it because he was much stronger than others.

Javier Clemente,  ​​after the final says: “It’s really a shame that there are people who don’t know how to lose”.

Not many people support the Argentinian on the Catalan side, the president Josep Lluís Núñez, well burned by the nocturnal activities of Maradona, is fed up and an executive of the club admits: ” When I saw these scenes of fights of Maradona and chaos that followed, I realized we couldn’t go any further with him.

Today, Barça has settled at the top of European football:

Chaining high-class players and revolutionary coaches, Barca’s future was stronger than Bilbao’s. Maradona has become a Napoli legend, a total idol embodying what is most popular about him and why he is so loved. As for Athletic, between lost domestic and European finals and a Supercopa raised in 2015 and 2021, it continues to believe in its unique philosophy.

After losing the final against Real Sociedad in early April, Athletic finds Barça once again in the final and wants to rediscover the intoxication of success. Asked before this first final, Endika had chosen which of the two meetings was the most important. “  If I had to choose to win just one Cup, I would prefer to win against Barcelona to bring two Cups to the Basque Country. “

While the 1983-1984 battle between Barca and Bilbao will mark Spain and Maradona’s career, Goiko (The Butcher of Bilbao) assures his side that he kept his shoe in a showcase, like a trophy. Two rooms, two atmospheres.