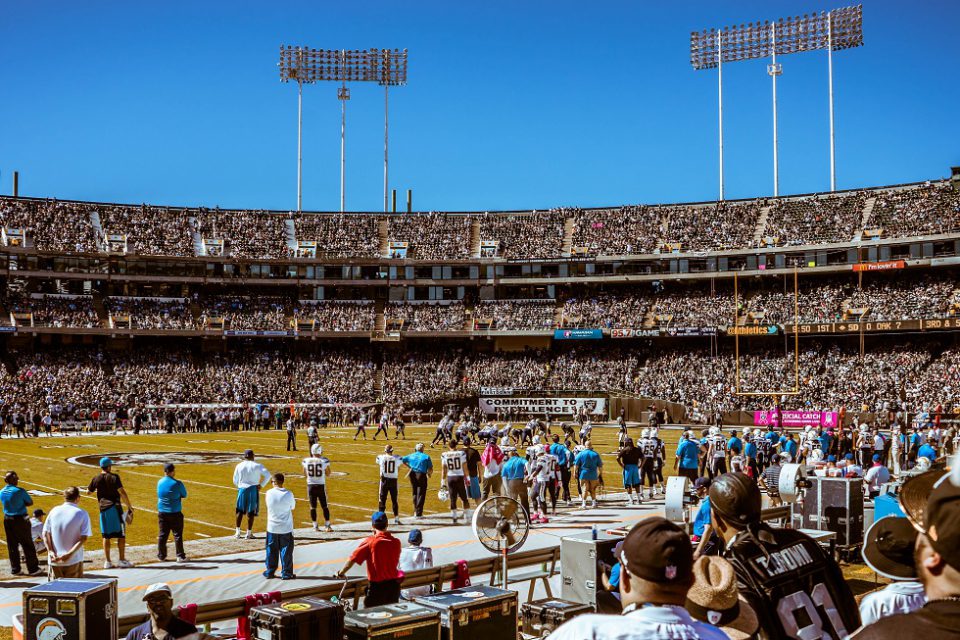 The NFL season is upon us once again and this year’s is set to be a big one. Some players thrive in the spotlight while others struggle to perform under the pressure that playing in this league brings.

Millions of fans across the country are tuning in to watch the games, with many placing bets on who will make it to play in this year’s Super Bowl. Betting on the NFL, and sports betting in general, is becoming increasingly popular, especially as more states move toward relaxing regulations and legalising waging online. Online Betting Guide’s USA pages detail which betting sites are legal by state, eg. Iowa here. The rules and regulations differ from state to state and are different for online and in-person betting, so be sure to check out how you can bet within your specific location.

Before betting, it’s wise to do some research into which teams and players are predicted to go far in 2020.

Here are just a few of the players you should be watching out for in the NFL this season:

Raven’s Quarterback Lamar Jackson is certainly one to watch in the AFC North, having come a long way since his 2018 rookie season.  Awarded ‘Most Valuable Player’ in the NFL last season, Jackson is an unstoppable force with an NFL leading 36 touchdown passes.

The player has already proven he is an important asset to the team this NFL. In Sunday’s game against the Cleveland Browns he completed 20 of his 25 passes in the game for 275 yards. In this game’s second quarter, he went on to lead the Ravens on an incredible 10 play with a 99 yard scoring drive. This was an incredible start to the season and suggests that we have seen nothing yet.

Despite the difficulties he faced last season, Quarterback Patrick Mahomes has been making strides in the run-up to the 2020 / 2021 NFL season. Last year he made 26 passing touchdowns, 4031 passing yards and 5 interceptions.

Mahomes recently signed one of the most lucrative deals in NFL history, with his 10 year extension deal with the Kansa City Chiefs being worth a whopping $450 million US dollars.

This season, Mahomes entered Week 1 as the favourite to take home the MVP award. In the first game of the season he threw for 211 yards and scored three touchdowns, helping the Chiefs to bag a 34 – 20 against the Houston Texans.

Deshaun Watson will always be linked to Dehomes as both Quarterbacks came into the NFL during the 2017 draft. Both players have been making headlines ever since. Watson’s contract extension is the second biggest in history (behind Mahomes) and was valued at $177.5 million US dollars with guarantees of $111m.

Known for his incredible speed and quick decision making, when the stakes are high, this player always shows up. He was the first player in NFL history to pass for over 400 yards and has played the most games with at least 375 yards.

In the Week 1 game against the Kansas City Chiefs, Watson threw 253 yards, a touchdown and an interception.

This Quarterback has endured a long, successful career. At the age of 41 there is a good chance that this will be his last NFL. He has been well liked by fans ever since his first NFL touchdown in 2001.

In the 2009 season, Brees got his first perfect QB rating in the Week 12 game between the Saints and the Patriots. The player also came to the rescue in the 2018 Week 3 game against Cleveland. While not particularly well known for his scrambling skills, Brees broke free from two tackling players using a spin move and went on to score the tying touchdown.

Drew is likely to make a few more memorable touchdowns before his retirement.

Wide Receiver Michael Thomas had an incredible NFL season last year. He finished with a record for 149 catches and 9 touchdowns and won the Associated Press NFL Offensive Player of the Year award.

He is often described as the best Wide Receiver in the league behind Christian McCaffery. Last season he put up double digit scoring outputs for every game except in Week 17.

At the age of 27, this player is now hitting their stride and has plenty more career highlights to come.

These are just a few of the players to watch out for this NFL season. While most are young, up-and-coming players that are bringing a huge amount of energy and enthusiasm to the pitch, some are also extremely skilled and experienced players, here to prove that they haven’t passed their prime just yet.

Thothub: Is This Site Any Good?

The Pearls of Qatar: the Kids That Might Just Amaze