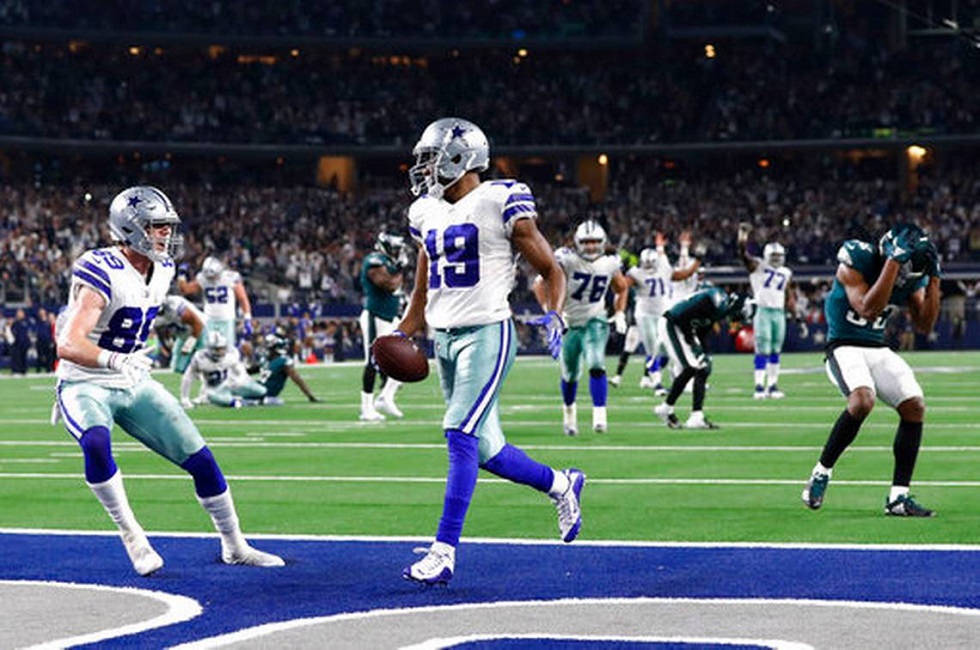 Daily Fantasy Sports is a season-long set of fantasy games that’s common in football and NFL. It is a hybrid between luck-driven gambling and skilled betting. This hybrid state of DFS leaves most wondering if it needs to be classified as illegal gambling, but, at the moment, DFS is legal.

Most state laws define gambling as a game that’s predominantly determined by luck, and countries regulate such games. However, DFS is skill-based.

But what does the DFS entail? Well, this is a game where players compete against each other by building a team of professional athletes from a given league under a set salary cap.

The total points earned during a match is a reflection of the actual players’ performances in the real-world competitions. However, DFS games are based on short periods, such as a week or a single day.

Rewards in these contests are a share of a fixed amount from the paid entry fees. In the USA, FanDuel and Draftkings companies currently dominate the DFS industry, with the two accounting for close to 90% of DFS market share.

However, FanDuel was the first company to venture into the sector, although Draftkings has now comfortably achieved the top spot.

What Researchers Say About DFS

Daily Fantasy Sports has endured a prolonged legal battle as some parties believe the game should be under state regulations and be considered as illegal gambling. This has led to many people researching to determine if DFS is a game of chance or skill.

Fortunately, most have found it to be more of a skill game. According to the IOSPress, unskilled participants never win at DFS, while with extremely high probability, all DFS winners have skills.

Most gambling games present a quick way of earning cash, and as Kate Huber at NJGamblingFun suggests, “You can start playing right away. However, online casinos on a bad day can see you lose a lot of money since the games are luck-based, and this has led some people to suffer from consequent losses.”

The lack of ability to increase your winning chances has resulted in most people quitting casino betting and governments coming up with restrictions to try and bar people from participating in the vice. In short, gambling has had some adverse effects on those who suffer from consistent losses.

However, as seen on Forbes, DFS participants have a chance to be actively involved in the game by selecting and managing their team, which results in players gaining more control of their winning chances.

This opportunity to have control over the play and increase your winnings is all that’s responsible for the considerable growth of Daily Fantasy Football games countrywide. Here, players feel less cheated, and since experts win more than starters, many can count on gaining skills to increase their chances.

Daily Fantasy Football Is a Game of Skills

Despite having started not long ago, fantasy football has had an incredible impact on football worldwide. The game has attracted people from across the globe, thanks to its low entry fee. All that participants need is to access the site, select a team, accrue the most points, and win.

However, as noted earlier, Daily Fantasy Football is a game of skills, although it slightly depends on luck. For instance, when participating in the game, you are required to select a team of players under a given salary cap.

Participants are free to check on the player’s current form, injuries, total points accrued over the previous games, the strength of the competing team, among other things. This requires a lot of analysis and skills to point out the right players and get them for the right budget.

The reward you get is now based on the real-individual or team performance in world competitions. However, your winning chances might be influenced by factors such as injuries during the game or the coach failing to select a player you’ve included in your team.

These events are somewhat luck-based, but given the vast pool of players you are picking from, it should be easy to overcome at least one of the challenges and accrue the most points.

As seen on TheNewYorkMagazine, Jay Caspian admits it’s the television ads that compelled him to start playing fantasy sports. Besides that, reports say that the FanDuel and Draftkings companies spend over $200 million during the first ten months of 2015.

This aggressive marketing is essential in drawing participants, and it has been effective since it has evoked the community’s feelings associated with traditional fantasy games.

Unlike conventional casinos, fantasy football is now easily accessible in mobile devices, meaning that players can access the sites or applications without any restrictions. Additionally, the entry fees are minimal, while the rewards are significant.

Unlike other online gambling activities, fantasy football is legal and unrestricted in most states, except Nevada, Arizona, Iowa, Louisiana, Montana, and Washington states. Within the rest of the states, you can play in the comfort of your house.

There Are Human Opponents to Beat in Fantasy Football

Bookmakers in casinos and traditional betting games are highly skilled, and your chances of constantly beating them are equally low. However, with daily fantasy football, you compete against someone who might be less experienced than you.

As an example – imagine being the top player in a poker table. In such a case, you have a considerable chance of winning more than you lose. The same can be said about Daily Fantasy Football.

Daily Fantasy Football is having an incredible impact on online gambling by giving participants high chances of winning more than they lose. Additionally, the game is skill-based, meaning gaining the required skills can increase your winning chances.

The game is also safe and legal in most states of America. Finally, as seen on The Washington Post, DFS popularity has increased peoples’ involvement in sports through the high television viewership of sporting events.