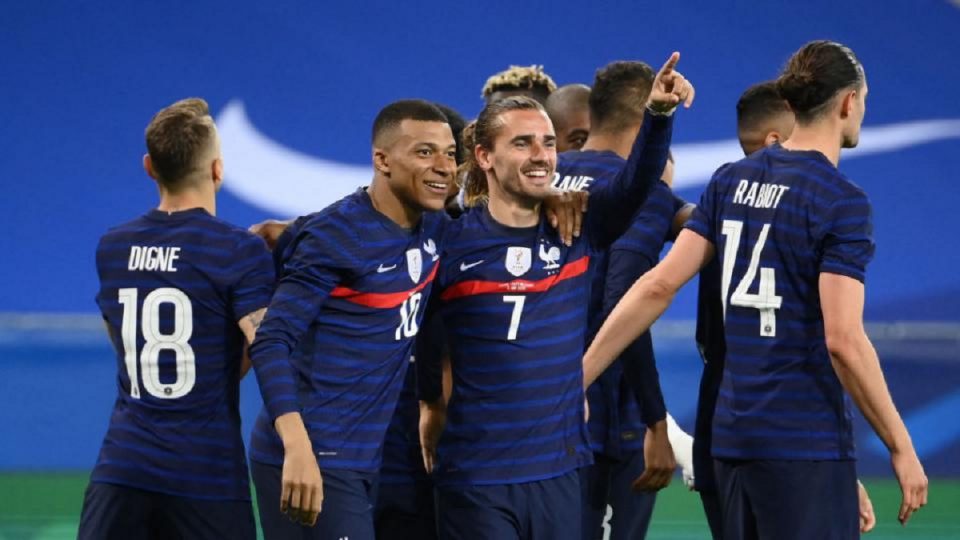 The biggest question we have after France lost against Argentina is whether the French team was strong enough to play on the 18th of Dec 2022. The “little flu” among the Blues team is at the center of all questions, in addition to understanding how even one less day of recovery time between qualifying and playing can make a huge difference.

Between Flu And Having Less Time Than Argentina, Was France Doomed?

The coach of the Blues accused “the temperatures which have dropped” in Qatar or even “the air conditioning” present during the meetings. At the time of facing the music to Messi, the French team should have a central defense at 100% to try to win a third World Cup but they couldn’t avoid another “cold snap” which was exactly what the Argentina national team was waiting for. What’s worse is that because the French team qualified for the World Cup final 24 hours later than Argentina, they had 1 LESS day to recover their bodies.

Flu and injuries cause France to be deprived of vital forces:

After recording a cascade of injuries to senior players (Pogba, Kanté, Maignan, Kimpembe…) before flying to Doha, then noticing the withdrawals of Karim Benzema and Lucas Hernandez who had barely arrived in Qatar, the Blues were weakened by either illness or injuries.

Dayot Upamecano and Adrien Rabiot did not participate in the semi-final against Morocco (2-0) because of their flu as well. To prevent its spread, the two players had gone into quarantine and limited their contact with the rest of the group.

On this day, Kingsley Coman did not participate in the training of the Blues, and it was the fault of the flu according to the explanation given by the French Football Federation.

The next day, in the semi-final, Raphaël Varane and Ibrahima Konaté, also did not play without specifying the state of health of the two men, who are not taking part in the team’s two-day training session. They will train away from the group, indoors, was the update given by the media.

Just two days before the World Cup final three executives of the France team were not participating in training. At the time, the two players who were present in front of the press, Ousmane Dembélé and Randal Kolo Muani could not escape questions about the “little flu”.

A situation necessarily far from ideal when preparing for a World Cup final, which does not seem to worry the France group. Present at a press conference, Randal Kolo Muani, scorer against Morocco, admitted that a “little flu was spreading” within the workforce, without being alarmed. “It’s nothing bad, they will recover quickly,” he said, before the press chief of the French national team intervened: “Randal is not a doctor, we will explain to you later.”

Later, it was the turn of Ousmane Dembélé who appeared before the journalists, just to be entitled to the same questions. The French right winger said, “We are not afraid of the virus”.

“Dayot and Adrien had a headache and a stomach ache. I made them a little tea with ginger and honey, and they were better,” he smiled. “We are not concerned, it does not worry us. After a day, Dayot was better. I think everyone will be ready for 18th Dec, we took precautions.”

Not sure that Didier Deschamps takes the situation with the same lightness. Within the group, health rules have been reinforced. “The sick players remain in their room, the doctors take good care of them”, explained Randal Kolo Muani. “We wash our hands, there is sanitizer gel, and we use fists instead of shaking hands”

No rest for France before the final?

Before playing in the World Cup final (on 18th December 2022) against the France team, the Messi gang was able to enjoy a serene Wednesday. Their ticket for the last match of the competition in their pocket enabled them to calmly observe their future opponent getting rid of Morocco with difficulty (2-0) and joining them for the most prestigious match in selection football. And it is precisely because the France team qualified for the World Cup final 24 hours later than Argentina, that there was an edge in terms of additional recovery for Argentina.

Has this been the case in the same situation in previous editions? Let’s analyze:

In 2010, for example, Spain triumphed against the Netherlands (1-0) while La Roja reached the final the day after the Dutch victory. Same case eight years earlier, in 2002, when Brazil hung their fifth star. The Brazilians also won against Germany (2-0), who nevertheless had 24 hours of rest in addition. Just like in 1990, with the victory of the FRG over Argentina (1-0), despite qualifying a day later.

The France team cannot say the same. In 2006, when they lost on penalties against Italy (1-1, tab 5-3), the Frenchmen were the ones who had played the semi-final in second place. In 2018, on the other hand, the Blues acquired their ticket for the final the day before the Croatia match. And end up sitting on top of the world by succeeding Germany (4-2), itself winner of the 2014 final with one day more recovery than Argentina (1-0).

In conclusion, the Argentinian team did not rotate its workforce during the decisive third day of the group stage, unlike the French team did against Tunisia (0-1). The Argentinians also played extra time, while the France team always qualified in 90 minutes. Basically, this shows us that the Blues had not been on Qatari lawns for as long as the Argentines since the start of the competition. Thus it doesn’t make sense that a little bit of flu and exhaustion blew the young players of France this 2022 World Cup, in fact, they played with the most energy thanks to their age. The win at the end, in favor of Argentina, was more penalty driven, thus showing that experience can overthrow even the closest of margins.

The 8 Most Important Repair Tips Every Homeowner Needs to Know

Can The Buffalo Bills Win The Super Bowl?