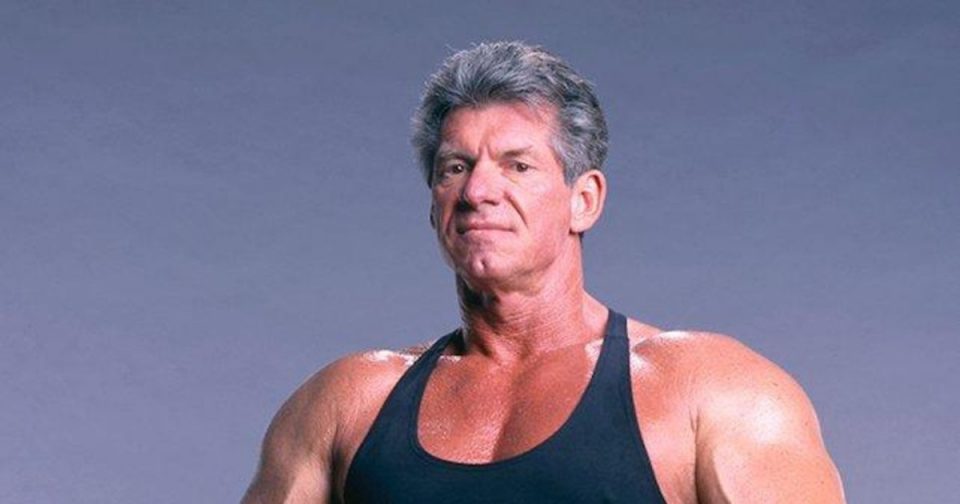 Vince McMahon came into this world without a father. His dad Mr. Vincent James McMahon, left the family when Vince was a baby and he didn’t meet his father until he was 12 years old. Vince’s mother, Victoria, raised him in North Carolina alongside a series of stepfathers. In addition to having a rocky family, McMahon overcame learning difficulties and dyslexia and graduated from Fishburne Military School in 1964. From there, the future American wrestling promoter attended East Carolina University and graduated in 1968 with an economics degree, which snowballed into the man becoming a promoter….JUST LIKE HIS ABSENT FATHER!

Vince McMahon’s Net Worth: How Meeting His Absent Father Set Him On The Track To Wealth!

During the early 1960s, the promoter for Capitol Wrestling Corporation (CWC) happened to be Vincent James McMahon who is none other than Vince McMahon’s father. At 12 years old, one of the FUTURE richest men in the United States, became interested in following his father’s professional wrestling footsteps and the rest is history.

Today, Vince McMahon’s fortune is estimated at 1.6 billion dollars majorly thanks to the wrestlers of WWE who have made Vince McMahon rich. As long as the cash registers ring at the various wrestling matches, his wallet fills up. Let’s break down his wealth accumulation.

Vince McMahon would have had to invent the typical American rags-to-riches story if this dream hadn’t already been widespread in the minds of many Americans. The entrepreneur was born with the foundation for his success, even though the McMahon family actually came from humble backgrounds. The WWE (then World Wrestling Federation) bought Vince McMahon from his father. But Vincent Junior had a vision that far surpassed his father’s dreams and made WWE the world-renowned media company it is today. By Vince McMahon wrestling greats like Hulk Hogan, Bret Hart, and also Dwanye “The Rock” Johnson hired, he was able to help his company to completely new heights.

He owns many stocks in the WWE:

Vince McMahon became wealthy after owning close to 57 percent of the entertainment company WWE, which corresponds to almost 40 million shares. If the price of WWE stock increases, so does Vince McMahon’s fortune. Of course, it looks the same the other way around. Once WWE stocks plummet, Vincent Kennedy McMahon isn’t quite a rich man.

Thankfully, the man at the helm of WWE’s fortunes isn’t all stock oriented. His property alone, which is located in Greenwich in the US state of Connecticut, is worth the equivalent of a whopping 40 million USD. Incidentally, from there it is only about 30 minutes to the WWE headquarters in Stamford (Connecticut). The career of the self-made man is all the more astonishing when you consider what a poor background Vince actually comes from. Nobody could have guessed at the time that he would be so successful. After all, Vincent Kennedy McMahon was once just a simple boy from the trailer park.

Vince McMahon’s secret to his success despite losing 800 million dollars:

Many don’t know that the WWE man had to take a few severe setbacks. This was the case, for example, in 2014. A few years ago, the entrepreneur lost around 12 million dollars in just one day. How was that possible? Back then, WWE entered into a deal with NBC that investors didn’t seem to like at all. Overall, this deal should even cost Vince McMahon more than 800 million dollars. But even at this point, his critics already knew that the multiple millionaire would quickly recover from this shock.

So what’s the secret of Vince McMahon’s success where he was able to recover so quickly from such catastrophic financial losses?

Vince McMahon’s success came from having a sense of what WWE fans really want. When it comes to streaming pay-TV content, Vince McMahon earned big. In fact, WWE fans pay money every month to watch all of their wrestling heroes’ matches so much so that only 4 other firms make more income than WWE in this area:

A subscription to the WWE Network costs $9.99 per month. In July 2016 it was even reported that the chairman of the WWE can now look forward to around 1.82 million subscribers. These are definitely rosy times for Vince McMahon and his family. His daughter Stephanie benefits greatly from this as she also works part of the time at the WWE Corporation too.

In addition to the shares that Vincent McMahon owns in the company, he also pays an annual salary. This salary alone is said to have amounted to around 3 million dollars. Moreover, his three-story mansion in Connecticut, which has a total of seven bedrooms, the multimillionaire can easily afford his 12 million euro penthouse in New York City which happens to be the McMahons’ holiday home.

Vince McMahon is a professional commentator, wrestling promoter, film producer and occasional American wrestler who has a net worth of $1.6 billion. Vince made his fortune and fame as the CEO of World Wrestling Entertainment, better known as WWE.

Vince McMahon is best known as the Chairman, CEO and majority shareholder of World Wrestling Entertainment (WWE), a company founded by his father. McMahon began working for his father in 1971 when he was put in charge of promoting a small wrestling show. Vince McMahon served as ring announcer for All-Star Wrestling and became the play-by-play commentator. He did well and helped his father’s company triple TV syndication, gaining a much more prominent role in the organization over time. When his father died in 1984, McMahon and his wife took control of the still modest company. He enlisted the help of Hulk Hogan to become the face of the company. The future chairman and CEO of the WWE soon developed the “Rock & Wrestling Connection,” a pop star concept where the storyline brought pro wrestling to a national and much wider audience. Wrestlemania and other clever promotions soon followed. McMahon helped put wrestling on the map by shaping the WWF into a unique sports-entertainment brand. Today, World Wrestling Entertainment, formerly known as the World Wrestling Federation (WWF), is a multi-billion dollar company.

He has also stepped into the ring against current US President Donald Trump in the Battle of the Billionaires. The wealthy entrepreneur has worked hard to earn the respect of all wrestling fans worldwide. WWE TV content is now available to wrestling fans in around 150 countries and in more than 30 languages.

In April 2019, when the stock price hit an all-time high of $96, its shares were worth $2.76 billion. WWE stock lost around 50% of its value, over the next six months. In February 2020, WWE stock was trading at $44, meaning Vince’s stake was worth $1.2 billion before taxes. Vince sold 3.34 million shares in December 2017 for a profit of around $100 million. He sold the shares to fund his just-announced plans to reinstate the XFL football league. In April 2019, when shares were at their all-time high, Vince sold 3.2 million shares, this time for a profit of $272 million. As luck would have it, the same shares would have been worth half as much a few months later making his timing PERFECT. Vince has put the profits from both sales into his wholly owned subsidiary Alpha Entertainment.

McMahon is the owner of a large home near WWE headquarters. The CEO of the WWE and his family live in Greenwich, Connecticut, about a 30-minute drive from WWE headquarters in Stamford, CT. His Greenwich estate is reportedly worth $40 million. Vince also owned a $12 million Manhattan penthouse and a sports yacht called, wait for it…..”Sexy Bitch”.

Other Ventures Which Adds To McMahon’s Net Worth:

McMahon has been in the ring occasionally and has been the holder of the WWF Championship and the ECW World Championship. Vince was given a star on the Walk of Fame in Hollywood. McMahon’s children, Shane McMahon and Stephanie McMahon, have also been heavily involved with the company in front of and behind the camera. His wife, Linda McMahon, was also active in WWE and was appointed Administrator of the Small Business Administration by President Donald Trump in 2017.

1. McMahon once faked his own death:

WWE aired a segment on June 11, 2007 in which Vince got into a limousine minutes before it exploded. The broadcast was interrupted and WWE came back to announce that McMahon was presumed dead. McMahon confirmed on June 25, 2007 that he was not in fact dead, but that the death was part of a storyline of his fictional character. He claimed he faked his own death to see what people really thought of him.

McMahon was accused of sexual assault in 1992 over a 1986 incident involving Rita Chatterton, a former WWF referee. In 2006, he was accused of sexual harassment by a bar worker in Boca Raton, Florida however, formal charges were filed in both cases. In 2003, Rena Marlette Lesnar aka Sable Wrestler was cast in the storyline as Vince McMahon’s mistress in the WWE. Years before in 1999, Sable filed a $110 million lawsuit against the company of WWF citing allegations of sexual harassment after refusing to go topless. During the lawsuit, Vince McMahon counter-sued her over control of her wrestling name: “Sable”. They eventually settled out of court in August 1999 and Sable asked for less money.

3. Vince McMahon has donated to many Republican causes:

The chairman and CEO of the WWE has donated to the America Rising research and tracking group. He donated $5 million to the Donald J. Trump Foundation. The McMahons also donated $8 million to Sacred Heart University, Fishburne Military School, and East Carolina University.

4. Vince McMahon has had many feuds:

It is shocking but the wrestling promoter has a long-running feud with Stone Cold Steve Austin that began in December 1997. It began when McMahon was onstage discussing the abuses Austin allegedly committed against him and other commentators. In the fall of 1998, McMahon again said on air that he was sick of seeing Austin as the WWF Champion and that he had devised a “master plan” to strip him of the championship. Austin then drove a Zamboni into the WWF arena and attacked McMahon. He was arrested shortly thereafter.

In January 2007, Vince also began a highly publicized feud with Donald Trump. After Trump threatened to fight McMahon himself, they eventually agreed that they would both choose a representative to wrestle on their behalf. McMahon’s wrestler lost the fight.

Vince and Linda McMahon were married on August 26, 1966 in the same place where Vince was born: North Carolina. They met as young teenagers at church. They have two children, Shane and Stephanie, both of whom are involved in the family business, and six grandchildren.

6. He gets into the ring from time to time:

The CEO of the WWE makes appearances as a wrestler in the ring at irregular intervals. In September 1999, for example, the entrepreneur was able to secure the title of the oldest WWE Champion of that time. The WWF Champion wasn’t just able to win the Royal Rumble in 1999. In fact, Vincent Kennedy McMahon was already an ECW World Champion.