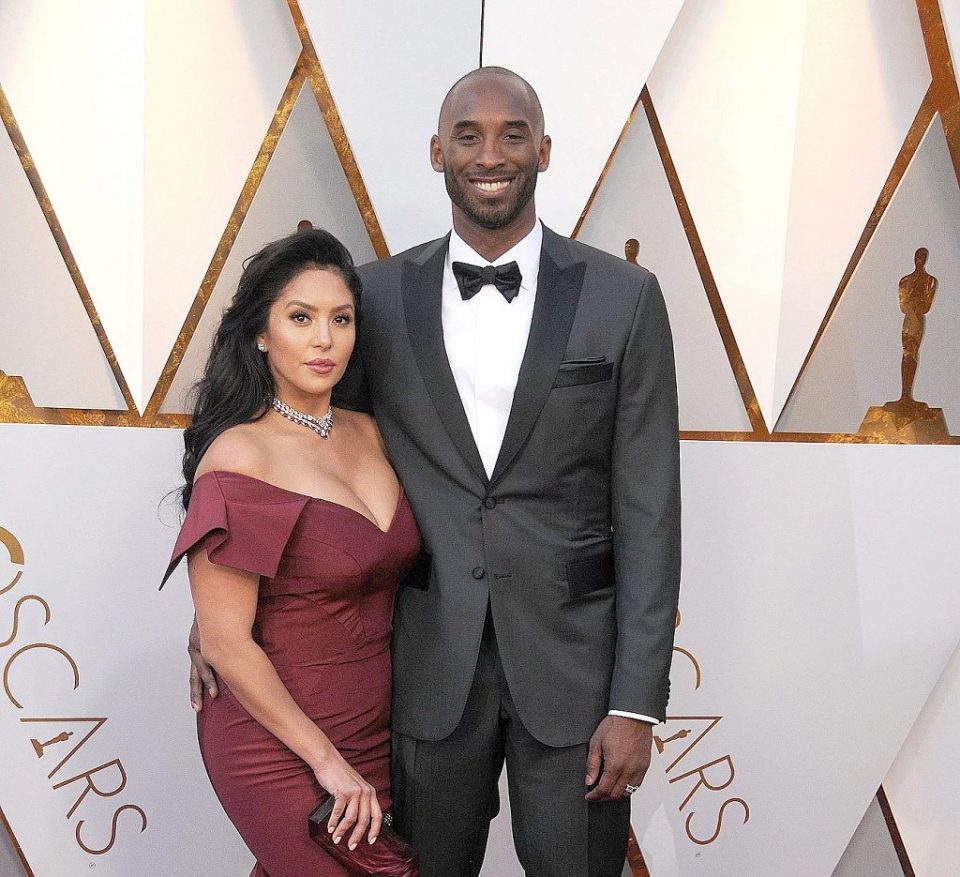 Vanessa Bryant has been thrust into the spotlight under the most terrible of circumstances, following the tragic death of her husband and daughter. Her husband was world-famous NBA legend Kobe Bryant, and her 13-year-old daughter, Gianna died on January 26 in a helicopter crash as they were flying to meet the rest of Gianna’s basketball team, at The Mamba Sports Academy. Since their untimely demise, mourners have become more curious about the woman who’s put on an incredibly brave face despite being left behind to pick up the pieces in the aftermath of the tragedy.

How Did Vanessa Bryant Meet Kobe?

Speaking of her early life, Vanessa was born Vanessa Cornejo Urbieta, on May 5, 1982, in California. Her parents are Mexican, and divorced when she was 3, and she went to live with her mom and older sister.

Her mother raised her and her sisters alone after her dad left the family. Her mom, Sofia, worked two jobs to support them. Her mom was a single mother who remarried businessman, Steven Laine, and Vanessa changed her name to Vanessa Laine, despite never being formally adopted by Steven. Her mom later divorced Laine in 2002, following his alleged adultery. They had been married for 12 years.

Her parents were protective, and didn’t let her date much, The Los Angeles Times reported.

Vanessa Bryant comes from Mexican descent. She speaks Spanish fluently and has shared and passed down her Mexican heritage to her children. Kobe’s nickname was the black mamba and that continued to their daughters who they affectionately called Mambacitas as a pet name.

Kobe even knew how to speak Spanish because of her and did so in many interviews. Vanessa’s mother primarily speaks Spanish.

Vanessa was at first pursuing a career in music videos:

Before she would marry the NBA legend and never have to work a day in her life, Vanessa was a model.

They met when Vanessa was 17:

They started dating in 1999, after meeting on the set of Snoop Dogg and Tha Eastsidaz for their song G’d Up video that she was modelling in.

The shoot for the video went so well, that Vanessa was quickly asked to appear in another music video. During her time on the set of the video that she was called back for, Vanessa met Kobe. He was attempting to break into the music industry at the time, and was shooting a rap video. Vanessa was just 17, at the time. It was said that Kobe fell for her instantly, and waited for her outside of her trailer between takes.

Their relationship caused such a media frenzy, Vanessa had to miss her own prom because of the hordes of journalists staking out her campus.

Vanessa entered her final year of high school, as Kobe Bryant’s girlfriend. Intense media scrutiny followed their relationship, which must’ve been very difficult for a 17-year-old high school student. It was said that helicopters would fly over Vanessa’s school, in an attempt to get pictures of the two of them together, and that she was forced to continue her high school education at home.

Kobe asked her for her number, and they went on their first date to Disneyland.

Only eight weeks ago, he commemorated his and his wife’s first meeting, posting, “On this day 20 years ago I met my best friend, my Queen. “I decided to take her on a date to Disneyland tonight to celebrate old school style.”   I love you my mamacita per sempre

The basketball phenom later wrote on Instagram that he asked Vanessa for her number on November 28, 1999, and the pair went to Disneyland on their first date. Bodyguards trailed them at the park.

Her friends lost it:

“She’d bring pictures of Kobe to school, and we’d all be like ‘Omygod!’ ” Vanessa’s former classmate, Monica Squadrilli, told the Los Angeles Times. “I remember there was one of him playing with her puppies, and she would only let us look at it, we couldn’t touch it.” Other classmates told the Times they remembered Bryant sending roses to the school office and picking her up from class in his Mercedes.

Six months after their engagement, in 2001, the couple married in a low-key ceremony. A then 21-year-old Kobe was a rising star in the world of basketball and already hugely famous. He would go on to become one of the best athletes the sport has ever seen.

As the Orlando Sentinel reported in 2003, Kobe’s parents and sister didn’t attend the wedding, unhappy at how young the couple were to be making such a big commitment.

Kobe’s father thought she was too Latina:

Vanessa wasn’t fully welcomed into Kobe’s family at first. The Bryant’s didn’t approve of the entire relationship because of how young they both and Kobe once admitted that his father was uncomfortable that Vanessa was Latina, not African American.

According to various media reports, his relationship with his mum and dad remained tumultuous up until his death. His teammates and agent also didn’t attend. Kobe said he didn’t want a prenuptial agreement because he “loved her too much for one”.

Apart from the music videos and modelling, she was married before even making it to college, and forging any career for herself. She was thrown into a life of being an NBA royalty, and then into a job that she clearly loves; being a mom, when daughter Natalia arrived in January 2003. It was thought that the catalyst for both Vanessa and Kobe reuniting with their families, was the birth of Natalia bringing them back together.

He proposed to her after six months of dating. They welcome their first daughter two years into their marriage.

They married in April 2001 when Vanessa was only 18 and Kobe was 20 at St. Edward the Confessor Catholic Church in Southern California’s Dana Point. The ceremony was intimate and reportedly included only 12 people, partially because neither Kobe’ s parents nor his sisters attended after disapproving of him getting married so young and to someone who was not African American. Kobe later told the Orlando-Sentinel that his relationship with Vanessa had sparked a large rift between him and his father. His father, Joe, denied holding any hostility toward daughter-in-law, saying they were “cool” and while he respected Kobe’s life, he acknowledged a rift with his son. “It’s his life, we’ve got nothing to do with it,” he told the paper. “We’ve done our job.”

The couple famously did not sign a prenuptial agreement, as Vanessa’s stepfather Stephen Laine later told the Los Angeles Times that “she just came home one day and said something to the effect that Kobe didn’t want a prenup — that he loved her too much.”

Before Kobe died, many didn’t know Vanessa was there during this tragic press conference:

In July 2003, just a few months after Natalia was born, Kobe was accused of sexually assaulting a 19-year-old woman at a Colorado hotel. The basketballer admitted to being unfaithful but denied the sexual assault. The criminal case was ultimately dismissed, when his accuser dropped the case. At a press conference held at the Staples Center in Los Angeles, Vanessa sat by Kobe as he professed his love to her.

“I sit here in front of you guys furious at myself, disgusted at myself for making the mistake of adultery,” he said. “I love my wife with all my heart. She’s my backbone.” The couple made headlines after the fact, when Vanessa received an eight-carat purple diamond ring worth $4 million after the case was dropped.

Post scandal, the license plate on her Mercedes-Benz reportedly said ICE QN after her love for diamonds:

In a statement released after the allegation surfaced, Vanessa stood by Kobe and said she trusted he would make amends to their marriage. “I know that my husband has made a mistake, the mistake of adultery,” she said in the rare statement. “He and I will have to deal with that within our marriage, and we will do so. He is not a criminal.”

It was initially rumored the couple was headed for divorce after the scandal, but a $4 million, 8-karat purple diamond ring was rumored to be a token of apology from the basketball star to his wife. Another token included her name and angel wings on his right bicep.

Before Kobe died, Vanessa and him almost divorced:

In 2011, after a decade of marriage, Vanessa filed for divorce from Kobe citing “irreconcilable differences”. There were various reports at the time, including from TMZ, that she had caught him cheating again. A Playboy model as well as one of the producers of the Kardashians’ reality show were said to be among those he cheated with, reported Business Insider. As news of their impending divorce broke, and it was reported Vanessa was seeking half his fortune and their Newport Coast, California, mansion. They were looking at joint-custody of their daughters. His fortune at the time was an estimated AUD $293 million. By 2013, however, the divorce was called off. “We are pleased to announce that we have reconciled,” Vanessa wrote on Instagram at the time. “Our divorce action will be dismissed. We are looking forward to our future together.”

They cancelled the divorce, and went on to have two more daughters.

She had a miscarriage and Kobe blamed himself for it:

Kobe revealed in the 2015 Showtime documentary “Muse” that his now widowed wife Vanessa had a miscarriage while expecting the couple’s second child. He said he blamed himself and had wondered if the stress she experienced during his cheating scandal and sexual assault charge might have led to the miscarriage at the time. “It’s something I have a real hard time dealing with that because I felt like it was just my fault,” Bryant said in the documentary. “The reality is it happened because of me, that’s something I have to deal with. Something I gotta carry forever.”

In 2007, the couple expanded their philanthropic reach when they established the VIVO Foundation, which would later become known as the Kobe and Vanessa Bryant Foundation. The organization’s mission statement says it is dedicated to helping children and families in need with financial and educational resources, in addition to “encouraging young people to stay active through sports.” The Bryants would later double their efforts in 2011 by founding a charitable organization that sought to fight homelessness and support homeless youth in Los Angeles. In addition to their own groups, the Bryants supported various other charities, including Stand Up to Cancer and the Make A Wish Foundation.

Vanessa’s Instagram account, which has 1.4 million followers including the Kardashians and actress Jessica Alba, has been private since news of her husband’s death. On his own account, Kobe’s feed is bursting with admiration for his family, filled with birthday messages, Halloween costumes and photos from Christmases and celebrations which he has shared with his more than 14 million followers. His wife Vanessa, 37, must now contemplate life as a single mum of three, the youngest of which is not even a year old.