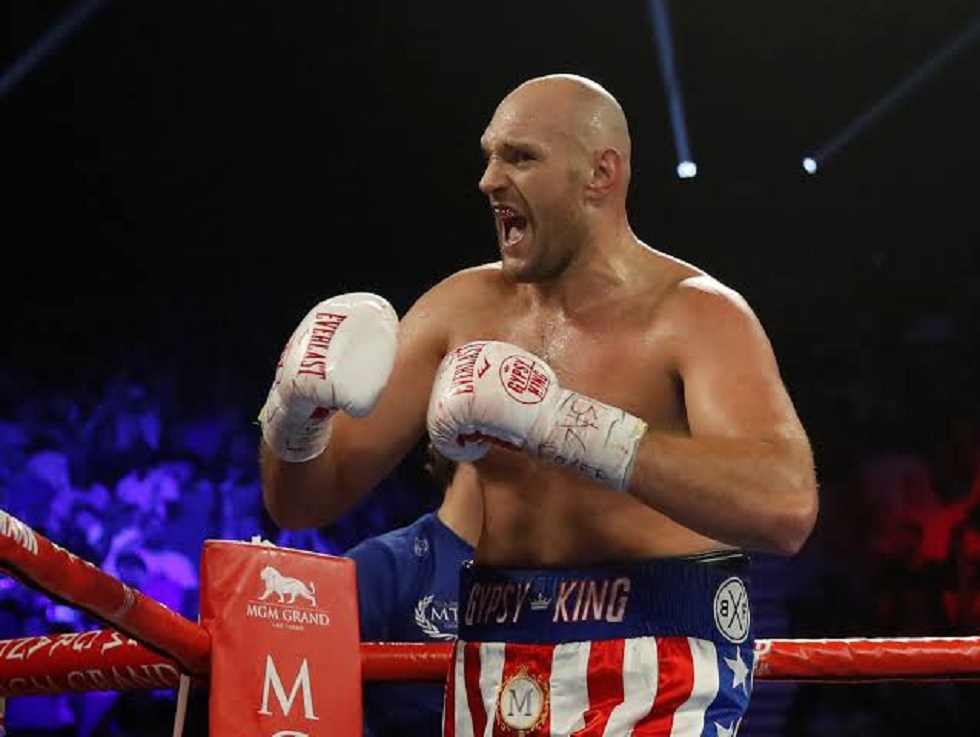 Who is Tyson Fury?

Tyson Luke Fury is a powerful and formidable professional boxer from the United Kingdom.

What age is Tyson Fury?

Tyson Fury was born in Wythenshawe, Manchester, England on August 12th, 1988. He was born after spending just six months inside his mother’s womb. The three months premature baby Tyson Fury weighed only 1 lb (454 g) at birth. His father John Fury named him after the reigning heavyweight boxing champion of the world, Mike Tyson. According to his father: “The doctors told me there was not much chance of him living. I had lost two daughters in the same way who had been born prematurely”. John Fury named his son Tyson as he showed an incredible fighting spirit by surviving through his premature birth.

Why is Tyson Fury called the Gypsy King?

Tyson Fury belongs to the Irish Traveller community. The traveller community has possesses a long list of the greatest boxers in Irish and British history. Legendary pugilists such as world champion Andy Lee, Olympians John Joe Nevin and John Joe Joyce, Michael Gomez and Tyson’s cousin, Hughie Fury are all from the Irish Traveller community. The Furys have had a long and illustrious history in boxing. Tyson Fury’s father competed as “Gypsy” John Fury in the 1980s. He fought as a bareknuckled fighter at the start and moved on to professional boxing eventually. Tyson Fury’s traveller or ‘gypsy’ heritage is the main reason behind his ‘Gypsy King’ title. However, it must be noted that the Irish Travellers are not related to the Romany people of Eastern Europe.

How tall is Tyson Fury?

Tyson Fury stands a statuesque six feet nine inches tall (6’9″). His reach is an even more impressive 7 feet 1 inch. Making him a really formidable opponent for everyone in the heavyweight division.

How much is Tyson Fury worth?

According to Celebrity Net Worth, Tyson Fury’s net worth is about $40 million. His illustrious 28-0-1 record and flamboyant personality are a big reason behind his success.

How does Tyson Fury stack up against Anthony Joshua and Deontay Wilder?

The term boxer is often taken to mean a pugilist who does not punch very hard, has a good jab and defence, and moves well. In this case, that would be Tyson Fury. He uses a height of 6′ 9″ and a reach of 85 inches to jab his opponents off balance while he steps out of harm’s way.

If we see the resume, Fury barely takes a seat behind Wilder. He has a record of 28-0-1, with 20 of his victories ending early. Aside from Wilder, Klistchko and Derek Chisora were Fury’s best opponents. Fury hasn’t faced off against the top fighters in the division (aside from Wilder). Wilder is 41-0-1, with 40 KOs. He has fought 14 times more than Fury, and has way more knock outs. He has defeated Bermane Stiverne, Chris Areola, and Luis Ortiz.

Although we know his good knockout record, Fury is not a heavy puncher. At 6′ 9″ with a reach of 85,” he relies on a pecking jab to keep opponents at a distance. His knockouts have come through attrition. Nevertheless, he is undefeated, and even against a less than stellar slate, that is impressive. Nevin Pajkic knocked him down, and so did Steve Cunningham. Steve hit Fury a lot harder, almost knocking him out of the match but Fury rose to win the fight. Although Fury has recently engaged in substance abuse, at the age of 31, he still has a chance to regain his form as a serious championship contender.

Deontay Wilder concedes two inches of height (6′ 7″) and two inches of reach (83″) to Fury. He is a big puncher with a record of 40-0-1, 39 knockouts. At times Wilder reverts to less than amateurish form, throwing a series of windmill-like punches when he has his opponent hurt. Considering how badly he is open when in windmill mode, and how much his punches are telegraphed, it is hard to understand how no one has counter-punched him into a knockout. Aging Luis Ortiz came close before succumbing to Wilder’s power. Wilder was knocked out as an amateur, but has not visited the canvas as a pro.

Freddy Roach is a trainer that trained both the Klitschko brothers and Mike Tyson. This is what he had to say:

“Wladimir hits very hard, harder than Mike Tyson. At one point, they ran 12 800-meter [roughly a half mile] sprints, each under 3 minutes, with a minute rest between each one. I timed every one and every one was under 3 minutes. I never saw a heavyweight do anything even close to that. They work their asses off. To be able to do that, two 250-pound guys – whew. These are two of the best athletes I have ever trained.”

Throughout his career, Wladimir  Klitschko has defeated 23 boxers in 25 successful fights for the world title, thus holding the highest title fight wins & beaten opponents average in boxing history among legitimate champions. Wladimir even holds the record for the longest combined world championship reign in heavyweight history at 4,383 days; the most wins in unified title bouts and the longest unified championship reign in all of professional boxing history at 15 title bouts and 14 consecutive defenses respectively; the most wins in world title bouts in the modern heavyweight history at age 25; and has the second most total successful title defenses of any heavyweight boxer with 23 including his first reign as WBO champion, behind Mohammad Ali (age 19) Joe Louis (age 25) and ahead of Larry Holmes (20). Wladimir Klitschko also holds the record for the most wins and defenses of the unified/undisputed world championship across professional boxing and MMA. Klitschko fought in 29 heavyweight title fights, more than any heavyweight champion in the sport’s history. He also holds the record of having defeated the most boxers with an undefeated record, and even defeated 10 current or former world champions throughout his career. And like Nelson Mandela said, when a man has paid his due and served his generation, he can now have his peace of mind.

The version of Wladimir Klitschko that Fury beat was not motivated, he had lost his legendary trainer in the lead-up to the fight, he was used to being the bigger man and pundits wondered if he would listen to his new trainer and fellow fighter to make the necessary adjustments to offset Fury.

Nonetheless, Fury fought smart to frustrate Klitschko all night and many pundits believed Klitschko was going to win the rematch. Reigning champions the likes of Roy Jones Jr. , Joe Louis, Floyd Mayweather,  Holmes, and Wladimir Klitschko to mention just a few, are boxers who were able to achieve their set objectives once they had motivation. Nemesis only reared its head on them when they were past it and didn’t have their previous motivation.

Fury is a different boxer than Joshua and moves well for his size. That being said, he lacks the traits that preserve champions.

If we study their styles, critics suspect Joshus who’s a bigger but slower version of Mike Tyson would train for speed, and approach Fury as the smaller man and eventually knock him down by mixing good head movement with sustained pressure targeting the body much like a Frazier/Mike Tyson combo. It will be extremely difficult for Fury to keep Joshua at bay for 12 rounds. In the few moments Joshua gets close to Fury, tension rises. Joshua has to fight like it’s a war on all levels and he has just enough size to tilt it into a brawl. He cannot effectively outbox fury.

Although Joshua is fundamentally drilled and slightly better overall boxer than Wilder, he still doesn’t have the kind of jab that can keep Wilder at bay. No stationary target can stand up to the bronze bomber’s haymakers and he cracks harder than Klitschko.

At the same time, Joshua has bombs of his own and can easily counter the attack loving wilder and take advantage of the usual openings wilder offers when he attacks. It’ll take more than a miracle for wilder to survive if Joshua ever gets him into anything close to the fits Ortiz had him and vice versa. It will probably be a 50-50 fight.

Who is Tyson Fury fighting next?

Tyson Fury will be facing off against Swede Otto Wallin to defend his WBO Inter-Continental Heavyweight title on September 14th 2019.

How to handle Seasonal Affective Disorder (SAD) during fall