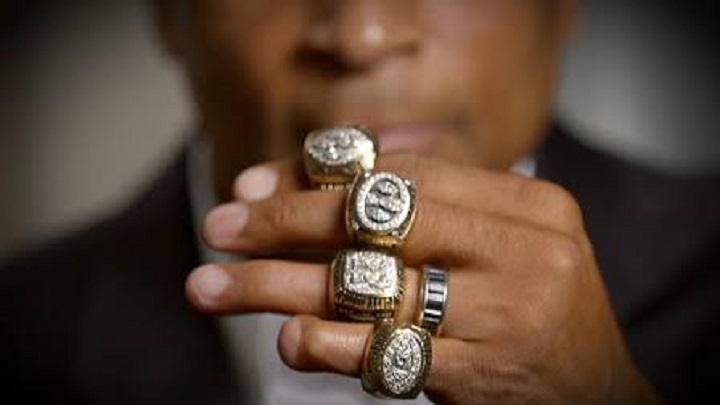 In the world of sports, injuries are bound to happen. Most of us normal folks can’t even walk after subbing our toe on a coffee table leg, yet we sit on our couches and criticize injured athletes for being ‘soft’ and ‘pansy’ when they are unable to play because of injuries. However, there are some athletes whose actions have shut our entitled selves up. These tough guys didn’t just heal from their gruesome injuries, they also played through them. Today we will look at these men of steel who played through horrific injuries.

Basketball is technically a non contact sport and despite a lack of intentional contact, the nature of the game lends itself to some gruesome ankle and leg injuries. Most of the time, such injuries usually render the player completely immobile and ineffective. However, nobody said that to Detroit Pistons point guard Isaiah Thomas during the 1988 NBA Finals. In the third quarter, he awkwardly twisted his ankle and writhed in pain for a few minutes. It seemed like his night was over. However, the diminutive tough guy had other plans. He scored 25 third quarter points on one leg and if you watch his video from that game, you can clearly see him favouring his uninjured foot throughout the game. The Pistons eventually lost the series to the Los Angeles Lakers in seven games, Thomas’ gutsy performance however, is a stuff of legends.

DeBerg was a quarterback journeyman who ended up on the Kansas City Chiefs during the late 80s. Despite playing in the NFL for 21 ears, he is not most remembered for his prowess as a quarterback. Instead, he is most remembered for his grit and toughness. During a mid-December regular season game against the Houston Oilers, he suffered a horrific injury to his non throwing hand. Doctors told him that if he were a farmer, they’d have cut his hand off. Instead, they jammed a metal pin that stuck a quarter inch out of his finger with a giant engulfing polypropylene cast to protect DeBerg’s hand (and other players) while playing, DeBerg still managed to complete 44 of his 59 passes, throwing for 527 yards and two touchdowns in two playoff victories over the following weeks. DeBerg and the Chiefs eventually lost to Dan Marino and the Miami Dolphins but regardless of that, Steve De Berg’s place in the toughest athletes list is set in stone.

Few athletes in the history of sports are synonymous with toughness in the same way that Ronnie Lott is. The greatest defensive back in history has an extensive list of bone shattering tackles and ridiculous tough guy moments. Nothing however, can top the incident with his pinky finger. In 1985, during a late season game, Lott was involved in such a gruesome on-field collision that parts of his left pinky finger were sheared off. It’s also alleged that the sheared pieces were left on the field itself. While a normal human being would be miserable and think about a great many things to recover from this situation, Lott simply taped up his finger and finished the season in that manner. During the off season, doctors presented Lott with two options, get the finger surgically repaired and have a lengthy recovery period or get it amputated so that he could get back on the field much faster. Lott probably decided that his finger was ruined anyway and it wouldn’t really serve a major purpose in his play so he decided to get it chopped off.
After the amputation, the hard hitting defensive back played for six more years in the NFL. Of late, he has expressed a small amount of regret at having his finger removed. However, the four time Super Bowl champion’s decision to amputate his pinky in order to play a game he loved at the very highest level, has firmly established him as the toughest athlete among all athletes ever. Hall of Fame Running Back and good friend Marcus Allen called Lott ‘the heart and soul of the NFL’. For all fans, he is the ultimate example of a person who was willing to sacrifice anything in order to do the thing that he loves most. He might have half a pinky compared to most people, but Ronnie Lott has way more than twice the guts.

Whatsapp Will Stop Working On Some Devices after 31 December