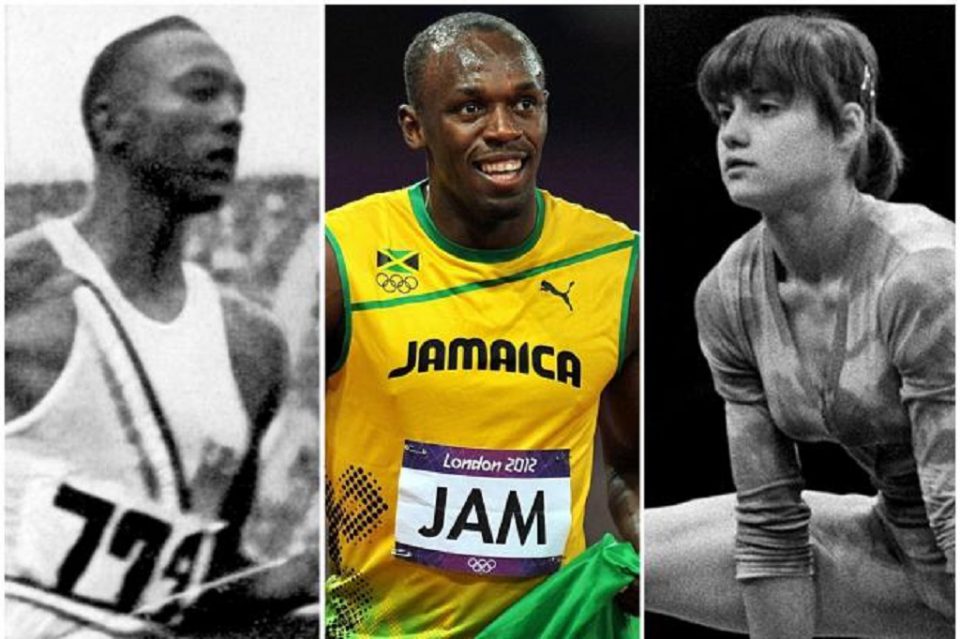 We all enjoy watching the Olympics and witnessing world records being smashed. Swimming and gymnastics compete in the Summer Games one year, and snowboarders and speed skaters compete in the Winter Games the following year. Anybody who enjoys high-level sports competitions should watch the Olympics.

The most celebrated athletes that have participated but also won medals are among the key reasons the Olympic Games are so revered. We wanted to honour these people who have ascended to heights that most people can only dream of. Men and women who have mostly excelled on the world’s biggest and brightest stage, but are also regarded as the greatest of all time.

It’s time to settle down if you were expecting to locate a list of athletes whose achievements at the Olympics Games stand out among the others. Grab a drink and get ready to read as we delve into the “creme de la crème!” Here are the most appreciated Olympians of all time.

Derek Redmond, a 400-meter runner from the United Kingdom, tore his hamstring halfway via a semi-final race at the 1992 Summer Olympics in Barcelona. Redmond, a contender for the medals podium, refused to surrender and finished the race despite his excruciating suffering. But it was the runner’s father who went over the railing from the grandstand to assist his son in finishing the race that was the most unforgettable moment. He moves past Derek just steps from the finish line, only with the crowd roaring them on, and his son could cross the line on his own.

Bolt, hailed by many to be the saviour of a sport beset by doping problems as well as lacking in star power, dominated the sprint events, winning the 100m and 200m events three times, the most famous of which was his 9.69-second victory in Beijing in 2008. The flamboyant Jamaican finished his career with eight gold medals to his name, including his famed “Lightning Bolt” celebration.

Kersee, who had severe Asthma during her childhood, beat the odds and won three gold medals on the world stage. She is one of the best female athletes of all time, having won six Olympic medals throughout the heptathlon including the long jump. She is presently 59 years old as well as being an active philanthropist involved in a variety of child-related initiatives, as well as a key figure in mentoring young people.

Winning gold can sometimes be as simple as finding the perfect inspiration. Matthias Steiner of Germany won the super heavyweight event in the 2008 Beijing Olympics, the year after his wife died in a car crash. He cleaned and jerked a weight about 30 pounds heavier than his previous best. Steiner’s sad celebration was one of the most humanizing moments of the 2008 Olympic Games, alerting viewers of an athlete’s personal as well as physical victories.

Vasily Alexeev, the Soviet weightlifter who had already won World and Olympic titles, didn’t have so much to beat at the 1976 Montreal Games – other than his world records. The enormous Alexeev easily defeated Gerd Bonk of East Germany, although, with one lift left, the consummate showman wasn’t about to disappoint the fans. With his final clean and jerk, he broke his record of 562 pounds lifted overhead, cementing his reputation as one of the most admired Olympians of the twentieth century.

Ray Ewry of the United States spent some of his youth in a wheelchair after catching polio when he was quite young. With eight gold medals in the standing long jump, Ewry has still been considered one of the best Olympians of all time, plus his sheer devotion mixed with endurance in adversity that continues to inspire many.

For more than a century, Ewry’s eight gold medals were held alone when Micheal Phelps of the United States broke the record by winning 13 medals during his career.

Carl Lewis, a renowned track and field superstar, is yet another American who has topped the charts. Lewis, who had a 15-year career, was unquestionably a medal chaser.

Lewis was dubbed the “Olympian of the Century” by different media outlets for his astounding accomplishments, and he was undoubtedly the face of America in the 1980s. The American has been one of only three Olympians to win gold in much the same individual event four times in a row.

American competitors Tommie Smith and John Carlos lifted their gloved hands in the Black Power salute during the 200-meter medal ceremony, as well as they collected their medals shoeless to symbolize support for impoverished African-Americans. This was a turning point of the 1968 Olympics. Peter Norman, the Olympic silver medallist from Australia, wore an Olympic Project for Human Rights emblem in solidarity with his fellow competitors.

The former Soviet Union artistic gymnast had a significant impact upon that sport, and she is recognized with establishing the Soviet Union as just a major power in gymnastics over the years.

In addition to her incredible performance of 14 individual Olympic medals, including 9 golds, the former gymnast has also played an important role in mentoring new gymnasts. Having 9 gold medals, Larisa Latynina holds the record for most gold medals won by a gymnast both in men and women divisions. As a result, Latynina is deserving of such a spot on the list of all-time great Olympians.

The Olympics are often full of surprises and triumphs, although, in the match between American Rulon Gardner and Russian Alexander Karelin, the outcome appeared nearly predetermined. Karelin, the three-time reigning Olympic champion of Greco-Roman wrestling, had not even lost a match in 13 years (and hadn’t given up a single point in the preceding six). Gardner survived Karelin’s famed strength through an overtime battle, as well as the spectators and competitors could hardly believe what had happened: one of the greatest upsets in Olympic history.

14 Best Celebrity Beauty Brands That Are Worth Trying in 2022

Why Should You Use a VPN for Gaming?

NFL: 5 Reasons Why Rams vs Chiefs Was More Than Just a Game