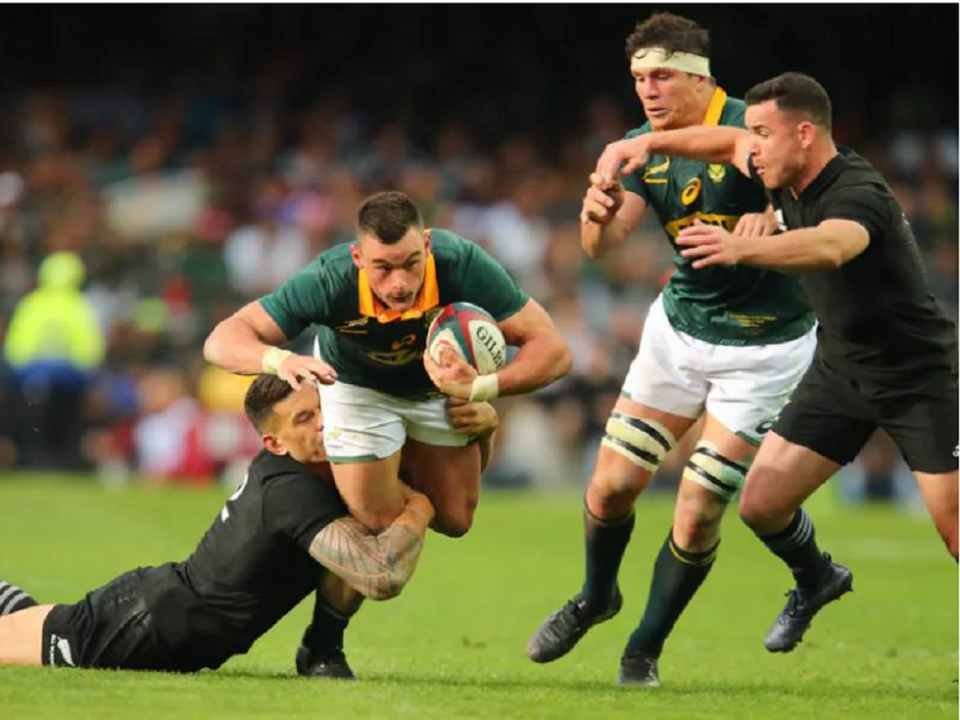 "Rugby tackle" by Roger Sedres/Shutterstock is licensed under CC BY 3.0

Writers are told to write what they know. When it comes to betting on sports, bettors are advised to bet on what they know. If you’re an avid NFL fan, wager on NFL games. If college basketball is the game you follow, then by all means put your bets down on the NCAA hardwood.

The thing is, at most online sports betting sites, the menu of options in terms of sports is generally a deep bench. There are some games there that are out there, so to speak, maybe even some that you’ve never seen or even heard of before.

Then again, perhaps you played college rugby, or maybe you spent a summer Down Under and were able to familiarize yourself with the nuances of Australian Rules football. If so, this can work to your advantage.

The vast majority of sports bettors will be wagering their money on the big four North American sports – football, basketball, baseball and hockey. That being the case, this is where the oddsmakers at the sportsbooks will be focusing the majority of their attention, because a mistake in one of those betting lines could prove to be a seven-figure mishap.

They aren’t going to be devoting vast amounts of time and energy into deciphering the best bets for the Gallagher Premiership rugby union contests in the United Kingdom. So if you’re a rugby player or just a rugby fan who follows that league closely, it can pay dividends for you.

Let’s take a look at some of the, shall we say, less than mainstream sports available for wagering purposes at online betting sites.

To the unfamiliar viewer, the sport of rugby can seem to be a complicated and violent game. In fact, World Rugby, the governing body of the sport, goes as far as to describe rugby as being “simple . . . but complex.”

If you’re someone who comprehends this game, there are ample wagering opportunities on both rugby union (15-aside) and rugby league, a 13-aside game with downs similar to football.

Cricket is basically the British version of baseball, only with more players on the field and played at an even slower pace.

The sport is contested between two teams each with 11 players. A cricket match can be over in an afternoon or drag on for several days. Teams bat in successive innings attempting to score runs, while the opposing team fields, seeking to bring an end to the batting team’s innings in order to get their turn, or in a bid to defend the scoring advantage they’ve already attained during their innings.

A mash up of soccer, rugby and football, could any country other than Australia have created the on-field mayhem that is Aussie Rules? Footy, as the locals like to call it, is a full-contact sport between two sides of 18 players, contested on a modified oval cricket ground.

Points are scored by kicking the oval ball between the middle goal posts for six points or between a goal and behind post for one point.

The star of last year’s COVID-19 induced shutdown of almost all sports was Russian table tennis. Contested in dingy rooms with tarps separating matches and just the two players and the game official in the room, it was the perfect pandemic sport.

It also proved to be a dynamic betting sport. With its propensity to lean toward favorites and the ability to build large parlays with the promise of significant return on limited investment, several bettors were able to make huge bank on Russian table tennis wagers.

Is there anything more American than gathering a bunch of folks together on July the 4th to watch professional eaters see exactly how many hot dogs they can cram down their gullets? And yes, you can bet on this annual one-day event.

Held on Coney Island in New York, the superstar of hot dog eating is Californian Joey Chestnut. He’s taken the art of gobbling wieners into a stratosphere never before imagined. Think of Chestnut as the gastronomical version of Wayne Gretzky, shattering hot dog eating records in a similar manner to the way The Great One assaulted NHL scoring marks.

8 Tech Skills That Will Be Appreciated By Any Recruiter