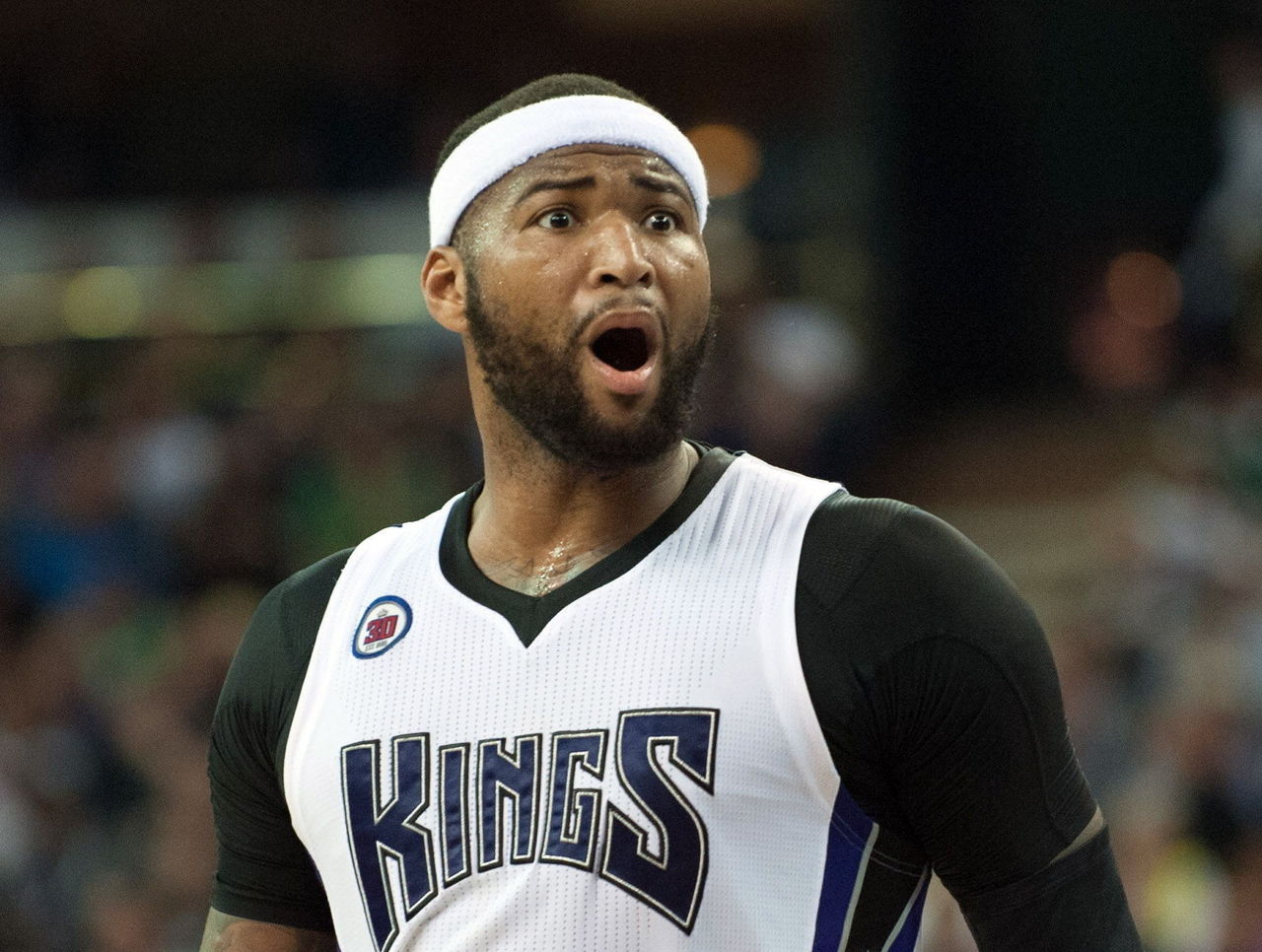 The ink on LeBron James‘ Lakers contract hadn’t even dried before an earth shaking news came out of Oakland, home of the Golden State Warriors. 2 times All NBA center Demarcus Cousins, who averaged 25 points, 12 rebounds and 5 assists per game before getting injured last season, has signed a 1 year, $5.3 million deal with the Warriors. Yes, one of the greatest teams in NBA history, which has won 3 championships in the last 4 years, just added a 5th All Star to their line-up. This is how their starting line-up will look like:

Yes, that line-up looks like the Monstars from the Space Jam movie. However, as valuable (and value for money) as DeMarcus Cousins could be, his addition doesn’t necessarily improve the Warriors right away. Yes, he is a major upgrade over departing center JaVale McGee but there’s more to this than meets the eye. Here’s why:
He is coming back from an Achilles Tendon injury. There is no precedent in the history of the NBA where a big guy has returned successfully from that injury. Cousins might still return as a decent player, but the chances of attaining his pre-injury level, are slim.
He might not fit seamlessly with the team. Throughout his career, his presence in the locker room has been called divisive and volatile. Durant and Green already amassed technical fouls in bunches last season. The last thing the Warriors need is the uncrowned king of technical fouls, De Marcus Cousins fighting with the refs and players on the court every other night.
Though he has played at a fast pace under coach George Karl before, those Sacramento Kings lineups never really sniffed the frantic pace at which the Warriors play. On top of that, Cousins is infamous for slacking on defence. He also loves to hold the ball, post up and score at a much slower pace than the Warriors do.
He is one of the most gifted passing big men in NBA history, but he is also one of the most careless. He averaged 5 turnovers a game last year. Turnovers have been the Warriors’ biggest problem and Cousins is unlikely to improve that aspect of the team.
Honestly speaking, though the cons seem to be many, the pros, especially at $ 5.3 million, definitely outweigh them. For the record, Anthony Tolliver received more money from the Minnesota Timberwolves for a similar deal. So for all Warriors fans who were worried about the Lakers closing the gap, you can breathe easy. And for everyone who hates the Warriors, you have another point to add to your ‘How the Warriors Have Ruined the NBA’ list. #letsboogie