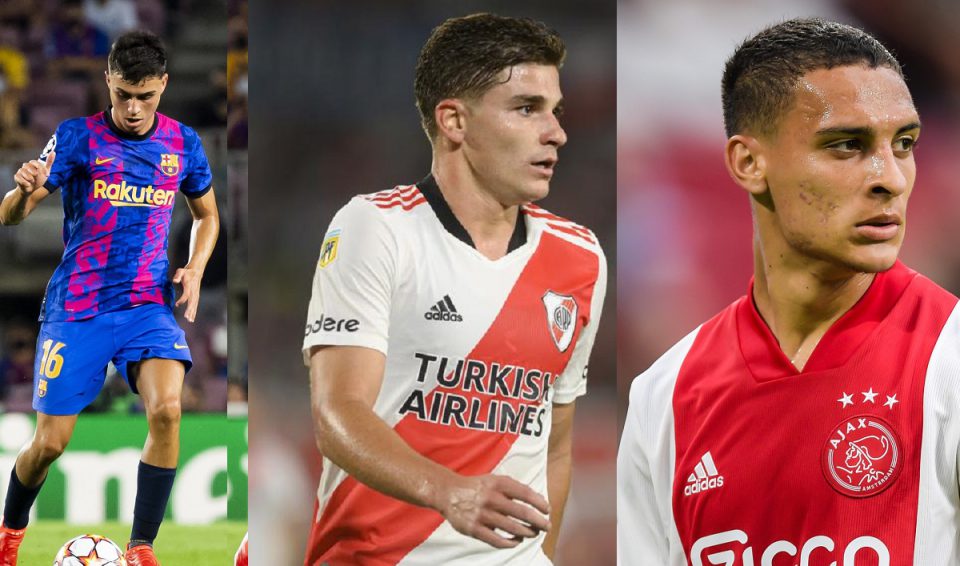 World Cups are riff with stories of young players that outdo themselves and enter in a new stage on their careers by the sheer brilliance and talent they display on the field. International Cups have a way to instill in the players a rather deviant, devilish need to show the world that they are not just a fad, but are in the football business to amaze: remember Renato Sanches on the Euro 2016?

Some surely fade, as Podolski did, but most of them are, like Podolski, remembered for years when they surpass what was expected of them and shine brightest than the brightest stars on the competition.

For one, let’s talk Vlahovic: now, that’s a successful betting strategy. He will be undoubtedly the biggest star from Serbia, if he makes the World Cup. There isn’t any doubt that he is on the run to be next big striker in Europe, accompanied by the inevitable Haaland.

But what about other players? It’s fair to assume some will make it to the big scene, holding the shivers on their knees and explode with talent throughout the competition.

This is really a no brainer. Pedri is a youngling with the appetite for destruction of the opposition that wasn’t seen on Barcelona since, may we even utter the name, Iniesta. A monster of a midfielder, present throughout the field and incredibly talented technically wise, it wouldn’t be a surprise if he left some mouths open on the next World Cup.At FC Barcelona he already showed that he may be one of the next really big stars on world stage. So it’s time for the marathon man of the Blaugrana to shine also on top level.

Ajax doesn’t fool around when it comes to snatch great young players with the best deals available. Antony is a ravishing winger with an insurmountable talent, and when it comes to Brazilian players, one can certainly believe that his technical abilities are not only a weapon to the coach, but a menace to the unfortunate adversaries. With Vinicius coupling with him, and Neymar as the center-forward (or Firmino, who can tell?), hell is bound to get loose when Brazilian players wear their iconic yellow shirt.After his so far tremendous season at Ajax Amsterdam it’s really not surprising that top club such as Bayern Munich, Borussia Dortmund or various English Premier League clubs got him on their lists.

Julian Alvarez is said to be the next big thing on Argentina. A striker with feet of velvet, he is still growing and finding his prime form, but then again, where’s the best place to shine? The World Cup. If he is to be called to the competition, he may help Messi, Di Maria and the whole lot to, say, win the whole thing? Argentina is not the team it once was, but if there’s a thing talent does, is take a team to the next level. Perhaps it is the answer to Argentina’s conundrum, that is, someone who can use the incredible pass capacity of Argentina and, along with Icardi, provide the shooting power that has been sorely lacking in the biggest competition on the whole world: pun intended, the World Cup.

Quite the unlikely choice, some would say, regarding the fact Gavi and Ansu didn’t make the list, but the idea is to present at least a couple of players that are somewhat surprising for football fans. And surprising football fans is what Pino certainly does. A total scanner that sometimes reminds the keenest of eyes of Kimmich, he may at least be on the squad, ready to create equilibrium on Spain’s midfield, or reck havoc to the opponents.  He showed, for Villarreal, who happens to be on the Champions Quarter Final, that he can score mindful goals with intent and outperform quite older, more experienced players. For this reason, he makes the list, without any favors, even though he only played two caps for the Spanish national team.

Ruben Amorim sent Nuno Mendes not only to an early career spectacular, but also to Paris Saint Germain, where he is, surprisingly, playing a lot more than fans would have expected when he first arrived to the city of lights. Nuno Mendes is a force of nature, untamed, equally good at defending and attacking, and after destroying every team in Portugal, he set his eyes on France. Perhaps he will have the appetite too, this time on Qatar. Only time will tell, but it’s easy to assume his feet won’t fail him as he already played a total of 32 games this season for the French ‘champion to be’. The boy from Lisbon is already on the lists of both Manchester clubs and Juventus.

6 Ways to Boost Self Esteem and Confidence in A Relationship