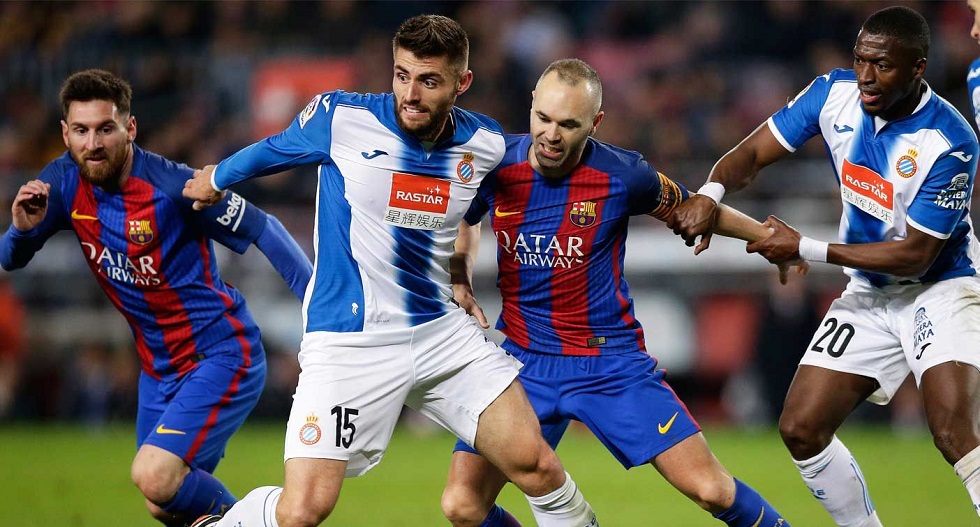 One great city, two historic and successful soccer teams, yet their fortunes couldn’t be any more different during the current 2019-20 La Liga campaign. Barcelona are locked in a fierce battle for supremacy with Real Madrid at the top of the table, while Espanyol find themselves mired in an unexpected fight against relegation at the bottom. They are both favorites for very contrasting reasons.

When you have the phenomenal talent of Lionel Messi within your ranks, setting new records every season and consistently breaking many of those he’s set himself, it’s no wonder that Barcelona are continually tipped for silverware. Nevertheless, it hasn’t been an easy 2019-20 season for the Catalan giants and particularly away from home in La Liga.

During their opening five games of the campaign, Barcelona managed crushing 5-2 wins against Real Betis and Valencia at Camp Nou, but they didn’t achieve a single win on the road. Their opening day defeat at Athletic Bilbao was followed by trips to newly promoted teams, neither of whom they could beat. Held to a 2-2 draw at Osasuna, the biggest surprise came when the reigning champions were comfortably beaten 2-0 away at Granada.

Frustrated fans were calling for the head of manager Ernesto Valverde, and while his side have continued to demolish practically every visitor to the Camp Nou, doubts still linger when Barcelona embark upon away trips. Their third defeat of the season in La Liga came with a shock 3-1 loss at struggling Levante. However, narrow wins at Leganes and Atletico Madrid followed, with the latter restoring confidence amongst supporters.

Held and arguably outplayed at Real Sociedad, the league leadership was at stake when Real Madrid visited Barcelona for their re-arranged first El Clasico fixture of the campaign. The two Spanish giants produced a thrilling encounter, albeit one without goals for the first time in over a decade. Barcelona clung to top spot by goal-difference and almost at the midway point of the season, they also remain outright favorites for the title with all the leading bookmakers.

Last season, Espanyol finished 7th in La Liga and clinched a qualifying spot in the Europa League, giving fans every reason to be optimistic about the future of their team. However, no sooner had the 2018-19 season ended than manager Rubi was lured away to Real Betis, and rather than splash out on a big-name coach, the club decided to promote B team manager David Gallego.

The new boss managed to guide Espanyol through the Europa League qualifiers and to the group stage, although his cause was hardly helped as their position in LaLiga dropped like a stone. The club sold keystone defender Mario Hermoso to Atletico Madrid and top scorer Borja Iglesias to Real Betis, then struggled in the league from the start. After five defeats, two draws and just one win, Gallego was sacked.

That said, his replacement Pablo Machin has fared no better, achieving just one win and two draws from his first nine games at the helm. In just a matter of months, Espanyol have gone from being a team tipped for another strong season to the favorites for relegation in the online sports betting with bookmakers such as bet365, 888 Sport and 10Bet.

Whether Machin is given time to turn things around is open to debate, with the January transfer window fast approaching. The Chinese owners of Espanyol also find themselves in somewhat of a dilemma, pondering whether to fire Machin and hire yet another manager, or back him with new signings and hope he can turn things around. Despite having qualified from their group stage in the Europa League, any continental success is offset by the fact that Espanyol are staring into the domestic abyss of relegation.

Adding to the pressure for these two sides, albeit for entirely different reasons, their first fixture of 2020 will be a derby duel against one another on Saturday 4th January. Espanyol will be the hosts, and while the bookies give them absolutely no chance of winning, given the city rivalry and the decidedly dodgy away form of Barcelona this season, there’s always the chance of an upset. It’s a top versus bottom clash that will certainly make for interesting viewing.

Tragus Piercings: All You Need To Know Prior