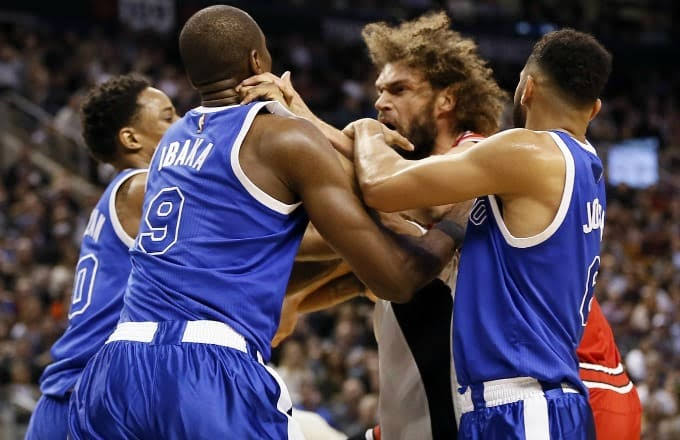 With exactly two months to go for the start of the 2018-19 NBA season and free agency almkst over, most NBA team rosters are all but decided except for the final few spots which will be decided during the training camps. Some rosters have become dramatically better by the signing of transcendent superstars (Los Angeles Lakers), some have become decidedly worse because of the departure of a transcendent superstar (Cleveland Cavaliers). Some bad rosters have become worse (Sacramento Kings) and some great rosters have unexpectedly become even better (Golden State Warriors).
However, one thing is certain about change. As it occurs in life, it’s not always the most calm and peaceful process. Infact, is many cases, change can be extremely volatile. When it comes to NBA rosters, the volatility is magnified. With so many characters, ideas, emotions and egos in play, any small thing can ignite a fire. Truth be told, every NBA roster is susceptible to a conflict between players, player and coach, player and ownership or coach and ownership. However, there are some rosters which seem closer to the edge than the others and the probability of a conflict occurring in those rosters is extremely high. Finger-pointing, players-only meetings, melodrama, trade rumours and cryptic tweets seem all but inevitable.
The following are the teams which are most likely to be plagued by internal strife and chemistry issues as the season progresses: