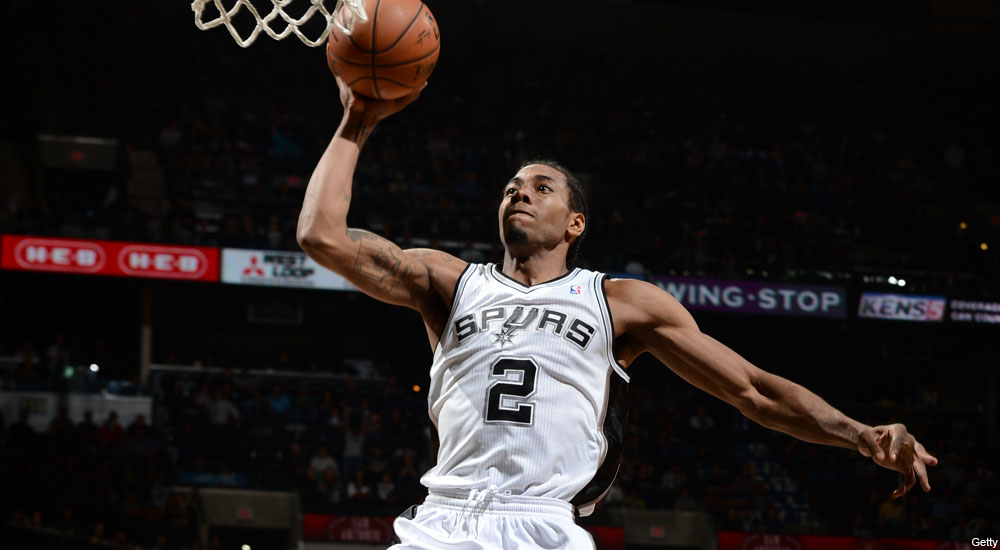 A little over 365 days ago, everything with the San Antonio Spurs seemed picture perfect. The franchise which dominated the NBA over the legendary shoulders of Tim Duncan, had found and firmly established its next superstar in Kawhi Leonard. With a stoic and non-reactive demeanour like his predecessor , Kawhi Leonard seemed like a player who was born to lead the Spurs. He led by example not words, winning a Finals MVP and 2 Defensive Player Of the Year awards in the process. The future of the franchise seemed to be in perfect, gigantic hands.
Fast forward to today and all hell has broken loose. Kawhi Leonard reportedly grew frustrated with the way the Spurs handled his quad injury, and as per ESPN’s NBA Insider Adrian Wojnarowski, Leonard told coach Gregg Popovich, I want out! Now that the unthinkable has happened, let’s take a look at the possible trade destinations and their impact on the NBA landscape.

Leonard has expressed explicit interest in signing for his hometown team. However, the Spurs wouldn’t want to strengthen a conference rival. In case the trade does happen, the Spurs can receive some of the young assets like Lonzo Ball, Kyle Kuzma and Brandon Ingram for Leonard. Lakers on the other hand, can drop all their free agents and create enough cap space to entice Paul George and LeBron James to team up with Leonard. That’s a superteam which can definitely challenge the Golden State Warriors.

Considering the way the young guns of the Celtics played in this year’s playoffs WITHOUT all stars Kyrie Irving and Gordon Hayward, it’d seem foolish to consider trading even one of them away. However, if they can get Leonard without giving Jayson Tatum away, it’ll make the Celtics almost unstoppable on offence. A starting lineup of Leonard, Tatum, Kyrie Irving, Al Horford and Gordon Hayward can light up the scoreboard on any given night. Leonard will also provide a massive boost to the already stellar Boston defence.

Another team loaded with young assets. However, they are unlikely to even consider moving franchise cornerstones Ben Simmons and Joel Embiid. They can offer a package involving Markelle Fultz, Dario Saric, Jerryd Bayless and Robert Covington to the Spurs. Acquiring Leonard will add more bite to their offence, while taking their pre-existing defensive dominance to the next level. Spurs wouldn’t want to trade for Fultz though, since they already have a point guard who can’t shoot, Dejountey Murray.

Creative Ways to Discipline Your Child