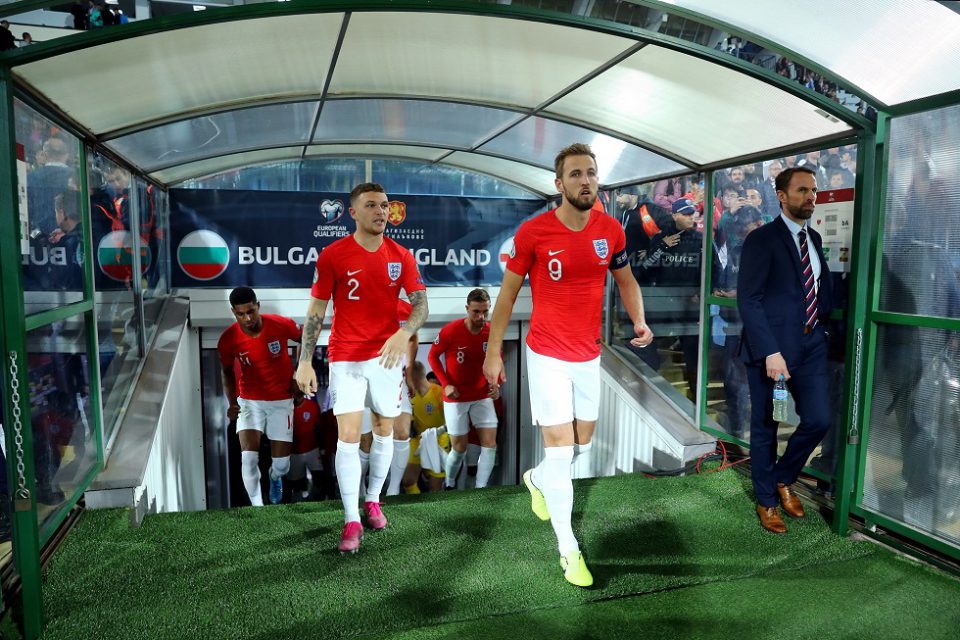 For England fans, the news FIFA was postponing Euro 2020 will have been a hard pill to swallow. But viewed with a “glass half full” mentality and it becomes clear Euro 2021 is an even more attractive prospect.

Gareth Southgate’s men were already tipped among the tournament favourites. However, within a squad that’s still relatively young, the manager will be hoping – if not expecting – another year of maturity to bring with further qualities to a team already brimming with confidence.

You can’t blame them. A terrific run at the 2018 World Cup dared to leave fans dreaming of the trophy once famously held aloft at Wembley in the hands of Geoff Hurst.

Yet, even after England’s loss to Croatia in the semi-finals, the tragic drama often played out in the country’s tabloid media felt oddly bittersweet, as if this England team was just beginning to stamp an authority that could prevail in the upcoming Euros.

37 goals during Euro 2020 qualifying and 17 unanswered goals in their last three internationals would further underline the credentials of a team enjoying the sort of optimism not seen since Terry Venables’ national squad in 1996.

While there’s no way of predicting Gareth Southgate’s injury list next summer, 2020 would have meant entering the tournament with Kane only recently having returned to first team football. Months out with injury would have caused some concern. Now it’s not an issue.

Of the 17 goals scored in the team’s last three international matches, Kane was responsible for five of them, including a hat-trick against Montenegro. There’s no denying it, the Spurs man is integral to this team’s success.

bet365’s football betting odds put England currently joint favourites at 5/1 to win Euro 2021. That says a lot about how far this team has come in the last two years. But even with such a talented squad, it’s hard to believe they would be considered likely champions over joint favourites Belgium or France at 11/2 without the goal threat of Kane.

Boasting an inherent confidence and the sort of leadership quality that has won him acclaim on and off the pitch, Kane showed exactly why he’s so important in November last year when, during England’s 6-0 win against Bulgaria, he acquired three assists to go along with his numerous goals during Euro qualifying.

Described by ESPN as one of the best exponents of the traditional no. 9 role, when fit he offers Southgate a constant outlet, bringing the pace and agility of the likes of Raheem Sterling, Marcus Rashford and Jadon Sancho into the game, providing a dependable end result to their creativity and pace. Kane is relentless as his goal scoring credentials show, winning the praise of his club teammate Son Heung-min who called him “the best player in the world”.

England are going to get better

Harry Kane isn’t the only player fans are salivating over in this current England team. There’s a reason to be excited when seeing the likes of Sterling and Sancho lining up next to each other but they’ve got competition from a number of emerging stars who are knocking on the door.

Indeed, in another 12 months we’ll see just how good players like Phil Foden, Callum Hudson-Odoi, Mason Mount, Reiss Nelson, and Mason Greenwood might be, while Leicester’s James Maddison, who is wanted by a number of big clubs, and the exciting Liverpool right-back Trent Alexander-Arnold have another year to develop. What is for sure, however, is that Kane will remain central to Southgate’s Euro 2021 masterplan.

Joseph Antoine Ferdinand Plateau: The Man Who Laid the Foundation for Film, Television and Gifs