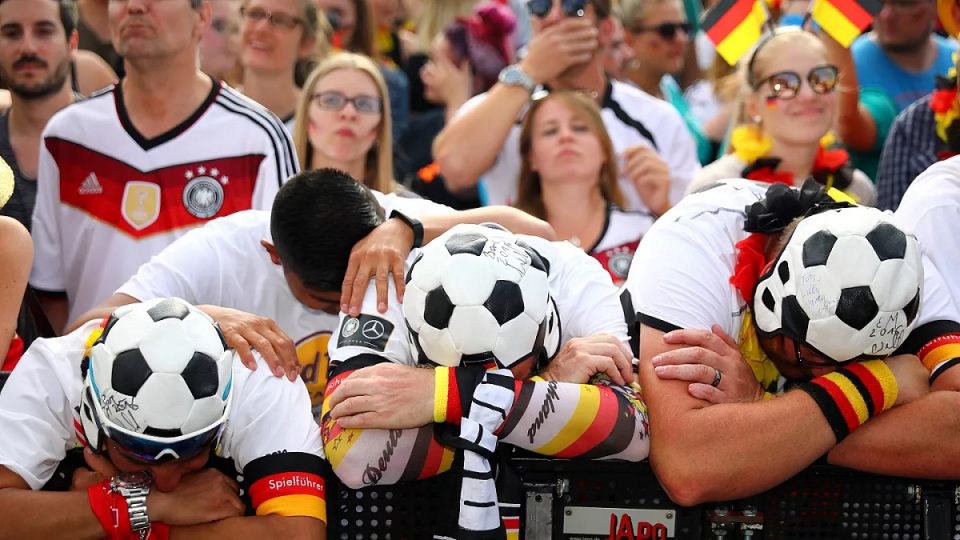 Germany is once again eliminated early at a World Cup. After being on top of the World in the 2014 World Cup, Germany has fallen off the pedestal and has now been eliminated early in two consecutive World Cups. Their star Thomas Muller, who scored 10 goals in his first two world cups, failed to score a single one in the last two. In this post, we will take a look at some of the reasons why Germany failed to perform better at the World Cup. Let’s get started.

Why Was Germany Knocked Out?

One reason for this is the lack of specialists at both ends of the field. Then, of course, there is the question of why. Why is it eliminated now, this German national team? And yes, not in the good old Teutonic manner failed in the semi-finals of the tournament. Or at least tactically figured out like Joachim Low in the semifinals of the EM 2008. But out in the preliminary round, like Qatar or Tunisia. Three games, four points, out without applause.

From athletes who are supposed to report immediately after the worst disappointment of their career, and how it came about, little can be expected that can survive the online reports that have been churned out in haste. Of course, it’s remarkable when Joshua Kimmich reports that it’s the “worst day” of his career and he’s worried about “falling into a hole”. The man has already been eliminated in the preliminary round of a World Cup. But this time everything seems even worse. Because the team had formed a joint travel group in 2018, but didn’t really feel bonded with each other. This time, however, they felt prepared for this very special World Cup. Winter, Qatar, One Love.

A band as an argument for an end even before the tournament has really started is too cheap even for the football bubble, which is known for all sorts of meaningless excuses. When emotions get too much weight, it’s often worth looking at the facts. The German national team has won, lost, and drawn a game. This is neither good nor bad. So average. As the game of the Germans is also so mediocre. Well, there’s an incredible amount going on in the middle. Because there is no striker up front who guarantees goals and there is a lack of quality at the back to let the team fall on the ropes like Muhammad Ali. Let opponents let off steam – and then strike. This team can’t.

It should have been enough for the round of 16 anyway. After the 4-2 win against Costa Rica, they actually blamed the 4-2 win against Costa Rica. Because they weren’t leading by three or four goals in the first half. The Germans would have been guaranteed progress if they had won by at least seven goals in the end. “It was our goal to score two, three, maybe four goals. We had the chances,” said Hansi Flick after the game. Then the pressure on the Spanish team would have increased, who could not have afforded a defeat if the Germans had a thumping victory. Of course, you can wish for two, three or four goals in one half at a World Cup, but don’t expect that.

Flick then also realized that the early departure from the tournament was sealed against Costa Rica, but that the victory was not the cause. “But the end wasn’t decided today, it was the 20 minutes against Japan,” the coach recalled of the first tournament game, when the Germans played a good first half, took a 1-0 lead, and then played the game without resistance out of hand. From players who play for VfL Bochum or Fortuna Düsseldorf.

“We just didn’t have any efficiency in this tournament,” Flick finally summed it up. efficiency. The most used vocabulary in the night of al-Khour. Oliver Bierhoff: “We simply lack the efficiency that the German teams often had.” Thomas Muller said: “In the end, the efficiency wasn’t enough.” All right. Instead of “efficiency” the word “consequence” would have been possible. It was missing on both sides of the field. Not only that the offensive players missed a number of best chances. At the back, Niklas Sule and Nico Schlotterbeck caused the defeat in an ominous performance in the game against Japan. Against Spain, Schlotterbeck had to give way and Sule came too late when Alvaro Morata scored the opening goal. Jurgen Kohler, Berti Vogts, and Karlheinz Forster were really not careful with opponents and the ball. However, it is not recorded that they once came too late into a duel.

World Cup team for Qatar: Many special talents, but not enough specialists

“Efficiency” sounds like the form of the day. But it is more likely a question of quality. The German national team has been eliminated in the preliminary round of two consecutive World Cups. The European Championship ended in the round of 16. In this rather ridiculous Nations League, the team has won three out of 12 games since 2018. There was always a problem somewhere. Rear right, rear left, front. Flick has some special talents, such as the wonderful Jamal Musiala or the recently injured Florian Wirtz. In addition, Leroy Sane, Serge Gnabry, Leon Goretzka, and Joshua Kimmich. Experts in their positions. But there is a lack of specialists at the front and back of the defense. As things stand today, the German football team has reached its lowest point this century. A serious rebuild is needed to bring the team back to its glory days.