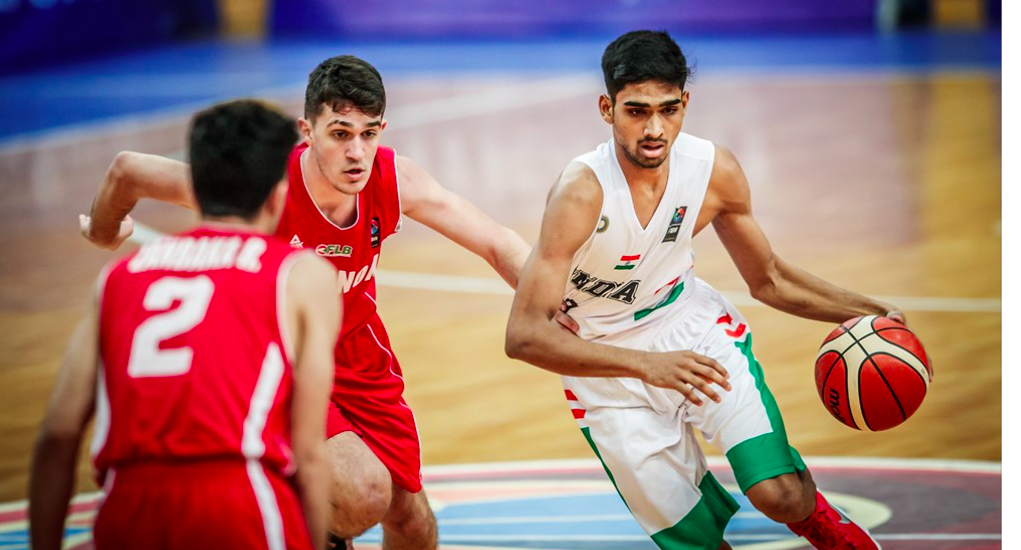 Bengaluru, 4th April 2018: The Indian U16 Men’s Basketball Team lost 81-88 to Lebanon in a nail biting finish in their last game of the preliminary round of the FIBA U16 Asian Championship going on in Foshan, China. After losing to Korea and Japan, this was the last opportunity for both the teams to continue their run at this Championship. Team India is now out of the tournament.

This matchup turned out to be as competitive as it was expected to be as both the teams were trying hard to save themselves from elimination, the first quarter of the game gave a glimpse of how the match was going to proceed as it ended with Lebanon being able to only  take a 2 point lead. In the second quarter Team India’s defence started to deteriorate a bit as a result of which the Lebanese took a 15 point lead at the end of the second quarter but India came back stronger and more determined in the third quarter of the game as they cut the lead short to just 4 points going into the final quarter. In the final quarter both the teams played full court pressure defence and gave very little chance to their opponents to score but in the end Lebanon were able to maintain their lead and thus ending the game with a 7 point victory.

Forward Rajveer Singh Bhati continued to impress as he led the Indian side with 22 points whereas Princepal Singh also dropped 14 points. Captain Harshwardhan Tomar recored another double double scoring 11 points and collecting 11 rebounds, Forward Priyanshu started the game explosively scoring 12 of his 16 points in the first half of the game.  Rayan Zanbaka from Lebanon led all the scorers with 27 points.

The 16 teams qualified to compete are hosts China, reigning champions Korea, Australia, Bahrain, Chinese Taipei, Hong Kong, India, Iran, Japan, Kazakhstan, Lebanon, Macau, Malaysia, New Zealand, Philippines and Saudi Arabia.  Thirteen (13) teams will be divided into three (3) groups (A, B, C) of three (3) teams each and one (1) group (D) of four (4). The best placed Team in each group will qualify directly to the Knock-out stage starting with the Quarter-Finals. 2nd and 3rd placed Teams will proceed to the Play-Offs Round. The 4th placed team in group D will be eliminated.

How to Become a Super Investor

May be last time strategy could work for them

NBA: What’s Going on in the Damian Lillard and Paul George dispute?

Hobbies for Women- Defining Women in a Better and Beautiful Way!