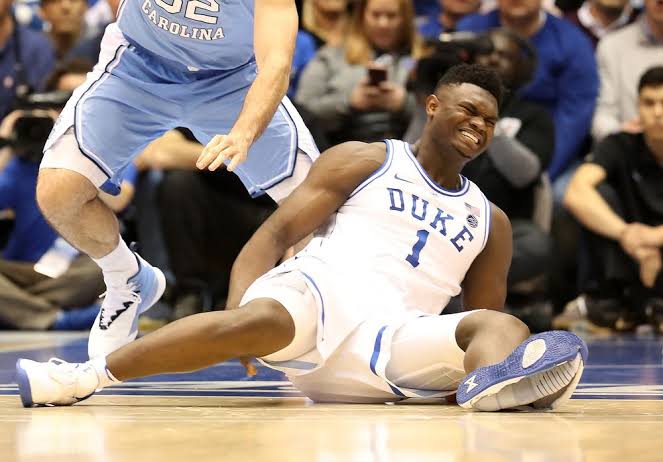 Why College Athletes Should be Paid

Yes! Why? Here’s why: “Should college athletes be paid” is (and has been) a burning issue in the sports world. And this question becomes especially prominent during the time of March Madness, Rose Bowl, Orange Bowl, National Championship Game etc. Aside from the stellar play of future sports superstars, one of the hottest topics for discussion becomes the financial compensation that these spectacularly gifted young adults do NOT receive. A lot of folks who don’t want college athletes to get paid, argue that these students receive scholarships for joining a particular university’s sports program and that should be sufficient as compensation. However, one look at the number of zeros on the revenue generated by college sports, paints a clear picture that those scholarships are nothing more than chicken feed.

Regardless of what one’s opinion and personal bias, ‘Should college athletes be paid’ is definitely a topic worth debating and discussing on. It can not be summarily dismissed as unimportant. A lot of these student athletes have the potential to be the only source of wealth in their family’s history and their playing careers have a very short lifespan. So they need to make money at whatever chance they get.

The college sports merchandising industry is huge. People sporting the gear of their favourite college team is not an uncommon site. Video game makers pay a large amount of money to the NCAA in order to use the players’ likenesses in the game. Absolutely none of that money goes to the players. Let’s take the example of Duke University‘s superstar sensation Zion Williamson. Any video game company that wants to make a video game based on college basketball, would want to include Williamson in the game. Sadly, Williamson won’t get any money for being featured in the game. In fact, all the royalties will be pocketed by the NCAA. On top of that, the NCAA has a permanent revenue stream, Williamson doesn’t. If Zion Williamson leaves for the NBA or gets injured, the NCAA will just replace him with the next star and their revenue stream will flow uninterrupted. However, Zion Williamson only had one chance to earn money as a college athlete and he was never given that chance.

Moving on to the real world, an exciting college athlete can bring a lot of extra revenue to the college in the form of increased ticket sales and lucrative TV deals for playing in big tournaments like the Final Four. The popularity of the top student athletes is so immense that they can even sell out venues for exhibition games abroad. Once again, all these incredible financial benefits promptly skip the pockets of players and go directly into the NCAA’s pockets.

Aside from missing out on financial perks, college athletes don’t have an easy life in general. Being a student-athlete is almost like a full-time job. They need to balance a tightly packed schedule of gym sessions, practice sessions on the court/field, film study sessions and the classes of the course they are enrolled in. Despite being such an important aspect of a student-athlete’s life, college sports are still extracurricular activities in the end. However, the NCAA tournament schedule requires the students to miss a significant number of classes which makes it more difficult for them to maintain the minimum GPA required in order to continue receiving the scholarship. Nationally televised college games generate millions of dollars but the athletes missing classes and performing in it receive nothing from it.

In a capitalist economy such as America, it seems completely unfair that the people doing the hard work to sell the product that is college athletics, do not get any compensation for it. This archaic notion of ‘Amateur Sports’ doesn’t have much relevance in today’s world where college sports is a billion dollar industry. Among all the college athletes, men’s basketball and football players are the ones who bring the largest amount of fan support and generate the highest revenue. The revenue that these athletes generate, helps fund other, less popular programs of the NCAA. Denying them any payment is almost akin to treating them like slaves, where you do all the work, but you don’t get paid.

Being a student-athlete also restricts the amount of time that can be spent doing a part time job to earn some extra cash. Most student-athletes come from impoverished backgrounds and the scholarships only take care of tuition and accommodation. Student-athletes don’t need to be paid as much as coaches, assistant coaches and trainers but giving them at least a few thousand dollars per year can’t be too astronomical of an ask.

NBA legend and one of the greatest college basketball players of all time, Kareem Abdul-Jabbar, talked about his financial struggles as a student-athlete in an article for the Guardian. He said: “Playing basketball at UCLA was a seven-days-a-week job, involving intense practices, learning new plays, playing home games, and traveling around the country to compete against other schools. Our efforts earned millions of dollars for the university, both in cash and in recruiting advertisement to attract new students. But I was generally too poor to do anything but study, practice and play. The little spending money I managed to scrape together was earned on summer jobs. That money had to get me through the whole academic year. It was frustrating to win championship after championship every year, hear thousands chant my name, and then go to my bedroom to count my change so I could buy a burger.”

10 Most Expensive Paintings Ever Sold