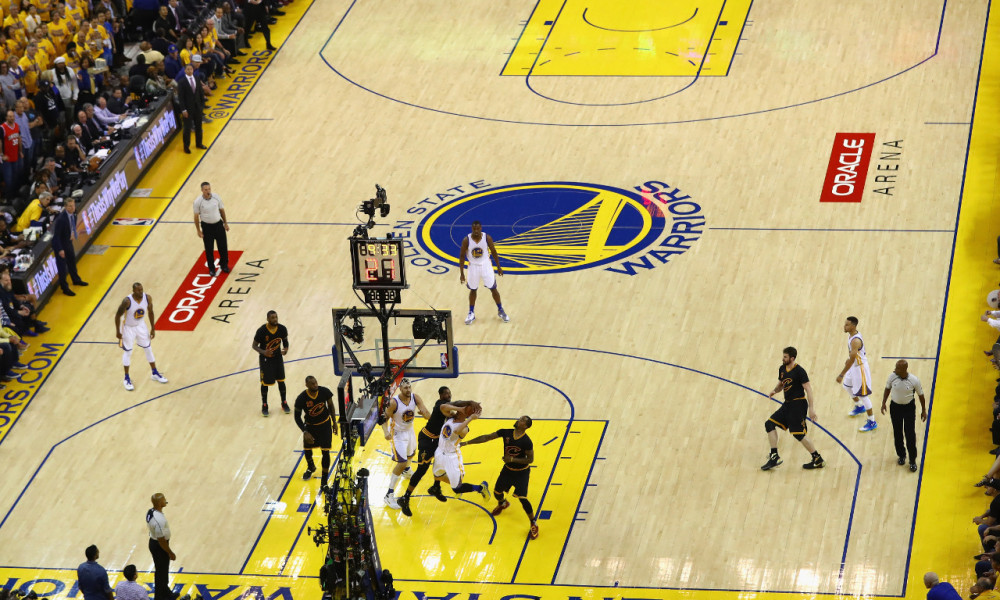 Change is a universal constant. It’s the only thing in the world that is bound to happen. A few seconds ago, you were doing something else. Now, you are reading this article. Even the legendary Bob Dylan sang, ‘The Times They Are A changin’. Well, they weren’t solely changing in 1964 when Dylan wrote the song. They are changing with every passing moment. Somebody discovers or invents something new which slowly but surely trickles down to have an impact on everyone’s lives. Everybody needs to keep up with the times. Going back to Dylan again, “If your time to you is worth savin’…then you better start swimmin’…or  you’ll sink like a stone…for the times they are a changin’.”
The National Basketball Association is not exempt from that and it has always been cognitive of this fact. The rules that govern the way the game is played have always been in a constant state of evolution. Always aimed at making the on-court product more exciting and palatable for the fans. Continuing with that tradition, the NBA’s board of governors are going to bring some key rule changes during the 2018-19 season. Those changes will include simplifying the somewhat confusing clear-path foul rules, resetting the shot clock to 14 seconds instead of 24 after an offensive rebound and expanding the definition of the “hostile act” for an easier triggering of instant replays in such scenarios.
In order to decide on the unanimous recommendations of the league’s competition to the board of governors, the NBA sent a memo to all the coaches and general managers of the league. Voting for the three rule changes will be held between September 21st and 22nd. In order for the rule changes to be passed, atleast a two-thirds majority will be required.
The NBA is not the first basketball league to implement the new shot clock related rule which resets the clock to 14 instead of 24 seconds after an offensive rebound. Basketball’s international governing body, FIBA was the first to implement this rule in 2014. The NBA believes that this rule change will bring an increase to the number of shot attempts, especially during close games. More shots mean more nail biting action and a more thrilling finish to games. Aside from FIBA’s implementation, the NBA also studied the rule by using it in the G League, Summer League and the WNBA.
While the shot clock reset rule is self explanatory, here are the proposed changes to the clear-path rule. Under the new rule, the following instances will govern whether there was a clear path to the basket or not:
• “A personal foul is committed on any offensive player during his team’s transition scoring opportunity.”
• “When the foul occurs, the ball is ahead of the tip of the circle in the backcourt, no defensive player is ahead of the offensive player with the scoring opportunity and that offensive player is in control of the ball or a pass to him has been released.”
• “The defensive foul deprives the offensive team of a transition scoring opportunity.”
The penalty for a clear path foul includes two free-throws and possession of the ball from the sideline, closest to the place where the foul was committed.
This change will eliminate the requirement of the play to start in the back court for the clear path rule to be applicable. Referees would no longer “need to make a judgment call on whether a defender was ‘between’ the offensive player and the basket, or, if a defender is ahead of the player being fouled but not ‘between’ the offensive player and the basket, whether such defender had the opportunity to position himself between the ball and the basket.”
The new and expanded definition of the “hostile act” for triggering replays would now extend beyond hostile player to player interactions. A hostile interaction can now be between a player, referee, coach or fan as well. The players will be better off being at their best behaviour at all times now.
The aforementioned set of proposed rule changes are definitely going to have some impact on the game but they are not going to become the flashpoint for some generational change in the way basketball is played. However, in the long list of rule changes during the course of NBA history, some changes have been extremely pivotal and marked a paradigm shift in the way the game is played. Each of the five rule changes mentioned below revolutionized the game of basketball. The changes were so radical that a lot of the people who played and loved basketball in the era before the rule change found it difficult to digest the changes. A quick glance at the way basketball was played before these rules came into effect, can elucidate the extensive and enriching impact of these changes. Here are the famous five:

1. Free Throws for non shooting fouls while in the penalty

When this rule was implemented, it wasn’t really popular with the fans, players and coaches alike. According to this rule, when a team accumulates five defensive fouls (six in the NBA) in a quarter, every foul from that point onwards will result in the opposition shooting two free throws (in general, free throws are only awarded for fouls committed during the act of shooting). Many people felt that this rule allowed the referees to have far too much control in the game. They could influence the outcome by getting a team into the penalty early on and then just reward the other team with free throws for small fouls. However, the main reason this rule was implemented was to restrict the tendency of defenders to constantly reach into the ball handlers space in order to get steals. Imagine stopping the game every other possession and going to the sideline to make a throw because the defender just won’t stop reaching into the ball handler’s space to get a steal. This rule change has increased the pace of the game and reduced the number of fouls committed every game.

2. Introduction of the Three Point line

The three point line (alongwith the Slam Dunk Contest and some other exciting features) was adopted from the NBA’s rival American Basketball Association (ABA) before the start of the 1979-1980 season. The three point line really opened up the floor and rewarded players for developing the ability of shooting further away from the basket. The days of 10 players just congregating under the basket and trying to get the closest shot possible were done and the game became less scrappy and more finesse driven as a result. It also opened up the driving lanes to the basket. Resulting in an increase in the number of exciting plays like thundering slam dunks and acrobatic lay ups. It also ensured that defenders couldn’t just leave players who were standing far from the basket. Increasing the movement and action levels in a game.
The distance of the Three Point line has been increased by the NBA on multiple occasions also, chiefly to answer concerns such as players being rewarded for just standing at the Three Point line and jacking up shots.

If you are a basketball player, it helps to be big. It was even more important to be big before 1952, when basketball was truly a big man’s game. The goliath centers and forwards could just crowd around the ring and shut it down for everyone else, especially the guards stranded away from the ring. With so many big bodies under the ring, it was impossible for the smaller guards to drive to the basket without getting blocked or fouled hard. So the NBA widened the lane from six to twelve feet, ensuring that the big men don’t shut the driving lanes down. The doubling of the lane saw an offensive explosion in the league. The small guards who would dread approaching the ring earlier, found it a lot easier to reach the ring and finish in style.
Twelve years later, the lane was widened to sixteen feet, increasing the points output of guards even further and making the game a lot faster and dynamic. Without this rule change, the NBA game would still primarily feature lumbering giants fighting for position under the basket and taking shots from a distance of 5 feet or less.

Before the National Basketball Association (NBA), there were the Basketball Association of America (BAA) and the National Basketball League (NBL). In 1947, the BAA banned zone defence and a lot of fans went crazy. However, this radically changed how defence was played. Upon the BAA’s merger with the NBL to form the NBA in 1949, the rule was sustained.  Zone defence was re-introduced in the NBA during the 2001-2002 season. However, by this time it was no longer the primary defensive strategy of any team and used very rarely. The prevalence of man-to-man defence in the NBA has made the game a lot faster and dynamic where the players move around the court, instead of standing in their specific area or ‘zone’, and waiting.

5. Introduction of the Shot Clock

When it comes to increasing the speed, pace and tempo of a basketball, the Shot Clock has had the same impact as the Nitrous Oxide (NOS) boost has on a car’s speed in street racing. What is basically a humble 24 second countdown timer, has revolutionized the game of basketball at every possible level, professional and amateur included.
One of the most famous reasons behind the introduction of the Shot Clock was the dreadful Fort Wayne Pistons vs Minneapolis Lakers game on November 22nd, 1950. The Pistons won that game 19-18!! A common purveying myth is that the NBA introduced the Shot Clock right after that game. However, the Shot Clock was introduced during the 1954-55 season, four years after that infamous game. But the game did start the conversation about doing something to stop teams from holding on to the ball for an unreasonably annoying and extended period of time.