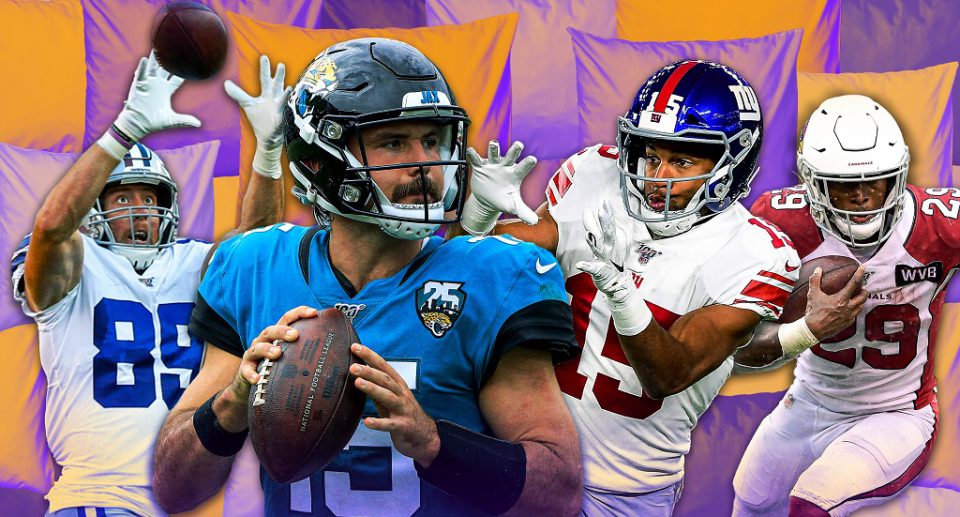 The 2021 NFL season is finally underway and from the get-go, it has not failed to disappoint at all. Now, while the season is still only just getting started, with the vast majority of the action still to come, let’s turn our attention to a major topic of conversation that most football fans who love to bet on NFL action are always keeping a close eye on, who the best candidates to win the NFL MVP award are.

While there are some names that automatically pop up in every football fans’ minds when it comes to talking about MVP candidates, here we give you our picks for favorite player to win the award, the sleeper candidate that should be getting more attention, and a long-shot candidate who with a stunning season could tip the scales in his favor.

Of course that our favorite player to win the 2021 MVP award is none other than Chiefs QB Patrick Mahomes. To say that Mahomes has transformed the city of Kansas City, their football team and the sport of football in general could even be considered as threading lightly. Ever since coming into the league in 2017, Mahomes has become the new face of the NFL with him being in MVP contention in all the years he’s been a full time starter in the league. After having won said award in 2018, posting one of the best seasons that fans have seen in a long time with 50 touchdowns thrown and over 5,000 passing yards under his name, his legend status has only continued growing as time continues to pass.

Every single NFL expert and analyst has Mahomes as their top candidate for the coveted 2021 NFL MVP award, beating out players like defending Super Bowl champion Tom Brady, reigning league MVP Aaron Rodgers and standout emerging superstar Josh Allen. With a new revamped offensive line, something that could’ve helped him in great ways in last season’s Super Bowl loss against the Buccaneers and his favorite go to offensive weapons, Tyreek Hill and Travis Kelce all there to play as perfect companions for Mahomes, there’s no real questioning why he’s everyone’s favorite to win. If Mahomes is able to put up yet another stellar season and lead the Chiefs to their third straight Super Bowl in as many years, the award will be his by a landslide.

While there are some teams that pride themselves on their “teamwork makes the dream work” mentality, others have a more than apparent need for a specific player to lead them week in and week out into battle, like the Dallas Cowboys and their dependency on Dak Prescott and what he brings to each game he plays in. If we take into account the numbers that Prescott put up last season in the five games he played before being sidelined with a season ending injury, you could tell that the Cowboys QB was on his way to posting the best season ever by a QB in regards to total passing yards in a season, passing yards per game average and more. You could tell just by looking at how the Cowboys played last season without their star QB that this team is totally Prescott dependent.

With Prescott back in full health this season, the Cowboys once again look like a team ready to battle anyone and everyone that gets in the way of their postseason aspirations. Even in their losing effort against the Buccaneers in Week 1, Prescott’s performance eclipsed Tom Brady’s outing and in all honesty, if it wasn’t for Brady’s last-minute magic, the Cowboys could have taken the game. If Prescott is able to average at least 350 passing yards per game, he will be much more than set to break Peyton Manning’s season passing yards record from 2013 as well as being the first QB ever to pass for more than 6,000 yards in a season. While all of this sounds amazing, take into account as well that if Prescott is able to fully return to his best form, he could perfectly well end up being the reason as to why the Cowboys become a threat in the league once again. All those sound like solid reasons to consider him for the MVP award if you ask me.

In the history of the NFL, only eight players have been able to rush for 2,000 or more yards in a single season. Six of those players are retired, Adrian Peterson is more likely to be on his way to retirement than to try and rush for 2,000 yards this season, and then there’s Titans RB Derrick Henry. Just like NFL pundits can argue that Patrick Mahomes has helped change the way we understand the position of QB in the game of football, the same could be said about Derrick Henry and the way he performs week in and week out as the starting RB for the Titans.

While the Titans can brag about having one of the best, if not the best duo of receivers in the league with A.J. Brown and Julio Jones, and one of the better QB’s in the league with Ryan Tannehill, it’s nobody’s secret that the Titans offense is built and cemented around Derrick Henry and his powerful rushes. His aggressive, even bully style of running the ball, with a stiff arm that could help him break through a wall has made him the most dominant RB in the league. It’s not often that you see an RB with his frame and weight be so agile while still acting as a wrecking ball through defenses, but Henry makes it look easy. If he’s able to surpass the 2,000-yard mark once again, making him the first player in NFL history to do it not only twice, but in consecutive seasons as well, there’s no real discussion as to why he should or shouldn’t receive the MVP award this season.

Essential Lifestyle Changes You Can Implement to Prevent Strokes