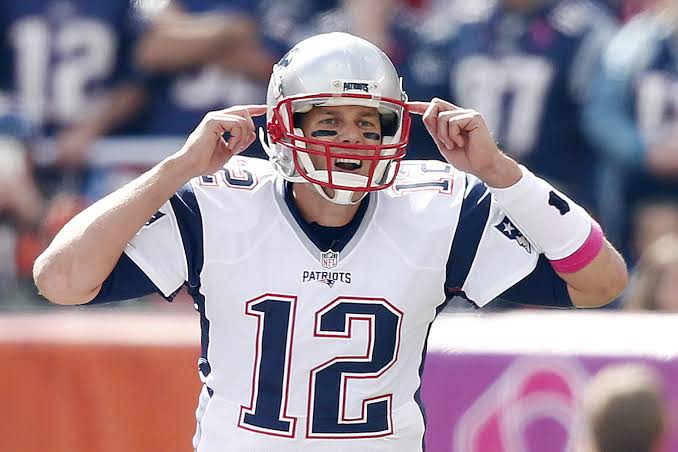 A lot of the great Quarterbacks in NFL History have got many nicknames. Joe Namath is Broadway Joe Namath, Roger Staubach is Captain Comeback, Terry Bradshaw is the Blonde Bomber, Joe Montana is the Comeback Kid, Jim Kelly is Machine Gun Kelly, Peyton Manning is the Sheriff, Russell Wilson is DangeRuss, Drew Brees is the Breesus and Tom Brady is Tom Terrific. However, have you ever wondered why a Quarterback is called a Quarterback? Here’s why. And before you say it, no, it’s not because they take up a quarter of the team’s salary cap or because they end up dating over a quarter of all the beautiful women in the world.
When you look at the names of positions on an NFL field, there are quite a lot of ‘backs’. On defence, there’s the Nickelback, the Dimeback and the Cornerback. Even the guys in the middle are called Linebackers. On offence, you have the Fullback, the Halfback and the Quarterback. Ok, as logical as it might sound, these three are not named based on their relative physical stature. To find out the reason behind the nomenclature, we need to take a dip into the pages of history.
When Walter Camp invented Football (the American kind) in the late 19th century, its early beginnings were a crude version of rugby. But in 1880, the line of scrimmage was invented after a rules committee meeting, and only one player could receive the snap. That player was NOT called a Quarterback, but a Blocking Back instead. The Blocking Back wasn’t allowed to run or pass forward and could only hand the ball to a running back (kind of like Blake Bortles and Colt McCoy in today’s NFL). Behind the Blocking Back, teams were allowed to have two running backs to run the ball. The running back who was furthest from the line of scrimmage was called the Full Back, the running back who was halfway through the distance between the Full Back and the line of scrimmage, was called the Half Back and the player halfway between the Half Back and the line of scrimmage was called the Quarter Back. Basic fractions were at work there.
Initially the Fullback was the featured running back for the team and the Halfback’s main responsibility was blocking. Even the Quarterback’s role was that of being a blocker, so much so that he took the majority of the biggest hits down the middle. Can you imagine Tom Brady and Soni Michel trying to stop Aaron Donald from wrecking your offensive scheme as James Develin blazed through the gap for a touchdown? Yes, even I can’t imagine that.
It wasn’t until 1906 when the forward pass was legalized that the quarterback started turning into the most crucial player on the field. Simply because he possessed an ability to do something which very few players could i.e. throw the ball accurately over long distances and through tight windows. As the game evolved, the Halfback became the featured running back and the Fullback became the lead blocker. However the archaic naming system hasn’t changed even after the positions have switched and the offensive game plans of teams have started utilizing these players in very different ways. As the quarterback position grew in prominence, a need to ‘protect the quarterback’ was also born (watch the intro of Sandra Bullock’s The Blind Side for a clearer understanding of this idea or just watch it because it’s an awesome movie).

What new feature came along in WordPress 5.0?