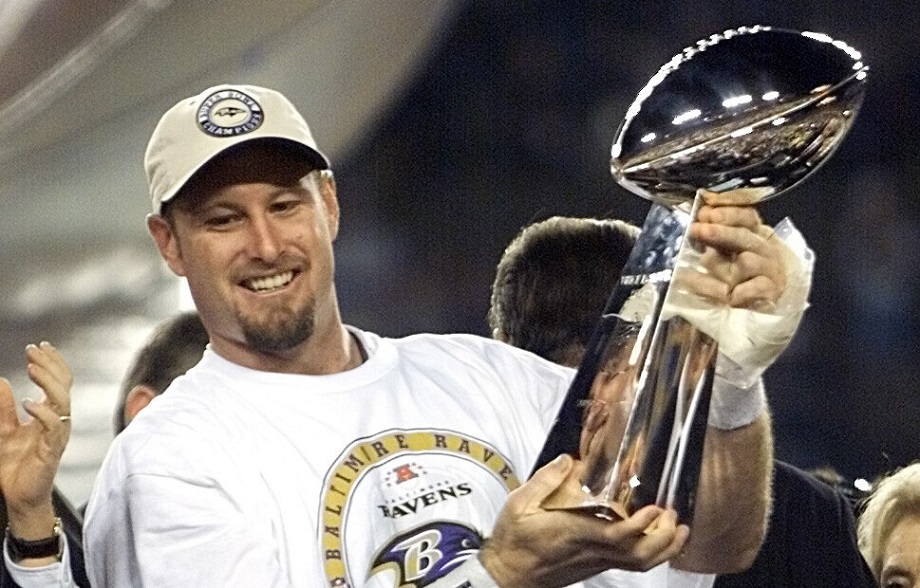 Over the 52 years of Super Bowl history, 32 different quarterbacks have held the Lombardi Trophy at the end of Super Bowl Sunday. The wonderful NFL Films archive is filled with highlights of glorious quarterback play during Super Bowls. From Joe Montana‘s delicious dimes to Jerry Rice and John Taylor, to John Elway‘s ‘helicopter’, to Tom Brady leading the his team back from a 25 point deficit. However, every quarterback who has won the Lombardi Trophy hasn’t been a Hall of Famer. In fact, some of them have been downright dreadful, cementing American Football’s position as possibly the most team oriented game ever.
In the first half of the Super Bowl era, the quarterback’s abilities didn’t really determine a team’s success. Most of it was predicated on a formidable defence and a dominant running game. However, in the more recent years, the importance of a quarterback has magnified manifold. Super Bowl LII is the prime example for that. Quarterbacks Tom Brady and Nick Foles threw for a total of 878 passing yards. So much was their dominance in every facet of the game that the most iconic play, the ‘Philly Special’ was a trick play run by the Eagles where quarterback Foles caught a pass for a touchdown. Quarter backs like Drew Brees, Peyton Manning and Tom Brady have shattered one long held passing record after another and young superstars like Patrick Mahomes, DeShaun Watson and Andrew Luck seem to be destined for breaking many more records in the future.
However, even in this era of dominance, there have been below average quarterbacks who have been carried all the way to the top of the Super Bowl peak by their teammates. Let’s take a look at three of them.

The term ’85 Bears’ usually elicits responses such as ‘dominant defence’, ‘Mike Singleterry‘, ‘Mike Ditka‘, ‘Walter Payton’ and ‘Super Bowl Shuffle’. Much, much, much, much further down the list comes the contribution of quarterback Jim McMahon. During the 84-85 season, McMahon threw 15 touchdowns to 11 interceptions during the season for a 15-1 record. During the playoffs, McMahon went 3-0 as his team’s dominant defence allowed the opponents to score zero, zero and ten points respectively. Even during the 46-10 rout of the New England Patriots in the Super Bowl, McMahon didn’t throw a single touchdown pass as Defensive End Richard Dent was adjudged the MVP. After an injury against the Green Bay Packers next season, McMahon finished his career as a back up quarterback with the Philadelphia Eagles.

He is the perfect example of an ‘adequate’ quarterback who won a Super Bowl with the Tampa Bay Buccaneers because of his great supporting cast on offence and a legendary defence that was so dominant that it outscored the offence on some occasions. With offensive stalwarts such as Mike Alstott and Keyshawn Johnson, and a defence stacked with future Hall of Famers Warren Sapp, Derrick Brooks, Ronde Barber, Simeon Rice and John Lynch; all Johnson had to do was not screw up. To his credit, he didn’t. He threw 22 touchdowns and only 6 interceptions on the way to a Pro Bowl. But it was the defence which made 40 interceptions during the season and held opposing quarterbacks to a 48.4 passer rating which led to a dominant Super Bowl victory where the defence scored three touchdowns for the Buccaneers.

He is usually the consensus pick for the ‘worst quarterback to win a Super Bowl’. He also has the dubious distinction of being the first and only quarterback to be ejected from a game. After having an unsuccessful stint with the Tampa Bay Buccaneers where he usually threw more interceptions than touchdowns, he latched on to the Baltimore Ravens prior to the 2000 season. After replacing starter Tony Banks, Dilfer struggled to make an impact and the Ravens offence failed to score a touchdown in five straight weeks, relying heavily on a dominant Ray Lewis-led defence. In the playoffs, Dilfer was helped by some brilliant playmaking by Hall of Fame Tight End Shannon Sharpe and gave the defence enough points to work with. In the Super Bowl, he threw a touchdown pass and then just cleared the way for the defence and the special teams to help win the game for the Ravens. Linebacker Ray Lewis won the Super Bowl MVP and Dilfer delivered his infamous ‘Disneyland’ speech. Dilfer never made the playoffs for the rest of his career.