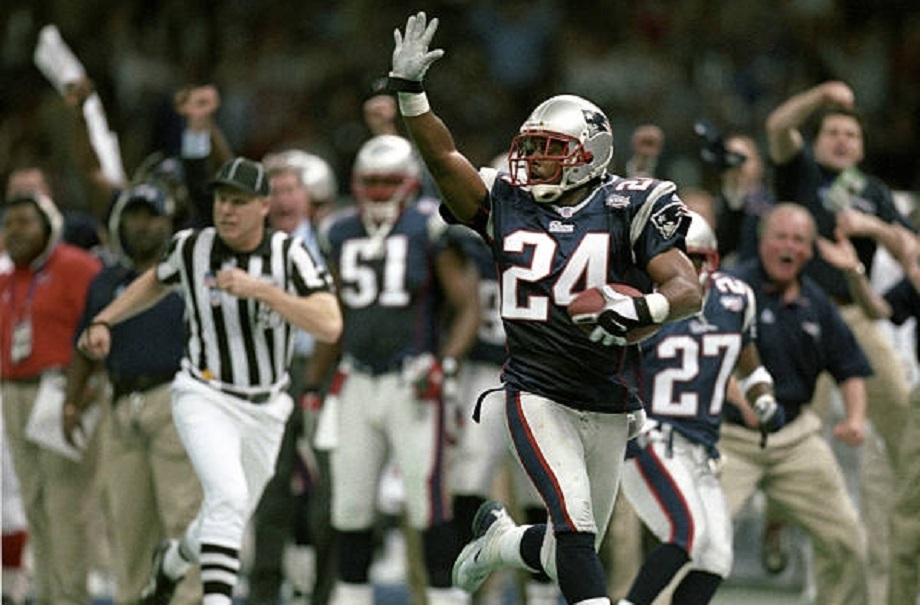 Penalties in the NFL are always a hotly debated topic. Every time a referee throws the yellow flag on the field, somebody is bound to go home unhappy. Holding, pass interference, unnecessary roughness, the list goes on. Referees seem to be the top item in every salty fan’s ‘why my team lost’ list. With new discoveries about concussions and long term physical and mental damage being suffered by players, the NFL keeps trying to tweak the rules in one controversial way after another. However, today we will look at players who pretty much caused the NFL to change the rules because of their on field actions. We will be looking at dirty/sneaky players who were so flagrant in their (back then) legally malicious plays that the rules committee immediately banned their actions.

Everyone went against the Law, and the Law always won. In this case, even the NFL lost against the Law for a moment, before they, ahem, changed the law. Most people who don’t hate the New England Patriots (such people form one of the smallest demographics on the planet), might opine that it’s unfair to just call out Ty Law for this rule change. But he was the most prominent cornerback of the 2003 Patriots team that absolutely molested the high flying Indianapolis Colts offence in the AFC Championship Game.
With an average of over 262 yards per game, the Colts passing offence was ranked #1 in the league. However, the Patriots literally ‘held’ them to just 14 points for the game and legendary quarterback Peyton Manning threw four interceptions. Wide receivers Marvin Harrison and Reggie Wayne were grabbed and thrown down on the turf by the Patriots Defensive backs regularly. After vociferous complaints from the Colts and everybody not from New England, the league instructed the referees to be very strict when it came to enforcing illegal contact and defensive holding penalties.

Steve Tasker (Running out of bounds during Special Teams plays)

Tasker was a relentless Special Teams player who figured out a way to (literally) circumvent the rules during Special Teams plays. The seven time Pro Bowler would routinely run out of bounds to avoid blockers and then run back on to the field to lay the hammer down on the ball carrier. Doing this throughout his career, he became an absolute special teams legend and forced an obscene amount of fumbles. In 2010, this practice was banned by the NFL and a 15 yard unsportsmanlike conduct penalty was imposed on the team for flouting this rule.

Jerome ‘Bus’ Bettis (Calling the coin toss before the flip)

The Bus is not necessarily known for being a dirty player. The hefty Pittsburgh Steelers running back was more well known for his significant size rather than being dirty. The Bus usually ran clean. However, in 1998, he thought he was being very sneaky during a Thanksgiving game against the Detroit Lions. After the score was tied during regulation, the referees brought the team captains to the centre of the field so that they can decide who gets the ball first during overtime via a coin flip. During the flip, it appeared that Bettis had called Tails and the Steelers had won the toss. However, the referee clarified that heads was the call and the Lions had actually won the toss. The Lions received the ball and kicked a field goal on the opening possession to win the game. Back then, overtimes were of the ‘sudden death’ variety, even for field goals.
In the aftermath, the Steelers organization went crazy and tried to throw the referee under the bus (pun intended). Jerome Bettis went as far as to accuse the referee of lying. However, an audio clip released few days after the game showed that Bettis had actually said ‘head..tails’ while the coin was flipping in the air. A sideline conversation between Bettis and a fellow Steeler confirmed that he had actually said ‘head..tails’ during the coin flip. The League Commissioner took immediate action and promptly changed the rule to ensure that such an event doesn’t happen again and team captains need to make a call before the coin is flipped nowadays.

Cricbuzz Live: All You Need to Know